The History of The Sovereign & India 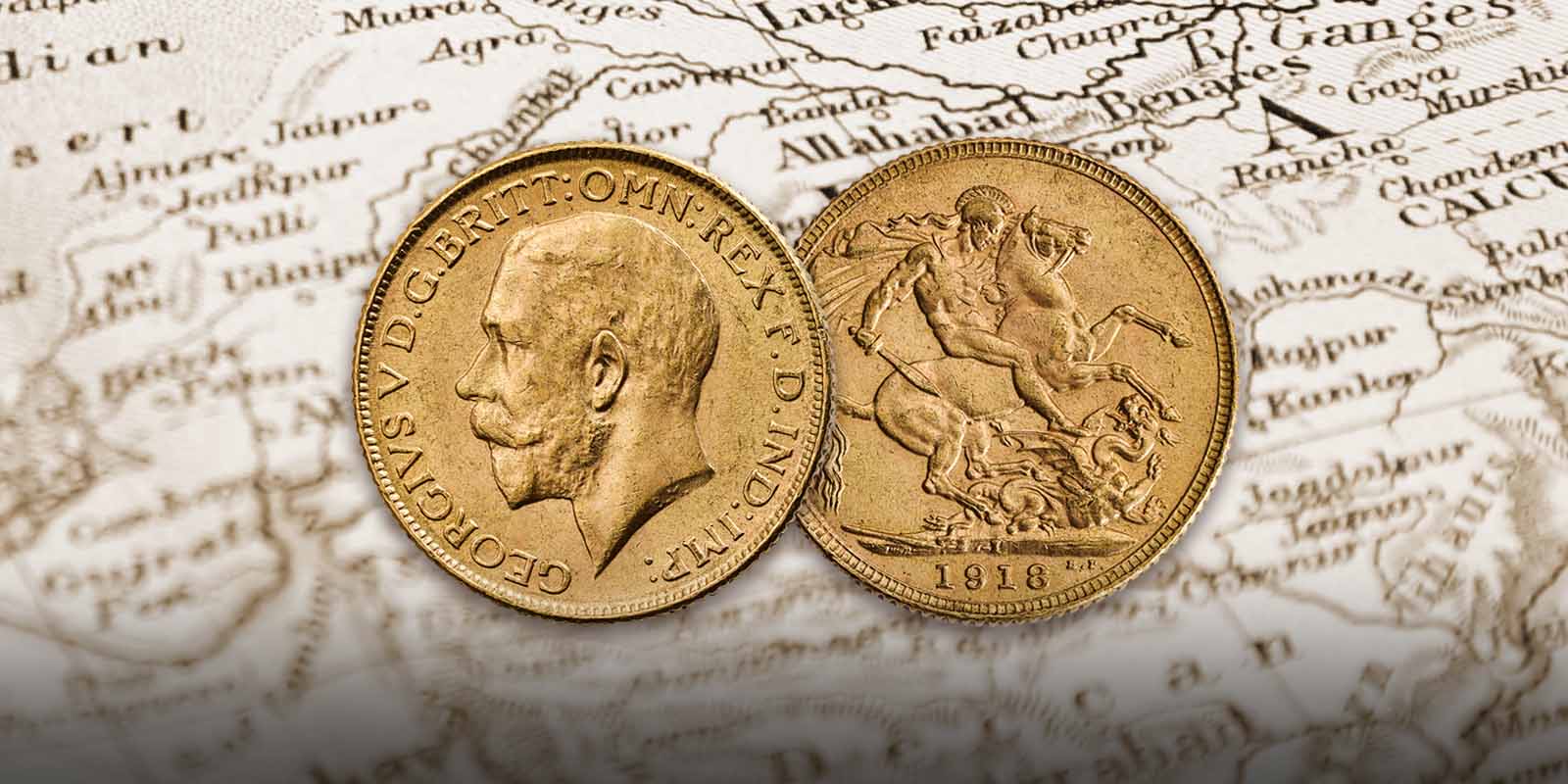 The Sovereign is one of the most well-known gold coins in the world. Its story begins more than 500 years ago with the rise of the Tudor dynasty and includes periods where its future was far from certain. As well as being a renowned British coin, The Sovereign became significant in other countries as Britain developed trade routes and expanded its economy from the eighteenth into the nineteenth century.

The Sovereign has a history that no other coin struck today can match. It was established in 1489 when the first Tudor king, Henry VII, demanded a ‘new money of gold’. England had circulating gold coinage for over 100 years before this time, but the new coin was to be the largest coin ever seen in the country, both in size and value, and was to be called a Sovereign. It was struck in turn by each of the Tudor monarchs, coming to an end early in the reign of James I, when the crowns of England and Scotland were united. A Sovereign was not to appear again for 200 years.

Following the defeat of Napoleon at Waterloo, a great coinage reform was undertaken in Britain and gold was adopted as the ‘sole Standard Measure of Value’. As the Gold Standard was introduced, a new gold 20-shilling coin was created and given the revived name of Sovereign. Almost half the weight and diameter of the original Sovereign, the new gold coin of 1817 more than matched its predecessor in the beauty of its design. The traditional heraldic reverse was abandoned in favour of a Greek-inspired St George and the dragon by the Italian engraver Benedetto Pistrucci, a design of great classical beauty and widely recognised as a masterpiece of numismatic art. 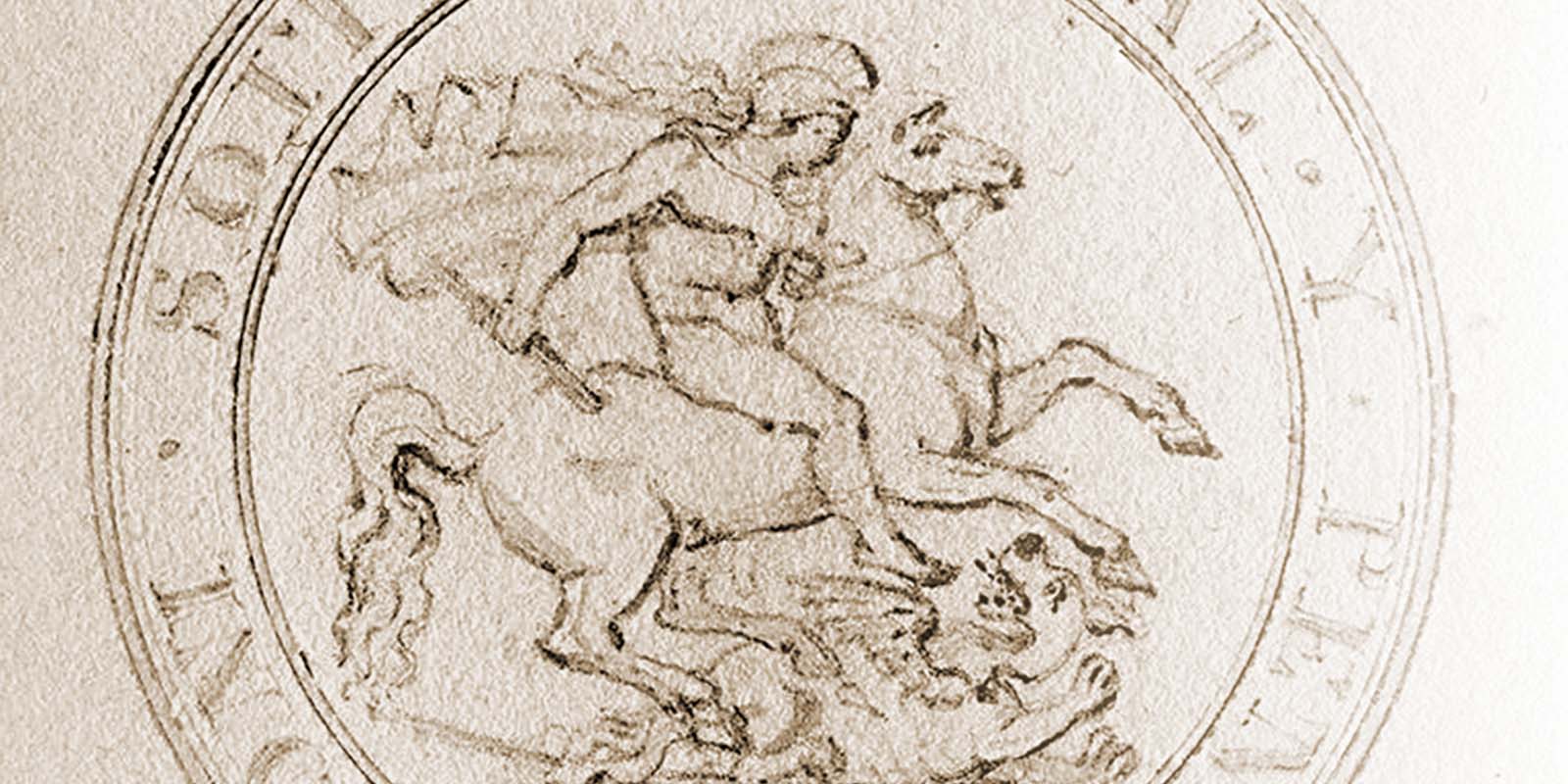 The Chief Coin of the World

As the British Empire grew and trade expanded in the nineteenth century, The Sovereign became a trusted coin in many parts of the world. When gold was discovered in Australia in 1851 it became clear that the demand for gold coins in that region could be met from there rather than shipping from The Royal Mint in London. The first branch mint was established in Sydney in 1853 (opening in 1855), with other branches following in Melbourne (1872) and Perth (1899).

Gold Sovereigns struck in Australia became established in India, as it was easier to transport them there and also because of the design and the colour of the gold. Sovereigns with the shield design (more prevalent on the branch mint coins) were more popular than those displaying St George and the dragon and the yellow colour of the gold was favoured over the redder colour of coins made at The Royal Mint. Many Indian banks had agents in the Australian goldfields to buy the gold at source, to be minted and then sent via Sri Lanka to India.

As in many other parts of the world, people in India trusted The Sovereign, as they knew it contained a precise amount of gold. The coin was seen as a store of wealth and was often given as a gift, sometimes by being incorporated into items of jewellery.

By the 1880s, The Sovereign was circulating widely in India, as stated by C. Daniell in The Gold Treasure of India, published in 1884: “The sovereigns of the Royal and of the Australian Mints are to be brought in every large town in the country, and are daily quoted in the exchange tables published at the capitals. The amount of these coins in India may probably be numbered by the million. Sovereigns can be said to circulate in India in the sense that they daily change hands.”

In 1917, at the request of the Indian government, arrangements were made for Sovereigns to be minted in India itself. The Bombay Mint Proclamation of 21 December 1917 authorised the establishment of a branch of The Royal Mint, which was constructed within the grounds of the existing mint and was equipped with striking blanks by the Bombay Mint. Over one million Sovereigns were struck in 1918, distinguished from other Sovereigns by the inclusion of a small ‘I’ mint mark, but by 1919 no blanks were forthcoming and the branch mint closed.

The Sovereign is still a popular gold coin in India, so much so that Sovereigns with the Indian mint marque have been struck there in recent years. Sometimes referred to as the ‘ginni’ by people in India, The Sovereign continues to be admired and treasured for its beauty, accuracy and dependability. 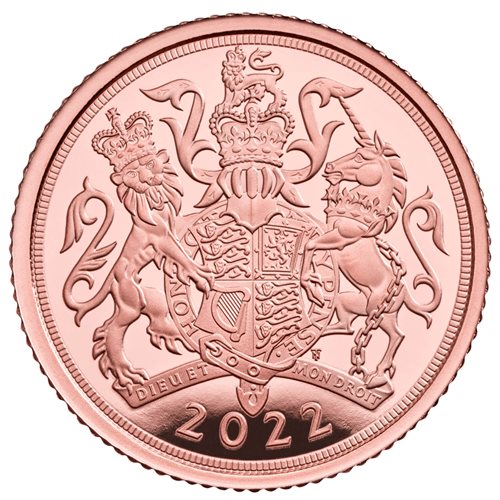 The Sovereign was first introduced in 1489 when Henry VII demanded a ‘new money of gold’ to represent the power of his reign. Issued by every monarch who followed until early in James I's reign, the coinage reforms of 1816 brought forth a new Sovereign, featuring Benedetto Pistrucci’s masterful St George and the dragon design. 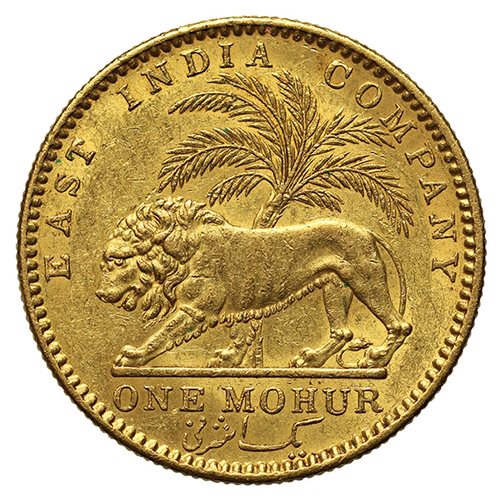