David Bomberg – Artist and Sapper
Explore poignant stories of war as we mark the 100th Anniversary of the First World War. 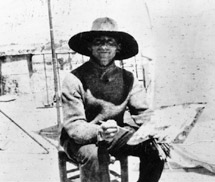 Born in 1890, artist David Bomberg grew up in London’s East End. His mother Rebecca encouraged his talent and thanks to a grant from the Jewish Education Art Society, he gained a place at the Slade School of Art in 1911. Closely associated with the radical Vorticist group, here Bomberg created some of his most famous geometric works.

Enlisting as a sapper (military engineer) in 1915, he was sent to the Front just weeks after marrying Alice Mayes in March 1916. The war would take its toll on the young artist. Bomberg lost many friends, including the poet and artist Isaac Rosenberg, his brother and the critic T. E. Hulme, an early champion of his work.

During his first year at the front, Bomberg shot himself in the foot. It is not clear whether this act had been deliberate or not but he was tried by Court-Martial on 16 July 1916 for 'neglect to the prejudice of good order and military discipline, negligently discharging his rifle, thereby injuring himself in the foot.' Bomberg was sentenced to one year’s hard labour 'commuted to one of three months of Field Punishment No1' – being placed in restraints and tied to a fence post for up to two hours each day. This was a common punishment during the First World War.

Recovering in hospital he observed and sketched other wounded soldiers. Returning to action, his drawing skills were put to good use, plotting the position of two observation posts in the drawing Field of Fire. This lead to a commission from the Canadian War Memorials Fund to memorialise one of the most ambitious tunnelling projects of the war.

Geological section diagram dating to the opening day of the Battle of Messines showing mine craters between Hill 60 and Ploegsteert in Belgium, 7 June 1917. The battle opened with the detonation of 19 large mines under the German front line along the Messines Ridge. © IWM (Q 51830)

In 1916 Allied sappers began tunnelling under Hill 60 at St Eloi, reaching enemy lines eight months later and detonating the largest mine of the war. 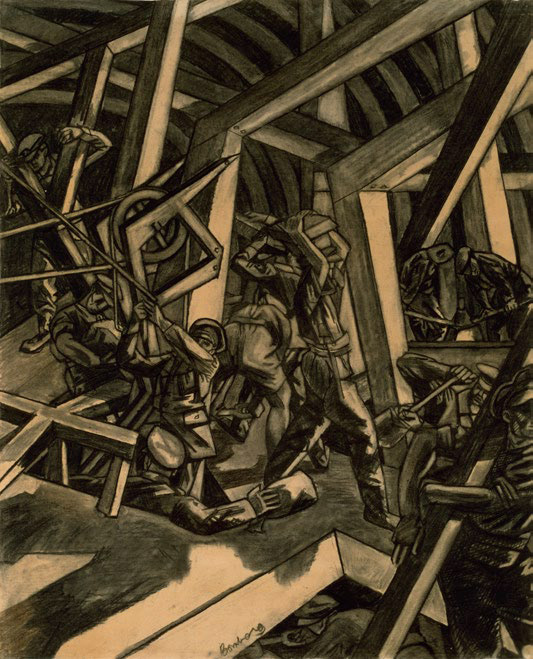 Bomberg was asked to produce a large canvas commemorating this activity but was warned that 'cubist work would be inadmissible for this purpose.' Much to his anguish, Bomberg's first effort was rebuffed. This was a huge blow to his morale, but his wife, Alice, persuaded hom to produce an alternative that now resides in the National Gallery of Canada. IWM has a prepatory sketch for this second version (see above image). This rejection combined with his war experiences had a profound effect on his output and Bomberg never returned to this mechanised style, focusing instead on landscape painting in a broader and more expressive style.