What Made D-Day
Possible?

What Made D-Day Possible?

D-Day was the largest amphibious assault in military history, involving 6,939 ships and landing craft, 11,590 aircraft and 156,115 ground and airborne troops. D-Day was the beginning of Operation Overlord, the mission to gain a foothold in France and begin the liberation of Europe. With so much at stake, D-Day required extensive planning and a huge amount of resource and international coordination.

D-Day required unprecedented cooperation between international armed forces. The Supreme Headquarters Allied Expeditionary Force (SHAEF) was an international coalition and although the Allies were united against Germany, the military leadership responsible for 'Overlord' had to overcome political, cultural and personal tensions.

By 1944, over 2 million troops from over 12 countries were in Britain in preparation for the invasion. On D-Day, Allied forces consisted primarily of American, British and Canadian troops but also included Australian, Belgian, Czech, Dutch, French, Greek, New Zealand, Norwegian, Rhodesian and Polish naval, air or ground support.

Control of the Skies and Shipping Lanes

Sustained bombing of industrial targets from 1942 onwards forced Germany to divert resources away from Normandy in order to defend its homeland. Supremacy in the skies allowed the Allies to carry out vital reconnaissance on German defences protecting the French coast, while control of the sea lanes allowed the Allies to ship essential supplies from the US across the Atlantic to Britain where factory production also went into overdrive. Resources were stockpiled ahead of the invasion and troop numbers swelled. In the first half of 1944 approximately 9 million tonnes of supplies and equipment crossed the Atlantic from North America to Britain. 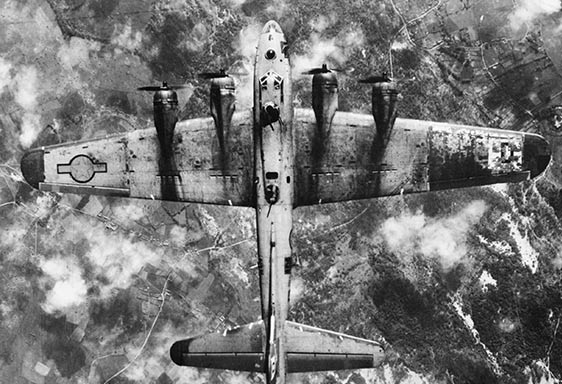 Prior military operations were critical in paving the way for D-Day. The Allies learned vital lessons from the failed raid on Dieppe in 1942 – namely the importance of taking out coastal gun emplacements before trying to land troops on the beach– and also the landings at Anzio earlier in 1944, where they squandered the advantage of surprise by digging in to await German forces.

Deception campaigns were developed to draw German attention – and strength – away from Normandy. Fake radio traffic and decoy equipment – including inflatable tanks and dummy landing craft – mimicked preparations for a large-scale invasion aimed at the Pas de Calais. Double agents also delivered false information to reinforce this deceit both before and after the Normandy landings.

This sustained deception campaign was successful in drawing attention and resources away from the planned landing grounds, even after the operation was underway. 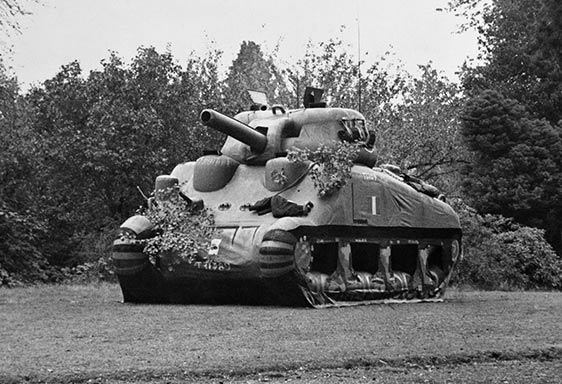 D-Day was the first stage of the Battle of Normandy.

Read more about the campaign

D-Day was the first stage of the Battle of Normandy.

Read more about the campaign