The Battle of Normandy | The Royal Mint

The Battle of
Normandy

The D-Day landings were hugely significant but establishing a foothold was just the first step in the Normandy campaign. With the beachheads secured, Allied troops were faced with the monumental challenge of advancing further inland.

The Normandy countryside posed its own unique set of challenges. The bocage – fields flanked by huge hedgerows – afforded the Germans plenty of cover for anti-tank and machine guns. This terrain made for slow, hazardous progress in an area now reinforced by experienced Panzer units.

US Sherman tanks lacked the firepower of the German Tigers and their vulnerable bases were exposed as they moved up and over the hedgerows. The Tiger tanks had more firepower but weren’t without weaknesses. They struggled in the sunken roads, confining them to fields where they were vulnerable to air attack from tank-busting RAF Typhoons, and fuel supplies were intermittent as supply routes were disrupted.

The fighting was intense. German commanders knew they had one chance to push the Allies back. The further Allied forces were able to advance inland, the weaker the German position became. Defeat in Normandy would in turn mean defeat in France, followed by an inevitable march on Berlin.

Infantry of the 6th Battalion Royal Scots Fusiliers advancing through the village of St Mauvieu-Norrey during Operation Epsom, 26 June 1944. © IWM (B 5968)

By the end of June, the Allies had liberated Cherbourg. The capture of the port, along with control of the English Channel, meant supplying Allied forces was relatively straightforward. This was in stark contrast to the German army as Allied bombing raids and the actions of local resistance groups severely disrupted supply lines.

In July the Allies achieved another key strategic objective, winning the Battle of Caen beyond which lay open country suitable for the deployment of armoured formations and the construction of airfields. The Battle of Normandy didn’t bring the war to an end but it paved the way for the Allied victory. More heavy fighting followed and by August 1944, the German army was in full retreat from France. In desperation, Hitler launched a counter-offensive in the Ardennes in December. Despite some early success this was contained by US forces. Allied Forces crossed the Rhine, the last major obstacle in their path, on 23 March 1945. The full German surrender followed on 7 May. 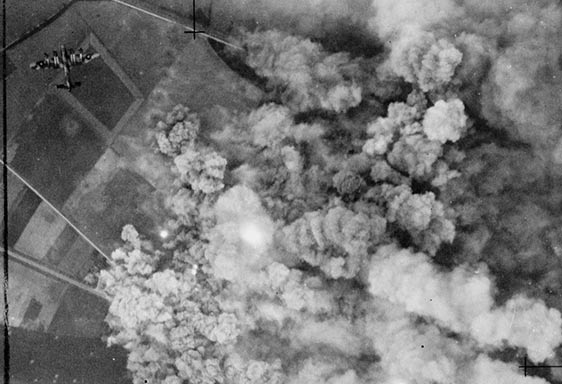 What made D-Day possible?

What made D-Day possible?