Behind the Design
with Stephen Taylor

The genesis of each Royal Mint coin is a fascinating and complex process. Here we sit down with Royal Mint Graphic Designer Stephen Taylor to discuss the inspiration behind his design commemorating the 75th anniversary of the D-Day landings, and the challenges he faced realising the enormity of the operation on the surface of a coin.

What do you have to consider when designing a coin like this?

The first thing that strikes you when you initially consider a design is how to portray these huge themes on such a small canvas. This has to be done in such a way that people immediately recognise the subject and understand why this theme is being commemorated.

What’s it like to work on a coin design for The Royal Mint?

Although it’s not part of my day-to-day job, it’s really interesting to work on a coin design because the majority of my time is spent working on the printed and digital communications that support each new release. Coin design is really exciting – you start to think about how people will react when they finally get to see the finished product. 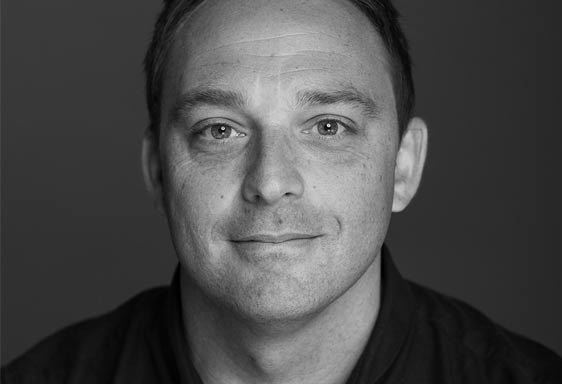 How many coins have you designed?

So far, I’ve been really lucky to have a number of successes. I’ve had quite a few designs shortlisted and this is my fifth coin design to be selected (Steve’s notable designs include: Representation of the People Act 1918, Remembrance Day 2017 and the 65th Anniversary of Her Majesty The Queen’s Coronation). I think it’s the most high-profile design I’ve worked on as it marks a really significant anniversary.

Tell us about the research process.

I found the research fascinating. To tell the story of the largest amphibious assault in military history, I started by looking at propaganda posters and graphic artwork from the period. I wanted the coin to feel ‘of the time’, so I looked at this as a starting point.

As you delve deeper into the subject matter, you get a sense of the scale of the operation which was an all-out assault across land, sea and air. This was really well represented on the design commemorating the 50th anniversary in 1994, so I looked at ways to add a fresh perspective.

I began to research the more technical aspects of the campaign which lead me to military style maps and diagrams that were used in the planning and execution of the landings. This got me thinking as to how this could be used to represent the operation in its entirety and was my cue to start sketching out simple period style maps that showed D-Day in its simplest form.

What do you want to achieve?

I really want the design to intrigue people and encourage them to find out more about D-Day. This educational aspect was particularly important to me as the Second World War starts to slip from living memory.

How did the design take shape?

I started by positioning the land to the bottom of the design to give priority to the top area of the coin design. This is where I started to build up the scale of the event by adding arrows, one for each of the beaches, along with their associated code names.

Originally, I added boats but these were lost, so I ended up using textures on the land and sea that would add the same interest. The land was given a sanded grain-style texture that would flatten the light, while the sea was given a polished finish with a wave texture to catch the light.

Researching fonts from the period, I found the markings on the US, Canadian and British landing craft really interesting, so I went for a simple military style font that was a good compromise between the nations.

The balance of the design was the most difficult element. It took several amends to get to achieve the style I had been inspired by but I’m really pleased with the final design. It has immediacy and is beautiful to look to and it’s something I think will be timeless. I really hope it’s well received and that it’s deemed a fitting tribute.

How did you feel about designing the coin to mark this significant anniversary?

It’s always a huge honour to design a coin and to design one commemorating such an important anniversary is extra special. To know that this design will be used to represent such a pivotal moment in British history is a remarkable feeling; it’s also the first £2 coin I have designed. It’s exciting to think my children will know that their father has designed this coin and that it was used to mark a key moment in British history. 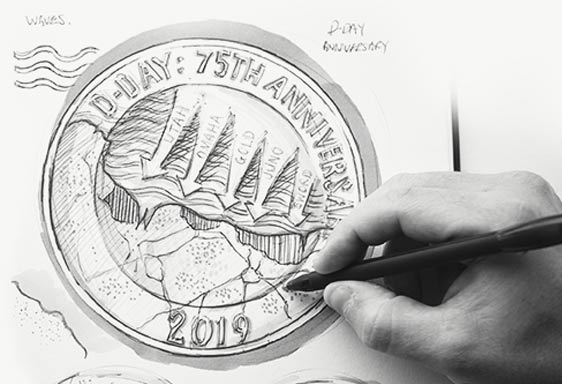