The History of Edinburgh

The History of Edinburgh 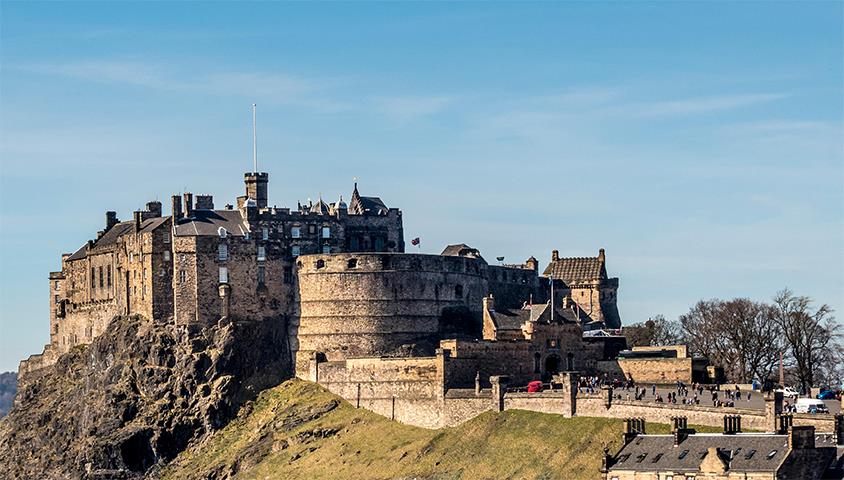 Evidence from many ancient writings suggests that the name Edinburgh descends from its old Gaelic names of Ddin Eiddin, Din Eidyn or Dunedin – all meaning the ‘Edin toun’ or ‘Dun’ – but it had firmly assumed its Saxon form by the reign of David I (1124 -1153).

People have lived in Edinburgh since the Bronze Age, and its early recorded history includes a siege in AD 638 at Din Eidyn, the Gododdin Castle Rock hill fort. By the twelfth century the city was well established and it had become the capital of Scotland by the end of the sixteenth century.

The castle has always dominated the area, sitting on a volcanic crag with a ‘tail’ shaped by two million years of glacial weathering. The distinctive Edinburgh tenement buildings, typically 11 storeys high, began to be built close to the castle in the seventeenth century, after a defensive city wall was built.

Modern Edinburgh faced one of its biggest threats in the 1960s from redevelopment, but sense prevailed and what some call the Athens of the North is, in 2011, a World Heritage Site as well as UNESCO’S first City of Literature. It is also the second most visited destination in the UK, with a vibrant culture that includes many annual arts festivals and, of course, the world famous Hogmanay celebrations.

The city of Edinburgh was properly granted its Coat of Arms on 21 April 1732 by the heraldic authority for Scotland, Lyon King of Arms.

The shield can be blazoned or described as follows:

‘Argent a castle triple-towered and embattled sable masoned of the first topped with three fans gules windows and portcullis shut of the last situate on a rock proper.’

The ‘castle triple-towered’ evidently represents Edinburgh’s magnificent castle which sits on the summit of the volcanic rock towering some 260 ft (80m) above its city. A stronghold and seat of royalty since the Middle Ages, it is visible for tens of miles in every direction. The motto of the city’s arms NISI DOMINUS FRUSTRA, taken from the Latin version of Psalm 127:1 and translated as ‘it is vain without the Lord’, provides a pleasing edge inscription for the £1 coin. 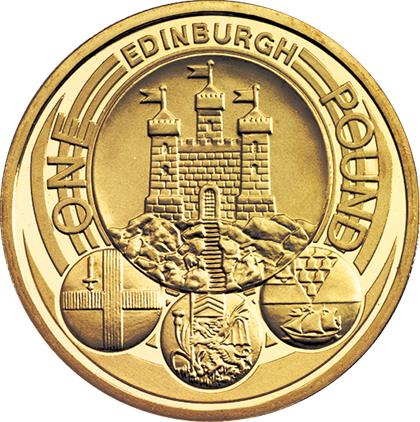