The familiar loose change in our pockets is full of hidden meaning. Coins hold clues to our identity as a nation and carry a deeper significance than their face value. For centuries, these small objects have played a part in every aspect of daily life, from music and literature, to folklore and legends. They can be given to celebrate a birth, discovered in Christmas puddings, buried in time capsules or placed in a bride’s shoe. It is these customs, together with hundreds more, that demonstrate how coins are more than money. 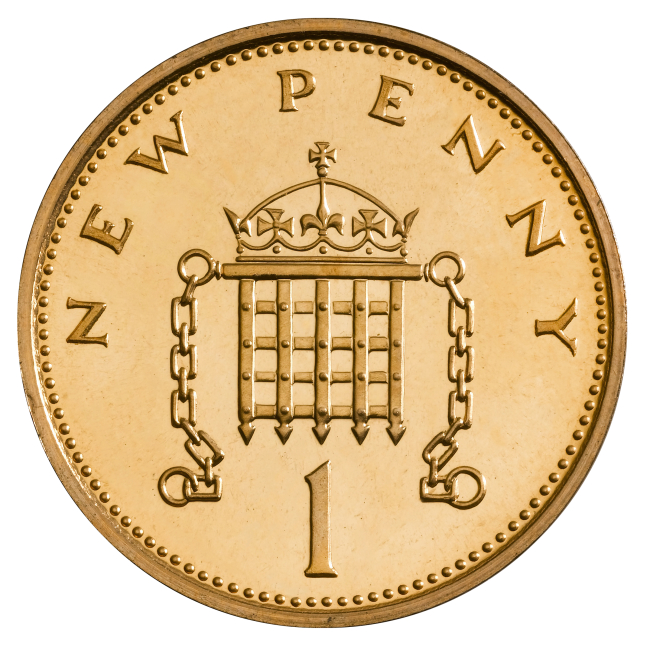 Many traditions associated with coins are linked with luck and fortune. Coins have been put in all sorts of places - around people’s necks, under the masts of ships or tossed into wishing wells - in the hope of receiving good fortune.

Coins also act as popular gifts. It is considered lucky to give a new-born baby silver and many children are delighted to discover a coin under their pillow after a visit from the tooth fairy.

The obverse, or heads side, of a coin has nearly always shown an image of the monarch or ruler, and hundreds of years ago this image was probably the only way most people saw the face of their leader. Today The Queen can be seen on every UK coin, demonstrating that they have been issued with her approval. 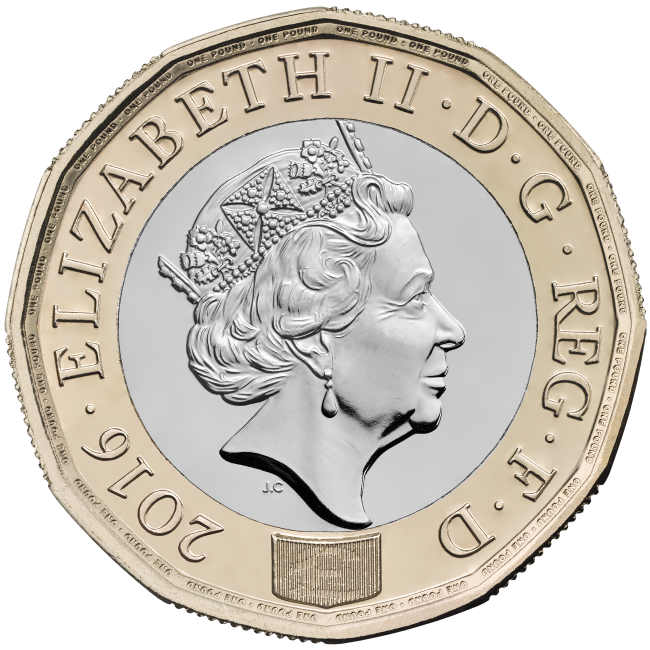 It is now expected that a portrait on a coin should look like the monarch, but this has not always been the case. In medieval times coinage portraits were generally more symbolic and, although the coins featured a head, no attempt was made to make the image realistic.

Henry VII changed this by issuing coins with a proper likeness and Henry VIII continued the practice on his coins, even allowing his image to be updated as he grew older. The first coins of his reign show him young and handsome, while later issues depict him as the instantly recognisable commanding and overweight monarch we are all familiar with. 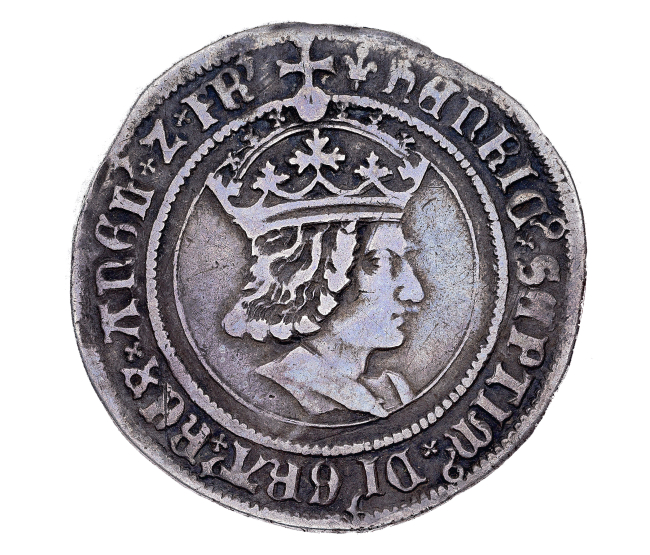 Queen Elizabeth II is Britain’s longest reigning monarch, so it is no surprise that her portrait has been updated on a number of occasions. The first by Mary Gillick shows a youthful likeness, marking the beginning of a new age. Throughout the years her five portraits have sought to capture her maturing into the instantly recognisable head of state we know today, creating a symbol of the nation while capturing the warmth of a woman respected throughout the world.

For reasons long forgotten, a custom began in the seventeenth century where monarchs face in the opposite direction to their predecessor on their coins. Possible explanations include the theory that Charles II wanted to turn his back on Oliver Cromwell and the Commonwealth. But if there were ever a practical or political reason, no-one can remember what is was.

The tradition was nearly broken when Edward VIII came to the throne in January 1936. As George V faced left, Edward should have been depicted facing right. Believing his other side to be more appealing, however, Edward insisted that tradition be ignored and he face the same direction as his father. When he abdicated from the throne shortly before his coinage went into full production, the old tradition was resumed and the coins of George VI also feature him facing left as though the disgraced monarch had been shown in the customary direction.

In addition to the heads and tails sides of a coin, the edge can also hold concealed meanings.

As higher value coins tend to be thicker, they are able to take letters and the edge inscriptions around the £1 and £2 coins play an important role in making them more difficult to counterfeit. Careful consideration goes into deciding the words to use and different designs are often given different inscriptions, complementing the reverse image. 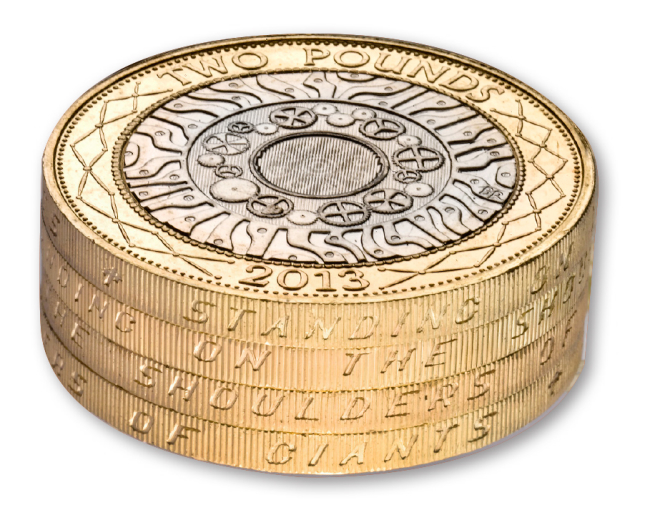 ‘STANDING ON THE SHOULDERS OF GIANTS’ are the words which run around the edge of the first bicolour £2 coin. It was felt to be an appropriate choice because of its association with Sir Isaac Newton, who attributed his great scientific achievements to the work of those who had gone before him: "if I have seen further, it is by standing on the shoulders of giants”. As Newton was once Master of the Mint, it seemed fitting to use his words on the newly introduced £2 coin of 1997, especially as its design was based on advances in science and technology.

The design of the reverse, or tails side, of a coin is equally important. From early crosses and heraldry, to saints and historic events, it is the reverse designs which capture the images of our ever-changing nation. Today, there are over 100 different reverse designs on British coins. They commemorate important historical, political and cultural events which have shaped the United Kingdom for hundreds of years.

Britain has been represented on the coinage through birds, such as the wren farthing of the 1930s, and by flowers or plants, as with roses and thistles, shamrocks and leeks. But more than that the achievements of Britain particularly in the last 25 years, are recorded on the coinage.

The coins in your pocket have more than 100 different designs, which could include an image of Isambard Kingdom Brunel or Charles Darwin. They could show the beauty of the DNA Double Helix or commemorate the abolition of the slave trade. They can capture the spirit of the Commonwealth Games or the work of Robert Burns. Coins have become cultural documents of our time and will reveal to future generations a portrait of Britain.

Britannia, the female representation of Britain, is a symbolic figure who was first seen on Roman coins nearly 2,000 years ago. She was to appear on British coins from the second half of the seventeenth century and has been a permanent feature of the coinage ever since, appearing on the coins of every British monarch since Charles II. 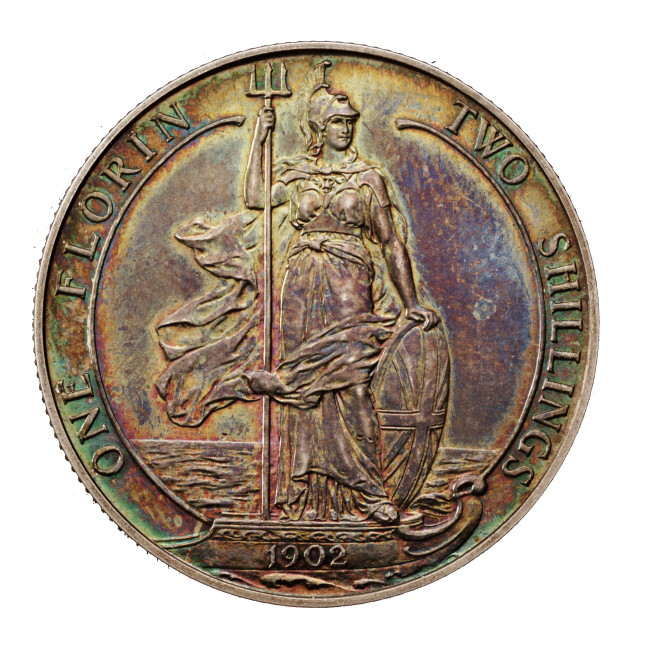 Like Britannia, St George slaying a fearsome dragon is a familiar image to many, from medieval wall paintings in churches, to the caps of old English cricket teams, and pub signs alike. As a classic interpretation of good triumphing over evil, St George and the dragon are still engaged in their eternal battle on the reverse of the gold sovereign. The design was first seen on gold coins of Henry VIII but its most famous interpretation is by Italian artist Benedetto Pistrucci, who in 1817 created what is widely acknowledged as one of the finest coin designs of all time.