Throughout its long history, The Royal Mint has had three main locations; two in London and one in South Wales. In each instance the community of The Mint has moved with it, building the links of family and loyalty that have bound the organisation together for over 1,100 years. An unbroken thread connects the work of Anglo-Saxon moneyers, striking coins by hand, to the modern Royal Mint. The process of minting has developed and evolved with time, but the echoes of earlier practices live on.

For hundreds of years, coins were struck by hand using tools known as a pile and trussel. 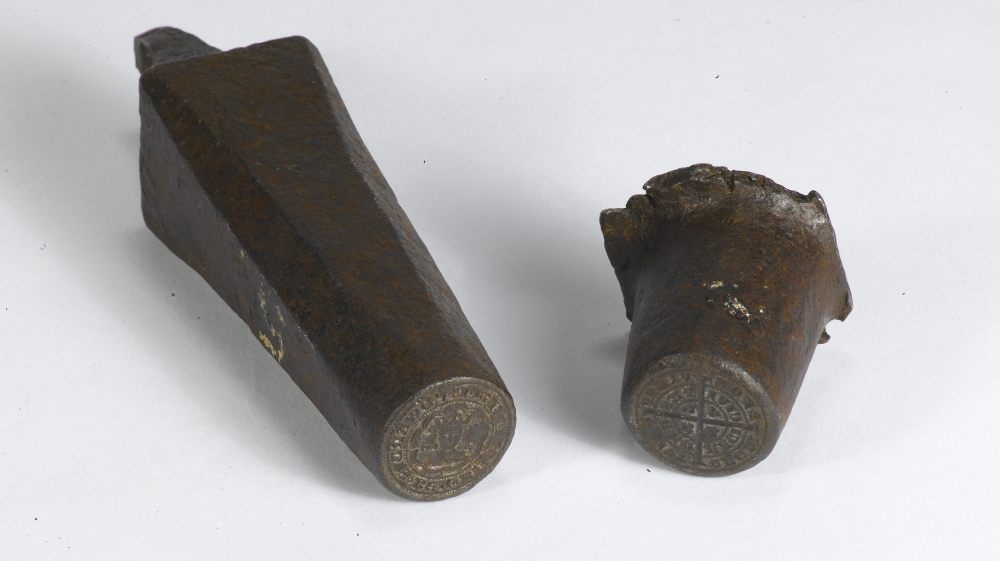 Initially, mints were not large factories but more like blacksmiths’ shops, often operated by a part time moneyer who might travel from town to town to meet the local demand for coins. The process of making coins is remarkably simple. But to do it accurately requires skill and close attention to detail.

From left to right: Recreation of a moneyer at The Tower of London; Silver penny of Alfred the Great, with the name 'London' in the form of a monogram

The start of The Royal Mint’s story can be traced back to a silver penny of Alfred the Great struck in the ninth century at the time of the resettlement of London after its occupation by the Vikings.

The origin of the coin is made clear by the name LVNDONIDA, the Latin word for London, in the form of a skilfully worked monogram. This tells us that the coin was minted in London, a city which remained at the heart of coin making for the next 1,100 years.

While housed within the walls of the Tower, The Royal Mint underwent significant change. New coins were added to the currency, an administrative structure was developed, and coin-making machinery was introduced. In addition, the arrival of the Mint’s most famous Master, Sir Isaac Newton, ensured The Royal Mint’s presence within the Tower was one of technical advance and increased efficiency.

From left to right: Plan of the Tower Mint, drawn up by William Allingham in 1701; Bust of Sir Isaac Newton from the Royal Mint Museum Collection

Royal visits are by no means uncommon in the long history of The Royal Mint, but few can have carried such personal significance as that made by Elizabeth I on 10 July 1561. Elizabeth’s father, in a misguided attempt to raise money, had ‘debased’ the coinage by substituting some of the precious metal content with copper. When she came to the throne Elizabeth ordered the withdrawal of the bad coins and their replacement with coins of the correct standard. A commemorative medal was struck to mark the occasion. 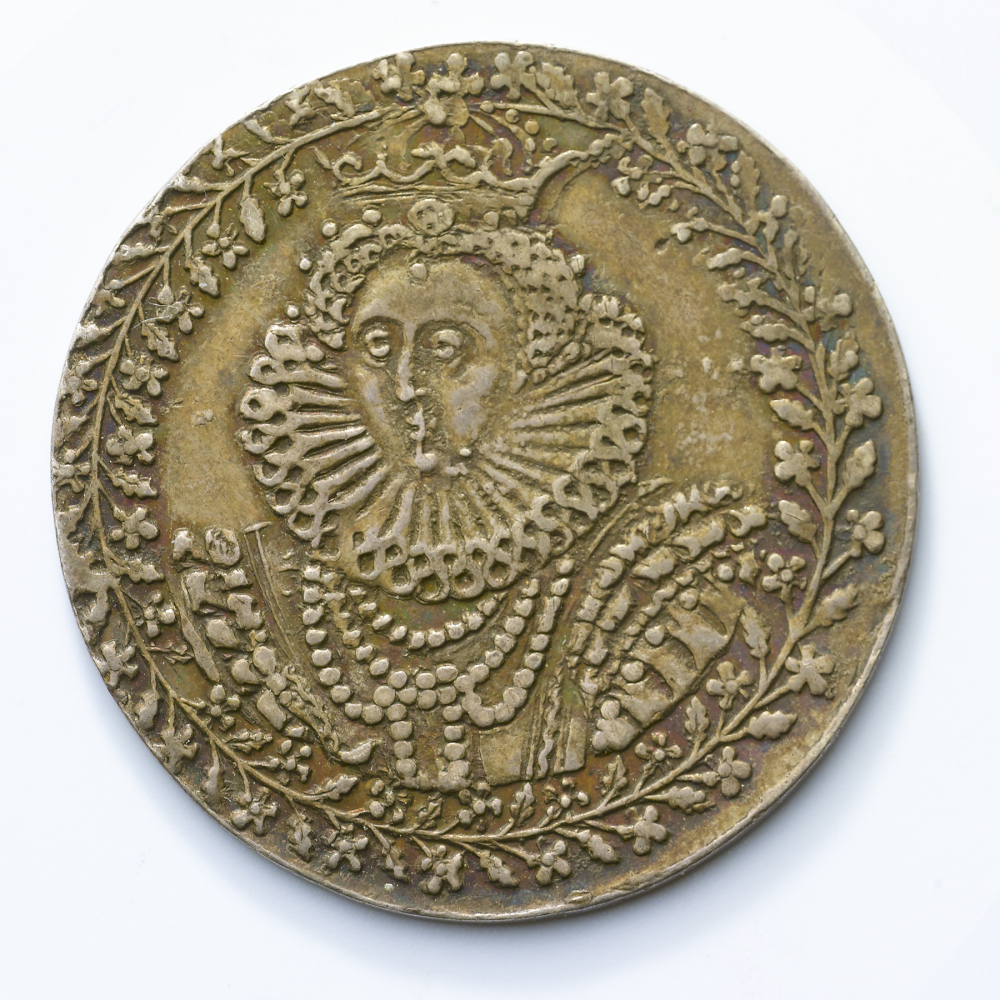 Despite the Mint’s convenient location within a secure royal fortress, in time, advances in technology meant that new machinery would not fit into the already cramped site in the Tower. A new custom built mint was erected on Little Tower Hill, only a few hundred yards away from the Tower, equipped with the latest steam-powered machinery. This modern mint opened in 1810 and to staff accustomed to the overcrowded Tower, it all seemed ‘stupendous and beautiful’.

From left to right: A contemporary engraving of the new Royal Mint from a drawing by T H Shepherd, 1830; Early 20th century postcard featuring the cutting room of The Royal Mint at Tower Hill

Although initially large and spacious, The Royal Mint at Tower Hill would soon begin to be outgrown, as coin production expanded dramatically; from 24 million coins a year in 1870 to 100 million a year by the end of the nineteenth century.

After 150 years, ever-increasing output began to place a strain on the four-acre Tower Hill site and the Government’s decision in 1966 to introduce a modern decimal currency brought matters to a head. To cope with the production of the enormous quantities of decimal coins needed by ‘Decimalisation Day’, or ‘D-Day’ as it was more simply known, it was decided to build a new, and much larger, mint in Wales.

A green-field site, more than 30 acres in size, was identified in Llantrisant, South Wales, and the new mint was opened by Her Majesty The Queen in December 1968. 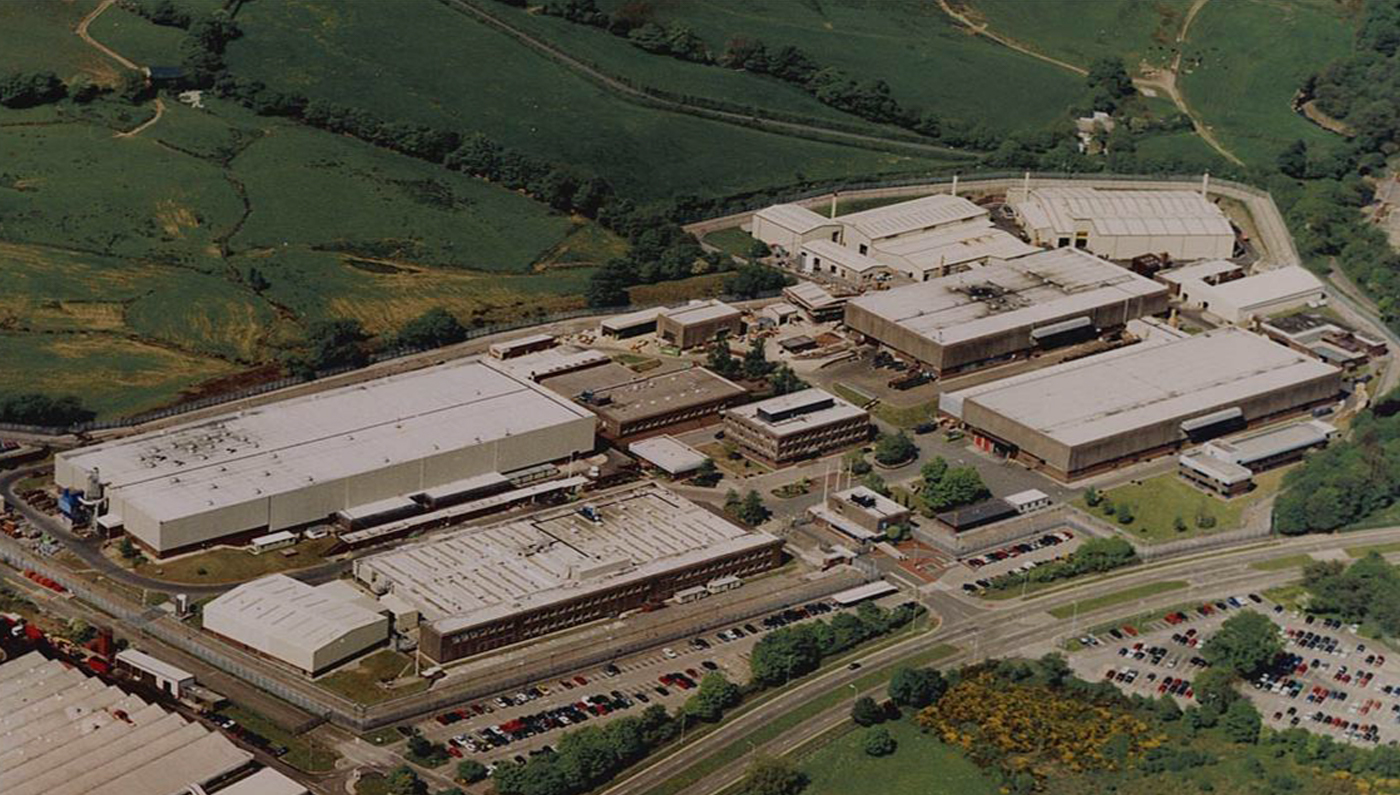 The modern Royal Mint at Llantrisant

Decimalisation in 1971 was arguably the biggest change Britain’s currency had ever seen. The British public had to get used to a new monetary system, changing from 240 pennies to 100 pennies to a pound. It was an enormous undertaking and years of meticulous planning were required to prepare for the changeover. Information booklets were distributed to every household nationwide and posters were displayed in shop windows, informing the public of the change to come. 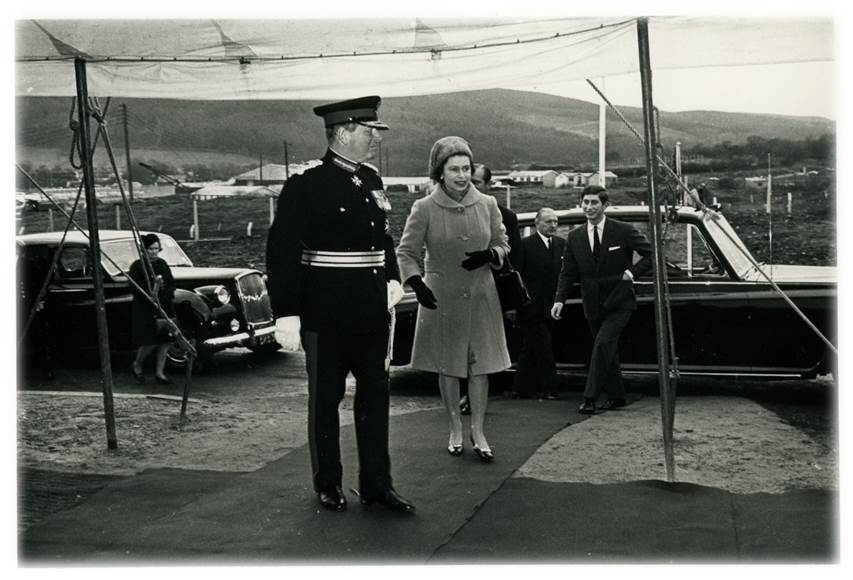 17th December 1968: The new Royal Mint was officially opened by Her Majesty the Queen

When the time came, the change to the new decimal system went virtually without a hitch and The Royal Mint played its crucial role of striking the decimal coins. It all went so smoothly in fact, that the telephone operators who had been trained to field complaints and answer questions had so little to do on the afternoon of ‘D-Day’ that they were able to relax and watch children’s television!

Once the new coins had been introduced, production gradually shifted from London to South Wales, and the last coin to be made at Tower Hill was struck in 1975.

A photograph showing the last coin, a gold sovereign, being struck at The Royal Mint in London

<< Back to the gallery  Next exhibition zone >>