Timothy Noad is a professional calligrapher, illuminator and heraldic artist with more than 30 years of experience. He is no stranger to The Royal Mint and has worked on many projects including the reverses of The Sovereign in 2002 and 2005, a floral series and Royal Arms £1 coins, and the Four Generations of Royalty £5 coin released in 2018. Timothy has created the reverse designs that feature on all four Tower of London 2020 Collection, and we spoke to him to find out the inspiration behind his designs.

We know you’re an experienced coin designer but what does your ‘day job’ involve?

I’m a Herald Painter and Scrivener at the College of Arms, where I’m responsible for painting and writing grants of arms and pedigrees and heraldic designs for a number of clients and purposes.

I am also Scribe and Illuminator to HM Crown Office at the House of Lords. This involves creating Letters Patent, which are official documents issued by Her Majesty The Queen. Sometimes these can have a great deal of public interest, like Her Majesty’s consent for the marriage of Their Royal Highnesses The Duke and Duchess of Cambridge. 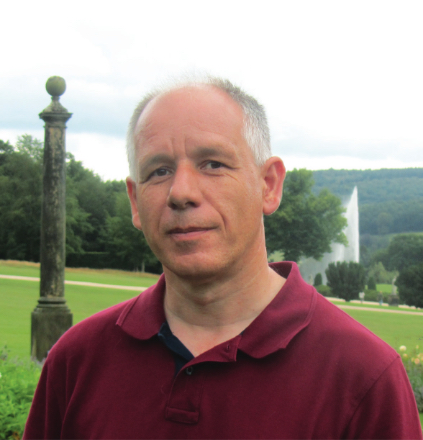 I was interested in art and history from a very young age and joined a local heraldry group when I was just 11. I was by far the youngest but thoroughly enjoyed it and took up evening classes in heraldic art, which I travelled to London once a week to attend.

Where did you study?

My studies continued on to Reigate School of Art in Surrey, where I graduated with a first class diploma in 1986. I went on to work for the College of Arms and 33 years later I’m still enjoying working in this field.

Why did the Tower of London Collection appeal to you?

Working in London, you become familiar with the impressive architecture and many of the historic buildings. I’ve visited the Tower of London many times for my work – it has a great deal of fascinating connections with heraldry.

Tell us about some of the elements on the four coins.

I enjoy using symbolism rather than literal images. For the coin exploring the White Tower I was inspired by the silver mace carried by the Chief Warder. The mace is topped by a miniature version of the original building in its entirety, so that worked perfectly as an idea for capturing the White Tower on the coin. 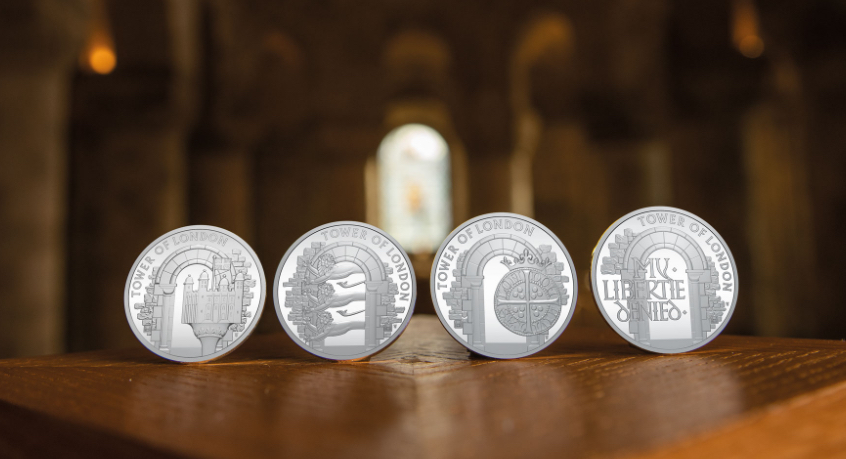 For the Royal Menagerie, heraldry was a perfect fit as animals feature so prominently in how we’ve recorded history and lineage through the ages. The design features the three Lions of England, a famous heraldic device. Lions and leopards were often confused in early heraldry but we now believe lions were the first animals to arrive at the Tower, so it made sense to make them the focus of the design.

The coin that explored The Royal Mint’s time at the Tower was interesting to create. Of all the potential designs, a coin seemed the most appropriate. I looked at coins that were produced during the reign of Edward I, who brought The Royal Mint within the safety of the Tower’s walls.

Many gruesome stories surround the Tower, especially in its role as a prison. I was fascinated by the ‘graffiti’ carved by prisoners hundreds of years ago, which has been preserved and can still be seen today. The phrase that features on the coin – ‘MY LIBERTIE DENIED’–  nicely summed up the theme, and I based the lettering on an actual inscription in the Tower, which dates from the Tudor period.

Why did you choose a Window to feature on all four coins?

The Norman arched window is a distinctive feature at the Tower and it mirrored the curve of a coin, so it worked as a device to unify the four reverses. It gives a sense of the inside and the outside at the same time and gave the opportunity to place the different elements of the design in different compositions.

How does designing for a coin differ to your usual work?

I am used to working within a restricted shape such as a shield, although fitting a variety of designs into a circular coin has particular challenges. For example, some elements can echo the shape of the circle, others can work in contrast to it. It's important to consider the level of detail in the original design, as it has to be reduced through several stages to be struck on a coin. It’s always a pleasure to work with the Product Design team at The Royal Mint who are able to advise on the design and minting process to ensure we achieve an excellent result.

To find out more about the Tower of London Collection visit royalmint.com/toweroflondon

The Tower of London Collection