In January 1936 George V died and Edward VIII became king. But, within a matter of months, his romantic involvement with Wallis Simpson caused a constitutional crisis. When Simpson’s second divorce was granted in October, it became clear that Edward intended to marry her. His advisors counselled against it, being of the view that the head of the Church of England should not marry an American divorcee. 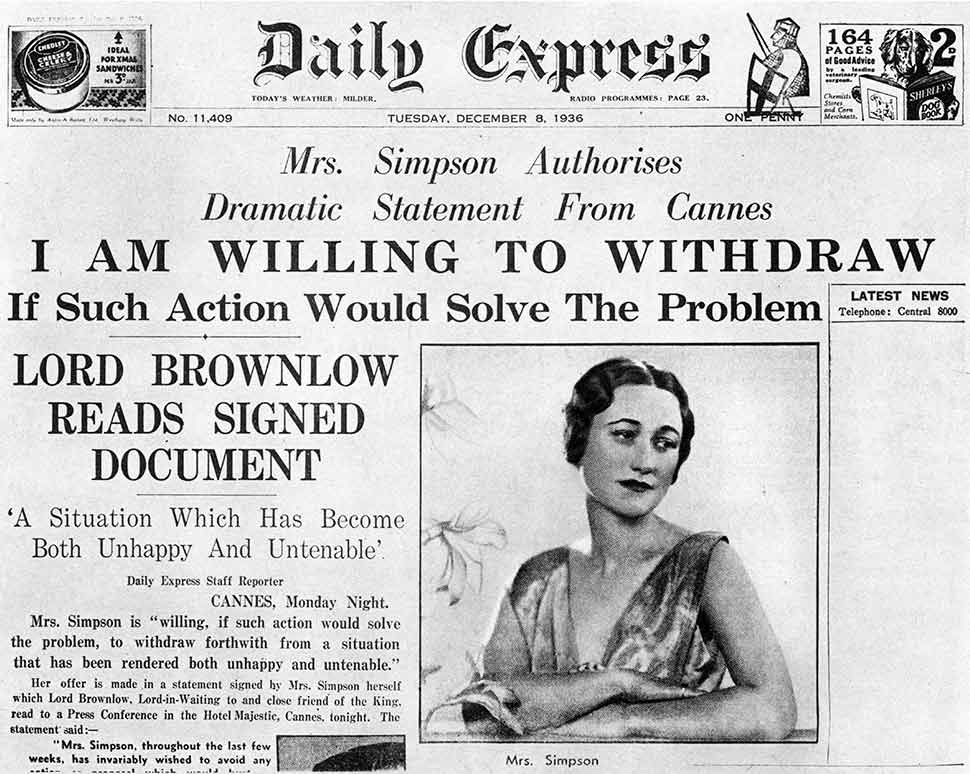 Despite their best efforts, Edward’s mind was made up. Potential resolutions were explored but when it became apparent no compromise could be brokered, on 10 December Edward signed an instrument of abdication, becoming the first British monarch to voluntarily renounce their position. King for less than a year, the news was broadcast the following day and the couple left for Europe to start a new life together in exile. Edward’s brother was the next in line to the throne and unexpectedly assumed the burden of kingship, becoming George VI. A new title was created for Edward (His Royal Highness The Duke of Windsor) and freed from the constraints of his former position, he married Wallis Simpson the following year.

The shockwaves were felt in every area of British public life including The Royal Mint, where production of the coinage of Edward VIII had been scheduled to start at 8am on 1 January 1937. The mint was in an advanced state of readiness – reducing machines had begun the process of miniaturising the designs ready for coins and medals. The abdication put paid to these plans and no coins of Edward VIII were ever issued in the United Kingdom. However, there had been time for pattern coins to be prepared, many of which now reside in The Royal Mint Museum, the finest collection of such pieces anywhere in the world. Soon after the abdication, Edward requested a set of the coins but George VI refused. Because the coins had never been issued and not passed through the Royal Proclamation process, they were not deemed to be official.

Such was the sensitivity surrounding the abdication that for many years these trial coins were locked away and not treated as part of the Museum’s collection; only a handful of people knew what had survived and the existence of the coins became something of a mystery. It wasn’t until the retirement of Sir Jack James, Deputy Master from 1957 to 1970, that a sealed cardboard box was retrieved from a safe in his office. Astonishingly, it was found to contain no fewer than 49 coins of Edward VIII that had been locked away for all this time. On 5 November 1970, these coins were placed in the Museum and from 1974 onwards some of the gaps in the collection were filled by coins acquired through salerooms and private treaties. 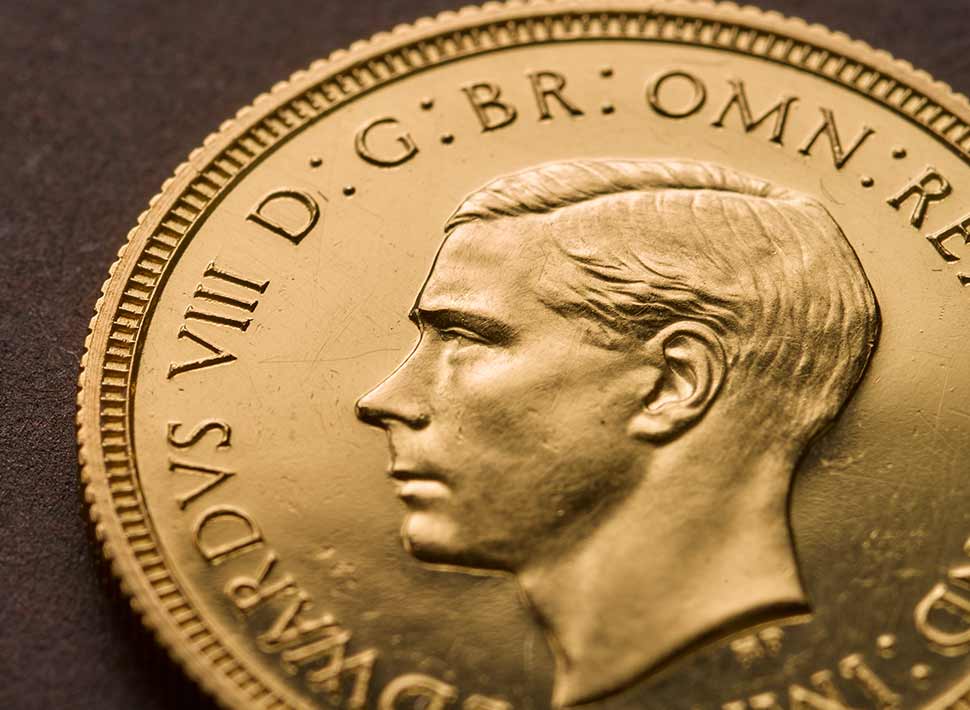 Edward’s coinage portrait was created by Humphrey Paget, who along with William McMillan, a Royal Academician, was asked to prepare uncrowned effigies of the king. When the designs were submitted, The Royal Mint Advisory Committee were so divided that they sought the opinion of the king himself. Although McMillan’s portrait was considered the better sculpture, it had an undeniable sternness, leading the king to choose the more flattering work by Paget.

Edward’s coinage portrait broke with a long-standing tradition dating back to the reign of Charles II in the seventeenth century. Each new monarch’s effigy faced in the opposite direction to that of their predecessor. George V faced left, meaning Edward’s effigy should have faced right if the established protocol had been observed. Edward, however, had other ideas, insisting his portrait show his favoured left side. He felt that the inclusion of his parting would break up an otherwise solid fringe of hair. An unusual feature, that along with their scarcity, only adds to the sense of fascination that surrounds these coins.