Behind the Design with Chris Costello

Artist Chris Costello has lived in the Boston area for more than 30 years. The city is at the heart of American history, with some 11 different U.S. presidents having lived there at one time or another. Most notably, it was home to a number of the leaders of the American Revolution.

More than 150 years before that revolution took place, its ideological seeds were planted by the arrival of a group of religious Separatists and adventurers aboard a ship known as the Mayflower. That group ultimately settled in Plymouth, roughly 40 miles south of Boston.

In 2020, the world commemorates the 400th anniversary of that perilous voyage and The Royal Mint has chosen the talents of Chris Costello for the reverse design of its coin commemorating the famous ship. Chris has also provided the reverse and obverse designs for the United States Mint’s coin and medal, so it’s fair to say he knows the subject inside and out. Both the UK and U.S. coins are available together as part of a set, alongside a set which contains the UK coin and U.S. medal – a rare collaboration between The Royal Mint and the United States Mint that helps to better tell the whole story of the Mayflower.

“There is a bit of mythical interpretation of the Mayflower story, since nobody really knows what the ship actually looked like,” Chris said in explaining the design for his Royal Mint coin. “I wanted to create a romantic view with stylised waves that contrasted with the precarious position of the ship in rough seas, thus making an iconic and memorable design – a contemporary coin with subtle traditional beauty that both Britons and Americans would appreciate and want to own as a keepsake in memory of this historic event.”

Chris said he also wanted to give a sense of the challenges the Pilgrims faced as they made their way across the Atlantic Ocean, creating an image that acknowledged “the grief of leaving behind family and friends, and the fear of the unknown, mixed with excitement and anticipation of the adventure ahead.”

Chris said that in creating the coin’s design he began with historical research and visits to various museums, especially those in Plymouth.

“[I made] several visits to the Plymouth Plantation, a living history museum, which allowed me to imagine life during that time, especially with the severe winters that we experience,” he explained. “I wanted to show, through the image of the ship cutting through the waves, a glimpse of the hardships the passengers and crew experienced, as well as the determination and courage they demonstrated to make a better life for themselves in the New World.” 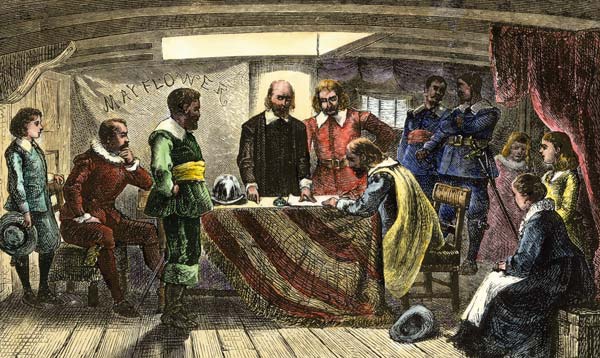 After his museum visits, Chris said, he spent a certain amount of time trying to “formulate visions” in his mind of what the coin would look like.

“I built a scale model of the Mayflower and studied a museum model as well,” Chris said. “Many of the features and details of the ship were imaginary in my pencil sketches, which adds to the uniqueness of the design. I refined sketch after sketch until I arrived at a presentable design. The entire process took about 30–40 hours over a period of six weeks.”

Within this process Chris also found himself thinking about the coin’s potential audience. Knowing this coin would inherently be offering a British perspective of the voyage, he spent some time researching other coins that The Royal Mint has produced.

“I studied various contemporary Royal Mint £2 coins and was inspired by the simple and vibrant designs, such as the 2013 London Underground and the 2016 William Shakespeare coins. I wanted my coin to complement this series,” he said. “I also researched the 2020 celebrations planned on the UK side to get a sense of the excitement level.”

With all the work that Chris has put into the coin’s design, he says his hope is that it will be well-received – “especially to children throughout the world because of the spirit of adventure that the design portrays.” 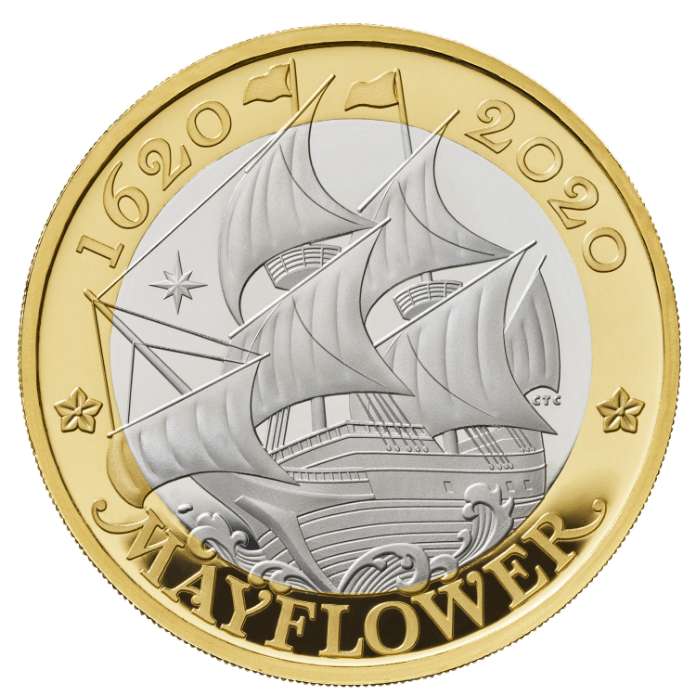