In July 1917, George V made the history-changing decision to give up the German name of Saxe-Coburg-Gotha, which had come to the family in 1840, with the marriage of Queen Victoria to Prince Albert.

At this time Britain was in the grip of the First World War, and some suggest that the change of name was prompted by the bombing of London by a German heavy aircraft, the Gotha G.IV, in March 1917, at the height of the conflict. However, historians now believe that George V and his advisers thought it inappropriate that his family should bear a German name while Britain and her Allies were fighting such a terrible war with Germany. 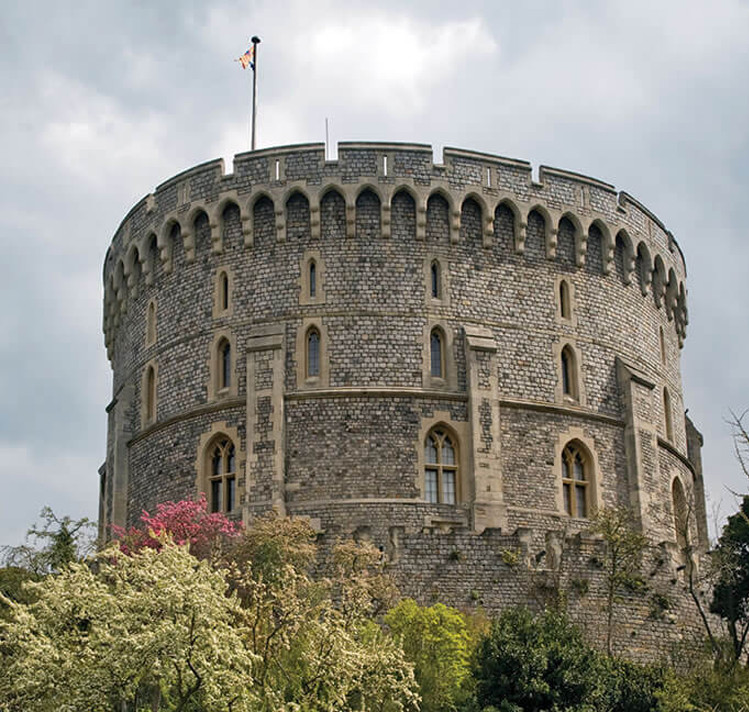 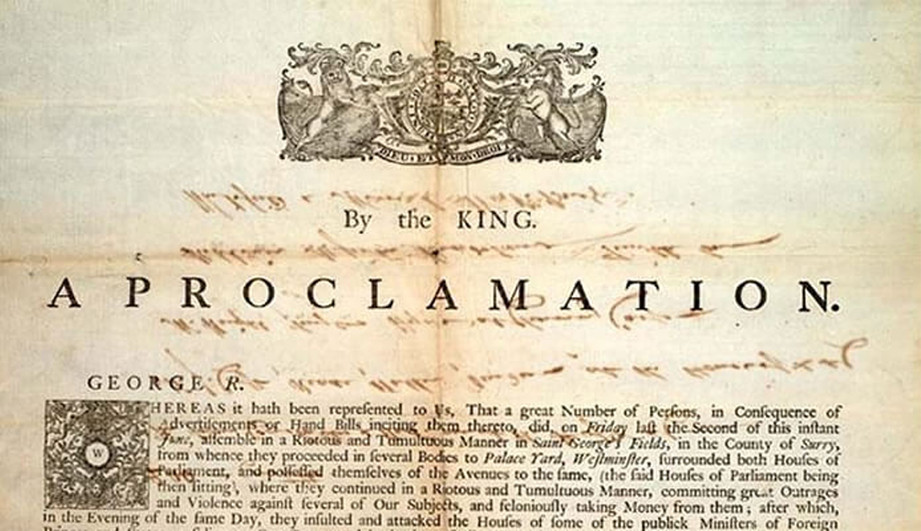 "Now, therefore, We, out of Our Royal Will and Authority, do hereby declare and announce that as from the date of this Our Royal Proclamation Our House and Family shall be styled and known as the House and Family of Windsor, and that all the descendants in the male line of Our said Grandmother Queen Victoria who are subjects of these Realms, other than female descendants who may marry or may have married, shall bear the said Name of Windsor."

The House of Windsor has produced four monarchs who have reigned over Britain and the Commonwealth for a combined total of 100 years. In the 100 years since it was established, the House of Windsor has produced some of the most remarkable events in British royal history. An abdication crisis led to the shortest reign of the dynasty, while the current ruling monarch, Her Majesty The Queen, recently became the world’s longest reigning living monarch. 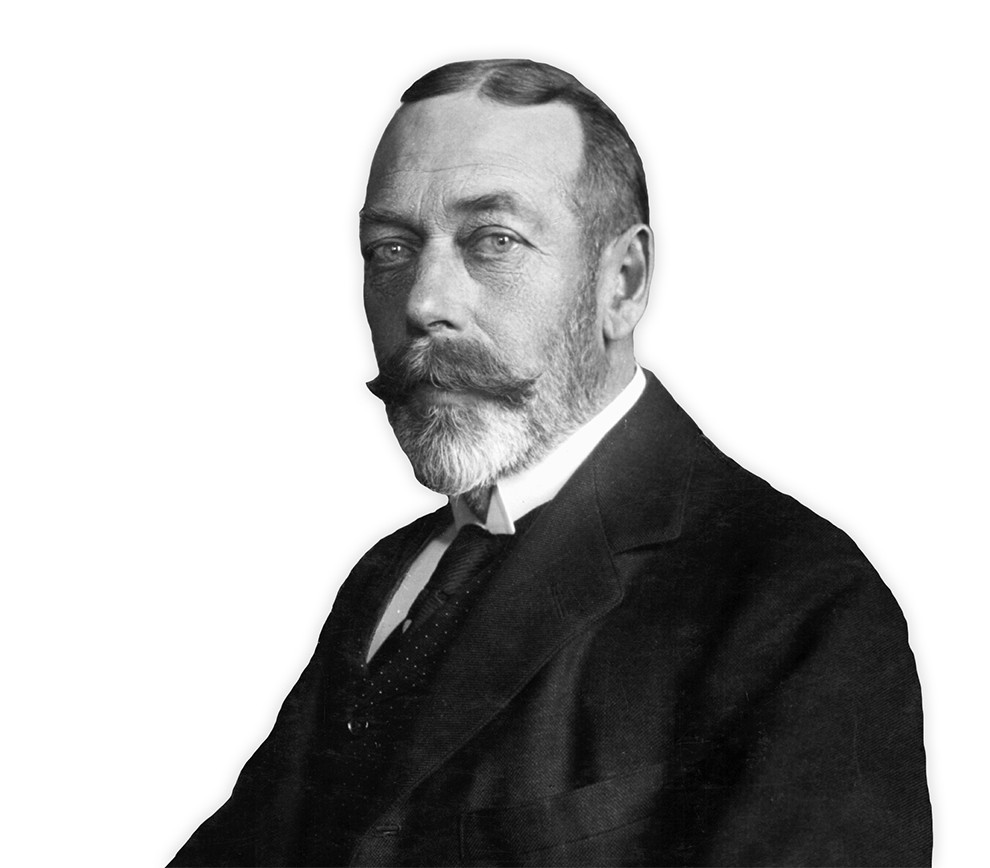 George V, the founder of the House of Windsor, came to the throne in 1910 during a time of great political and cultural change. During the First World War, the king performed the traditional role of monarch, acting as a figurehead and symbolic leader of the nation’s struggle.

He took a far more active role than any of his predecessors in bringing the monarchy to the people. Buckingham Palace was placed on an austerity footing while he and the queen made more than 450 visits to troops and 300 morale-boosting tours of hospitals that were treating wounded servicemen. He also pressed for the proper treatment of German prisoners-of-war and more humane treatment of conscientious objectors at home. 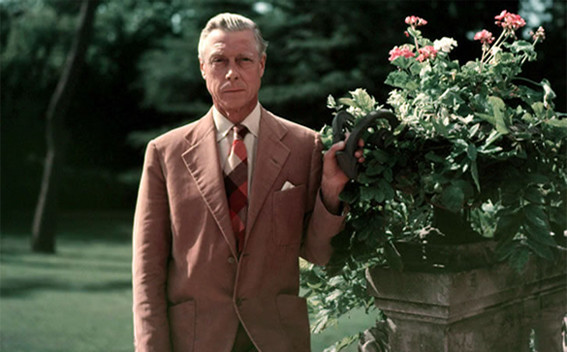 Edward VIII succeeded his father in 1936 but he was never crowned. The second king of the House of Windsor was the cause of the dynasty’s first major public crisis. Edward had to choose between his public duty and a life with Wallis Simpson, a twice-divorced American woman who would not have been viewed as an acceptable partner by the establishment or Royal Family of the era.

On 11 December 1936, Royal Assent was given to the abdication. Under this act any children Edward might have had were automatically excluded from succession to the throne. This changed the future of the House of Windsor as it allowed Edward’s younger brother Prince Albert to become king, using his last name George, to become George VI. "I have found it impossible to carry the heavy burden of responsibility and to discharge my duties as King as I would wish to do, without the help and support of the woman I love." 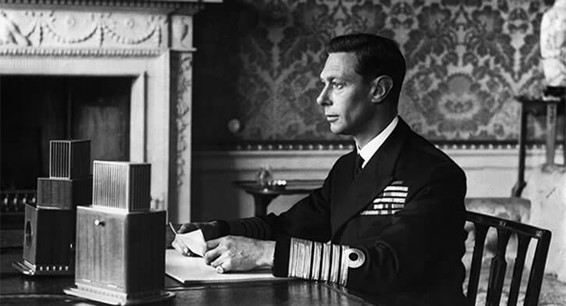 As the younger son of George V, George VI had never expected to become king, but he succeeded his brother after the abdication crisis of 1936. He overcame his natural shyness, and a serious speech impediment, and was helped in his royal duties by his wife, Lady Elizabeth Bowes-Lyon (mother of Her Majesty The Queen).

The king and queen became a reassuring presence through the Second World War, standing with the nation in difficult times; even refusing to leave the capital at the height of the Blitz. Having served in the Royal Navy during the First World War, George VI was keen to visit his troops whenever possible. In 1940 he instituted the George Cross and George Medal, awarded for acts of bravery. At the king’s funeral in 1952, the government’s wreath bore the message from Sir Winston Churchill, ‘For Valour’, the inscription seen on the Victoria Cross. 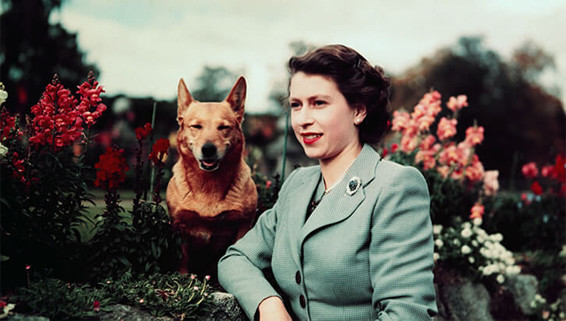 With the death of her father, 25-year old Princess Elizabeth became queen and she was no longer able to be the relatively carefree military wife and mother of two she had been before. She dedicated herself to her duty like her father before her, even retaining the name Windsor for her descendants rather than adding the surname of their father, His Royal Highness The Prince Philip, Duke of Edinburgh.

The time since the House of Windsor was founded has been unlike any other time in history. Life today isn’t the same as it was 100 years ago, and neither are the Windsors. A once distant monarchy – that in the past many may have only seen in portraits or on coins – has become closer to the public. Today, the Windsors embrace the technology of a digital age, in tune with the times and more accessible than ever before.

Today, there are four generations of the House of Windsor. As a royal house that is continually evolving, 2013 saw a landmark change take place. Under the Succession to the Crown Act, male heirs no longer take precedence over their sisters, bringing an end to the system of preference that existed since the Act of Settlement of 1701. This means Princess Charlotte of Cambridge is now fourth in line to the throne, following her grandfather The Prince of Wales, father The Duke of Cambridge and elder brother Prince George of Cambridge.

What's in a Name?

When George V chose a new name for the Royal Family it would be an historic change that would attract attention from around the world.

The name Windsor was carefully selected by the king and his advisors because of its long association with the British monarchy. The town of Windsor in Berkshire and its great castle, which was founded by William the Conqueror, still provides a home and haven for the Royal Family today.

The Queen spent much of her childhood at Windsor Castle during the Second World War, when German bombing raids on London made it too dangerous to sleep at Buckingham Palace. Windsor remains one of The Queen’s favoured retreats and is the place she chose to celebrate her 90th birthday in April 2016, with a public walkabout to meet the crowds of well-wishers. 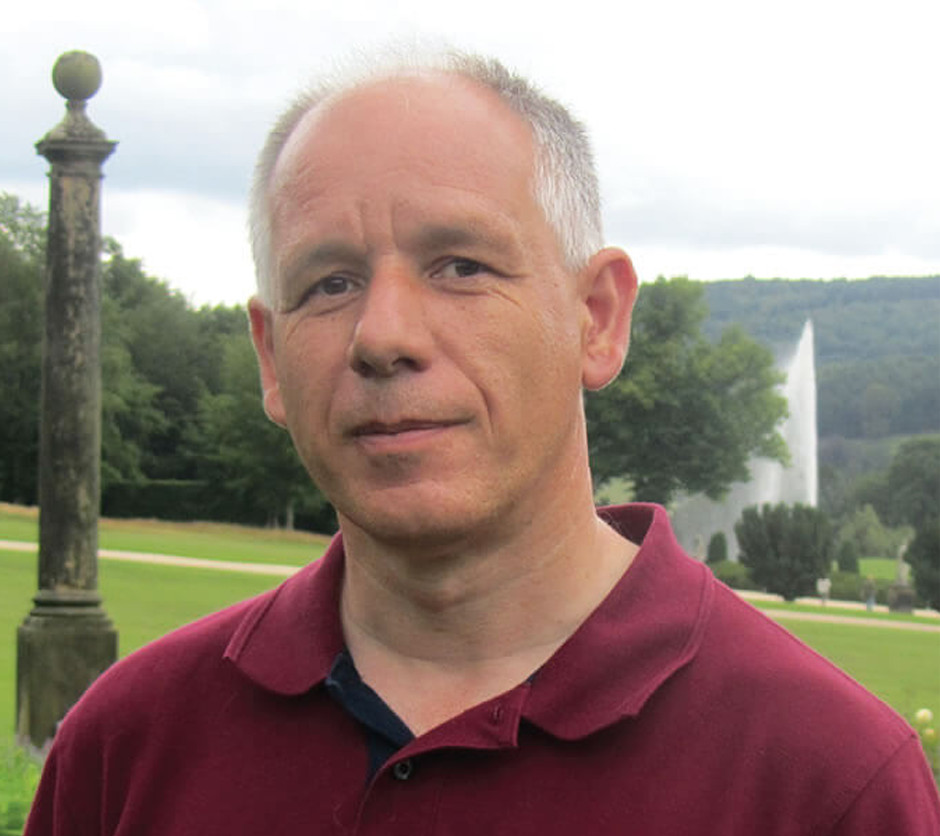 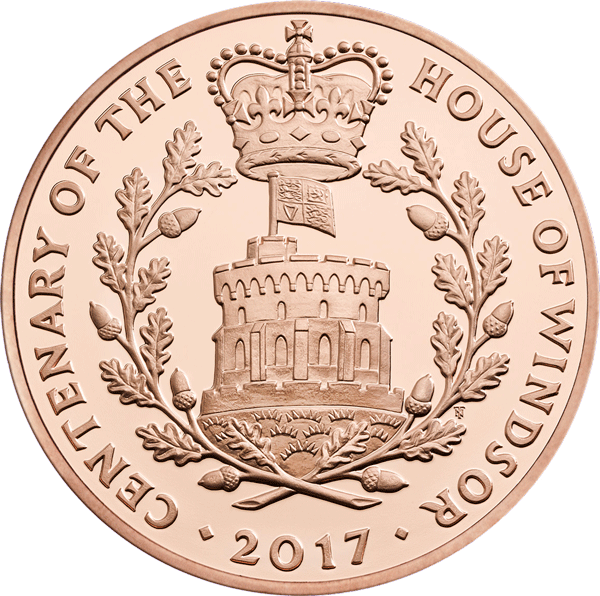 "The Royal Badge of the House of Windsor was approved by George VI in 1938. It was the king's suggestion to include the Round Tower of Windsor Castle, flying the Royal Standard (flown when the sovereign is in residence). He particularly wanted the flag to look as if it was being blown out in the wind.

The springs of oak in the badge are a reference to Windsor Forest. They define the base of the mount on which the castle stands and support the Royal Crown. The badge was originally approved with the older version of the Royal Crown but altered to the version currently used when the present queen ascended the throne"

Garter King of Arms, Thomas Woodcock, principal adviser to The Queen on matters of ceremony and heraldry. 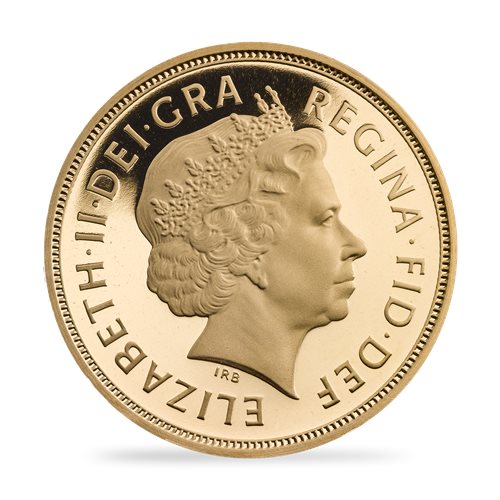 View all of our Queen Elizabeth II Sovereigns 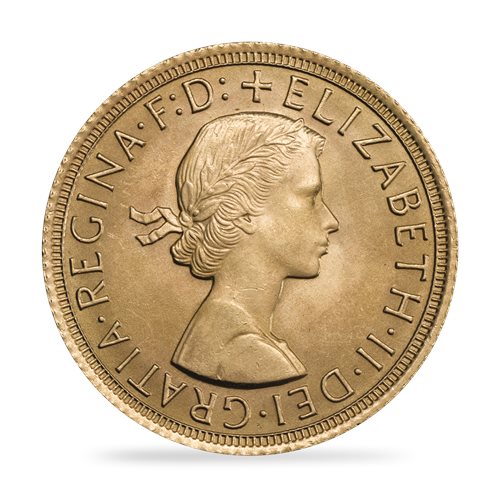