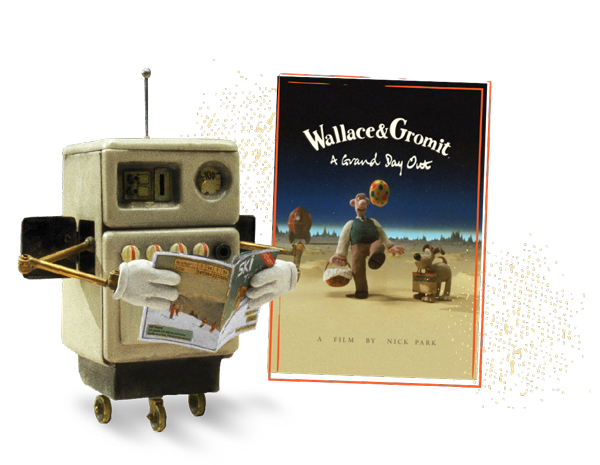 Wallace and Gromit rocketed into our world with A Grand Day Out in November 1989. Since that first screening, the pair went on to star in three further half hour specials, a feature length film and became internationally celebrated icons winning over 100 awards - including 3 Academy® Awards and 5 BAFTA® Awards. They have also appeared in commercials, at the Proms, on a set of Christmas stamps and have their own ride at Blackpool Pleasure Beach. Now, for the first time and to celebrate 30 cracking years, Wallace and Gromit touch down on a UK coin.

© and ™ Aardman/W&G Ltd. All rights reserved.

Learn more about the world of Wallace & Gromit: www.wallaceandgromit.com

© and ™ Aardman/W&G Ltd. All rights reserved.