The Jewels Are Stolen

Every year millions of visitors from all over the world flock to the Tower of London and for the vast majority the star attraction is the Crown Jewels. Within these walls you’ll find this dazzling collection of royal regalia, the artefacts that confer the monarch’s right to rule. 23,578 jewels adorn this priceless collection.

Today the Crown Jewels are safely housed in the Tower’s Jewel House. In the 17th century, they were kept in a locked storeroom, under the care of the Jewel House Keeper who lived in the rooms above with his family. For a fee, visitors could handle the jewels. This was a lax arrangement that notorious rogue ‘Colonel’ Blood would try to exploit to his advantage. 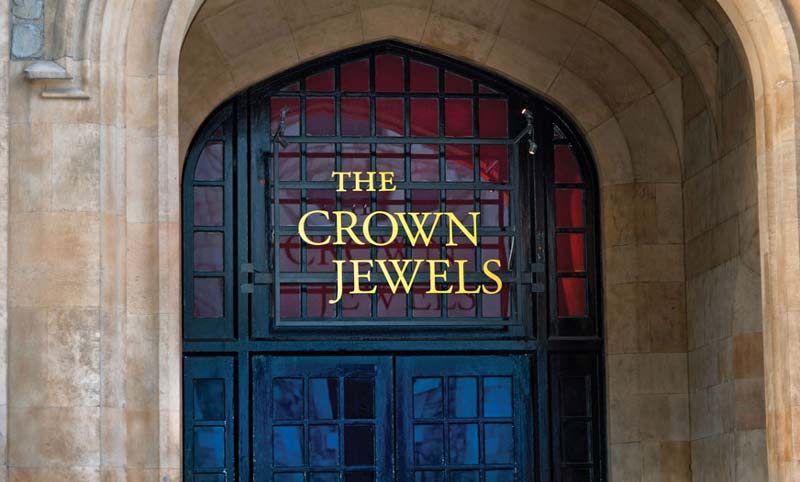 A Mysterious and Contradictory Character

Thomas Blood was an Anglo-Irish army officer. Initially he fought with the Royalists in the English Civil War, only to switch sides. Throwing his lot in with Oliver Cromwell’s Roundheads, he was handsomely rewarded for his efforts but the restoration of the monarchy in 1660 forced him to flee to Ireland.

Facing financial ruin after the Act of Settlement 1662, he sought to unite Cromwell’s supporters in Ireland and cause an insurrection – resulting in a failed attempt to storm Dublin Castle and kidnap the Duke of Ormande. Evading the authorities, he slipped away, surfacing in the United Dutch Provinces.

Swearing revenge for the execution of his comrades, in 1670 he returned to England a wanted man.  Under cover of a false name he practiced as a doctor near London. Tracking Ormande’s movements, on 6 December he made an attempt to kidnap and kill the Duke, pulling him from his coach. But with the aid of a servant, Ormande made his escape. The plot was so secret that no one linked Blood to this crime. He didn’t lie low for long and his next act of skullduggery was even more audacious.

On 9 May 1671, masquerading as a parson, he arrived at the Tower of London with two accomplices and tricked the elderly Jewel House Keeper, Talbot Edwards, into letting them handle the Crown Jewels. Pulling a mallet and sword, they tried to make off with the spoils, only for Edwards’ son to return and raise the alarm. With the Orb, Imperial State Crown and Sovereign’s Sceptre in their possession, the gang fled but after a brief chase were apprehended.

An Audience with the King

Refusing to answer to anyone but the King, Blood was granted his wish and marched to the palace in chains. Remarkably, and to the fury of the Duke of Ormande, Blood was not only pardoned but granted lands in Ireland worth £500 a year. The truth may never be known but it is claimed that Blood’s ‘blarney’ won the day, and it is clear that Charles II was amused by him. Whatever the reason, he became a familiar figure around London and a frequent visitor at court. Needless to say security around the Crown Jewels was stepped up there after.