US Elections and the Impact on Gold

With monetary and fiscal policy amongst the key drivers of precious metals prices, elections in the United States can have a direct impact on the price of gold. Add international political tensions, and it’s no surprise that presidential and midterm elections are closely watched by investors.

Gold experienced a tremendous rally in 2020, increasing by about 25% in the year leading to the November polls, which saw the Democrats return to power. So what has been the presidential impact on gold in recent history? Here’s our assessment.

Jimmy Carter, who served as the 39th President of the United States between 1977-81, witnessed an overall 326% increase in the price of gold throughout his term, yet his successor Ronald Reagan (1981-89) saw an overall drop of 26%. Perhaps it’s not a fair comparison; the price of gold had been largely rising since 1971, when Richard Nixon brought about the end of the gold standard, which fixed the US dollar to gold.

By the end of Carter’s term in office, gold surged to $850 per ounce, due to geopolitical events including the Soviet Union’s invasion of Afghanistan and the Iran hostage crisis in 1979, as well as double-digit inflation in the US. Reagan witnessed a decrease in the price of gold of almost 50% between the start of his first and second terms, as the US economy recovered and negotiations with the Soviet Union reopened.

When Barrack Obama left office in 2017, the gold price was 40% higher and the silver price 50% higher than when he took office in 2009. During this period, precious metals experienced significant volatility and offered investors the chance to realise healthy returns.

Concerns over the US debt ceiling in 2011 caused the price of gold to surge to $1,895 – 122% higher than Obama’s first day as president – and some people feared the US government could default on its debt. The silver price also rose to $48.70 – up 330% on Obama’s first day in office – as retailers experienced shortages of silver bars and coins, in line with a historical pattern of silver rallying sharply following a spike in gold. 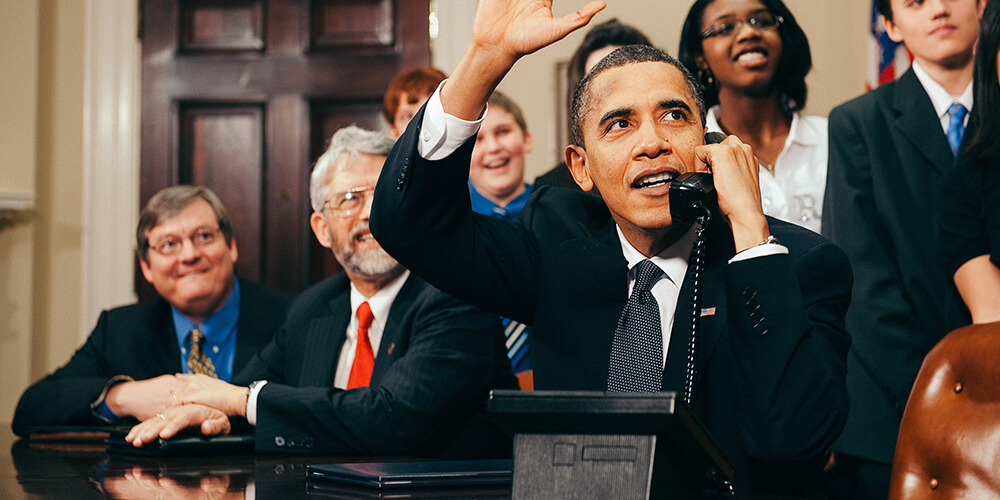 The US-China trade war, events in North Korea and the threat of military action following the assassination of the Iranian general, Qasem Soleimani, all led the gold price to increase during Donald Trump’s presidency – but it was the Covid-19 pandemic that really caused the price to surge. In August 2020, gold hit an all-time high of more than $2,000, an increase of 72% from Trump’s first day in office.

The Impact of Midterm Elections

According to a World Gold Council report released ahead of the 2022 midterms and using data going back to 1970, gold prices have risen 62% of the time during the six months following a midterm election, with a median rise of two percent. However, WGC chief market strategist Joe Cavatoni said that, in 2022, gold prices were more dependent on broader factors, including a strong dollar, than the outcome of the election.

Midterm facts from the recent WGC report include:

Gold has long been regarded by many as a long-term investment and a safe haven asset. As the global economy navigates through events including Covid-19 and the Russian-Ukrainian war, many analysts believe that demand for gold will stay strong, regardless of which party is in power.

The Royal Mint Limited is not authorised by the Financial Conduct Authority to provide investment advice and nothing within this article should be construed as investment advice. Please read our full disclaimer here.