What is a Troy ounce? | The Royal Mint
X

What is a Troy ounce?

For example, as well as a variety of other bars, we currently offer a 1 oz gold bar. If you scroll down to look at its specifications you will see that against weight, it states one troy or 31.21 g.

Here in the UK, before we adopted the metric system, we used and still do to some extent, a system called the avoirdupois system. The name comes from Anglo- Norman French and means ‘goods of weight’. It is based on pounds and ounces and there are 16 ounces to a pound. 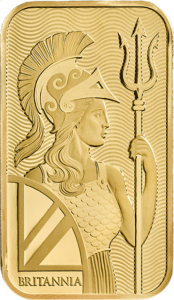 Precious metal weights in other countries

Other countries have various systems for weight and they differ in the number of grams there are depending on the country. For example, in North America they have the Pennyweight which they use to weigh precious metals and it is equal to 1/20 of a troy ounce.

In South East Asia, China and Hong Kong a system called the Tael, or Tahil is used. The Tahil has different weights depending where it is used. In China one Tahil is equal to 50 grams, whereas in Japan it is 37.5 grams, so there is quite a difference. In Tailand they use the Bhat which is equal to 15.244 grams.

In places like Karachi, New Delhi, Pakistan, Mumbai, Singapore and Nepal they use the Tola system for weighing gold. Tola means weight and the name has its roots in Sanskrit. It weighs 3/8 of a troy ounce, or 180 grains.

Grains of wheat were traditionally used as weights by measuring the grain from dried kernels. It is the smallest unit of weight used in troy and avoirdupois systems. Jewellers used to use a system called the Jewellers Grain to measure precious stones before the use of the carat came into being. A Jewellers grain is equal to one quarter of a carat.

Any gold coins you buy from Royal Mint Bullion will give you the details of the amount of gold in the coin. For example, the Sovereign Gold Bullion Coin weighs 0.2354 troy ounces, whilst the Half Sovereign 1916 Coin weighs 0.1407 troy ounces.

If you haven’t got the space, or you don’t want your investment at home, another simple way to invest in gold is to invest in the Royal Mint Bullion Signature Gold product. Signature gold enables you to buy gold by value, rather than weight. You have the flexibility to buy a fraction of a large 400 oz bar for a minimum of £20. The bars are kept securely in the vault at The Royal Mint and you are able to buy, store and sell at your convenience.

Was This Article Helpful? Would You Like to See More?

The Royal Mint’s newsletter service regularly provides articles, news and information which investors, collectors and people just like you would find interesting. If you would like to subscribe to this totally free service, just enter your details below.

It's easy to get started. Simply create an account and start investing in bullion right away.