The centuries-old
Ceremony of the Keys

Commissioned by William the Conqueror to quell rebellious uprisings in the wake of the Norman invasion, the Tower of London has stood on the banks of the River Thames for almost 1,000 years. Majestic and imposing, it’s as much a statement of royal power as it is a defensive fortress. As new reigns followed, subsequent monarchs put their own stamp on the Tower, each stage of modification adding another layer of history.

Today over 3 million tourists per year, from all over the world, flock to visit London's historic palace. Guarded by the Yeoman Warders in their famous liveried uniforms and home to its resident ravens, the Crown Jewels are kept safe behind its stone walls.

More than a fortress, the Tower has performed many roles through the centuries, sheltering royalty during times of crisis, providing a base for The Royal Mint and even housing a collection of exotic animals – lions and bears once walked within the grounds. But it is the role the Tower played as a prison that has captured popular imagination. Three of Henry VIII's wives, the future Elizabeth I, Sir Walter Raleigh, Guy Fawkes, Samuel Pepys, Rudolf Hess and the Kray twins have all been imprisoned at the Tower.

From the late 13th century, barges of prisoners would travel up the Thames, passing London Bridge, its display of heads on spikes hinting at their grisly fate. The condemned would then enter the Tower through Traitors' Gate. Some of the most famous detainees were kept at, what is now known as, the Bloody Tower. It was here that the two princes, Edward V and his brother Richard, stayed on the orders of their uncle, who would become Richard III. Presumed murdered by the very man entrusted with their care, we’ll never know for sure who was behind their disappearance. But as rumours of their fate swirled around royal circles, the Garden Tower, as it was previously known, was renamed the Bloody Tower. 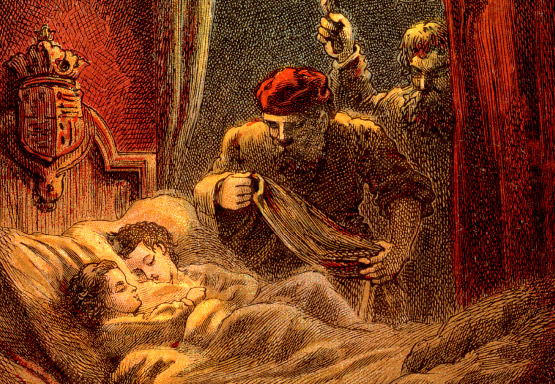 Off with Her Head

The use of the Tower as a prison was at its peak during the 16th and 17th centuries but the last person to be executed there was as recently as 1941. Charges laid against the condemned include plotting, treason, murder and spying. Some were hanged, others were beheaded or put before a firing squad. The truly unfortunate were hung drawn and quartered in front of a crowd on Tower Hill. Nobility received the privilege of being executed inside the boundary walls, away from the public eye on Tower Green.

It was here that one of the most famous women in British history had her life cut short. On 19 May 1536, Anne Boleyn, the second wife of Henry VIII and mother of Elizabeth I, made her final walk to the scaffold on trumped up charges of treason and adultery. Desperate for a male heir, with his wife out of the picture, Henry VIII could marry Jane Seymour. In one small act of clemency, Henry VIII agreed to Anne Boleyn’s request to be put to death by sword instead of the customary axe.

The Duke of Monmouth would have been grateful for a cleaner blow. It took five swings of the axe to lop his head off in 1685 and even then it was still attached to his body. Henry VIII’s chief minister Thomas Cromwell was another to meet a particularly gruesome end. While the novice executioner sawed at his neck, even the bloodthirsty crowd howled in protest at the butchery playing out in front of them.

Things that go Bump in the Night

Unsurprisingly the Tower has earned a reputation as one of Britain’s most haunted places. Anne Boleyn, Lady Jane Gray, Edward V and even the apparition of a grizzly bear are said to stalk its grounds. And those bloodcurdling screams in the dead of night? They are said to be the wailings of the Countess of Salisbury as she tries to break free from the executioner’s grip and avoid his spectral axe. 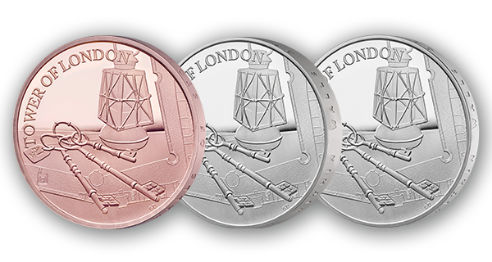