The story and facts of Sir Arthur Conan Doyle’s life are a lot easier to follow than the cases of his most famous creation, Sherlock Holmes™. Arthur Ignatius Conan Doyle was born on 22 May 1859 in Edinburgh, Scotland into an Irish-Catholic family. His father was a successful artist while his mother adored books and was a compelling storyteller. Her influence on Arthur was hugely positive and he reflected that:

‘… the vivid stories she would tell me stand out so clearly that they obscure the real facts of my life.’

In 1876 Conan Doyle graduated from Stonyhurst College, going on to study for a medical degree at the University of Edinburgh. After he graduated he first took up employment as a medical officer on a ship, then opened his first practice and later volunteered to be a medic during the Second Boer War in 1900. However, Conan Doyle always felt his true calling was to write. In 1886 he wrote A Study in Scarlet, Sherlock Holmes’ first adventure, and it was published in 1887. The Sign of the Four, the second book featuring Sherlock Holmes and Dr. Watson, was published in 1890.

Despite the success and fame that his fictional detective had brought him, Conan Doyle tired of Sherlock Holmes and decided to focus more on historical novels. In 1893 he attempted to kill off the detective in The Adventure of the Final Problem but mass public outcry ensued. Conan Doyle was encouraged by Edward VII to begin writing again and The Strand magazine started serialising The Return of Sherlock Holmes in 1903.

His experience of war led him to write The War in South Africa: Its Causes and Conducts which was published in 1902. During and after the Second Boer War, the Boers accused the British of war crimes and in the publication, Conan Doyle responded to the accusations. He declared that the ‘concentration camps’ the Boers spoke of were refugee camps created as housing for people displaced during the war. He admitted that the death rate in the camps was high but this was because of disease rather than bad treatment and many British troops died from the same cause. Conan Doyle considered that the civilians in the camps were being treated as well as Great Britain treated its own troops, if not better.

The work was a success and was read widely, alleviating public opinion about the conduct of Great Britain in the Boer War. With such a significant contribution to his country’s welfare, Conan Doyle was notified that Edward VII wanted to make him a knight bachelor. On 24 October 1902 Arthur Conan Doyle, because of his services to the Crown, became Sir Arthur Conan Doyle.

Having written 60 Sherlock Holmes adventures and many other notable books aside from the Sherlock canon, including The Lost World, The Great Boer War and The White Company, Arthur Conan Doyle died on 7 July 1930. 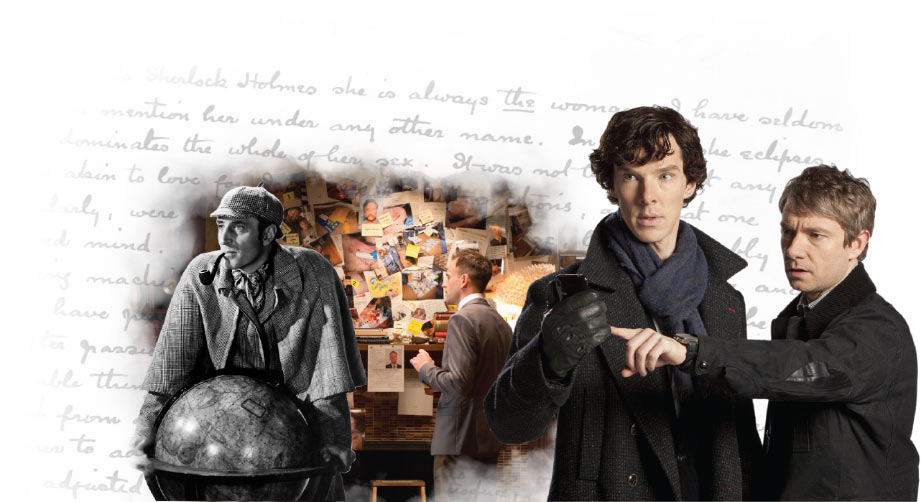