Connection between coins | The Royal Mint

A Connection Between Coins

Sir Arthur Conan Doyle wrote the majority of the Sherlock Holmes™ stories during the Victorian era. The coinage of Queen Victoria, amongst other coins, included the Sovereign, the Half-Sovereign, the crown and the shilling. Struck by The Royal Mint, these coins are referenced throughout the Sherlock Holmes canon and their use within the stories made the characters more relatable to the readership of the time.

The Sovereign, the ‘chief coin of the world’, is referenced in The Priory School where Sherlock Holmes offers a Sovereign to Reuben Hayes, the villain of the story, for the use of a bicycle. The coin also features in the mechanics of other stories. The Half-Sovereign, an iconic coin from an iconic era, appears in Black Peter, A Scandal in Bohemia, A Study in Scarlet, The Hound of the Baskervilles and The Sign of the Four. 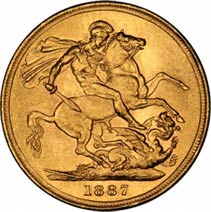 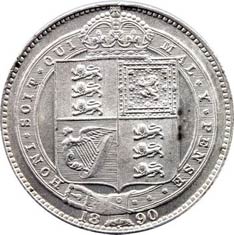 The shilling, one of the more common coins in circulation at the time, is mentioned frequently. A notable reference is in The Hound of the Baskervilles when Cartwright, a London teenager hired by Holmes, is given 56 shillings to bribe hotel porters so the hotel waste can be searched for important information.

The Sherlock Holmes stories are not just linked to The Royal Mint through the use of coins but also through the design of coins. Thomas ‘Humphrey’ Paget, the nephew of Sidney Paget who illustrated the Sherlock Holmes stories, ranks as one of the most prolific and outstanding of The Royal Mint’s panel of numismatic artists during the first half of the twentieth century. 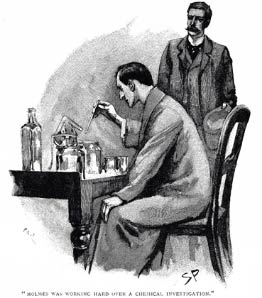 Sidney Paget is the most well-known illustrator of the Sherlock Holmes stories and produced around 356 published drawings for the series. They first appeared in A Scandal in Bohemia in July 1891, published in The Strand magazine which serialised the Sherlock Holmes stories. Between 1891 and 1904, he produced 594 illustrations for Arthur Conan Doyle’s works, including work for his non-detective stories.

Perhaps what is most interesting about Sidney Paget and Sherlock Holmes is how Paget came to illustrate the stories. When The Strand magazine decided to find an illustrator, the art director mistakenly sent an offer to Sidney Paget instead of his brother, Walter Paget, who was also a successful artist.

After Sidney’s death in 1908, his brother Walter was also given the opportunity to illustrate the stories. In 1902 and 1913, he completed five illustrations for Arthur Conan Doyle’s short story The Adventure of the Dying Detective.

After Sidney’s death in 1908, his brother Walter was also given the opportunity to illustrate the stories. In 1902 and 1913, he completed five illustrations for Arthur Conan Doyle’s short story The Adventure of the Dying Detective.

Walter’s son, Thomas ‘Humphrey’ Paget, is perhaps most well-known for being commissioned to prepare the uncrowned effigy urgently required for the coins and medals of George VI. In a little more than a month he produced what has been described as the classic coinage head of the twentieth century.

His head of Faisal II for the Iraqi coinage is admired amongst numismatists and his reverse design for the Southern Rhodesia crown of 1953 is considered a triumph. Another design that should be counted among his best pieces of work is his medallic portrait of His Royal Highness The Prince Philip, Duke of Edinburgh, his last major commission. The portrait was re-issued in 2017 for the coin marking Prince Philip’s retirement and celebrating his life of service. 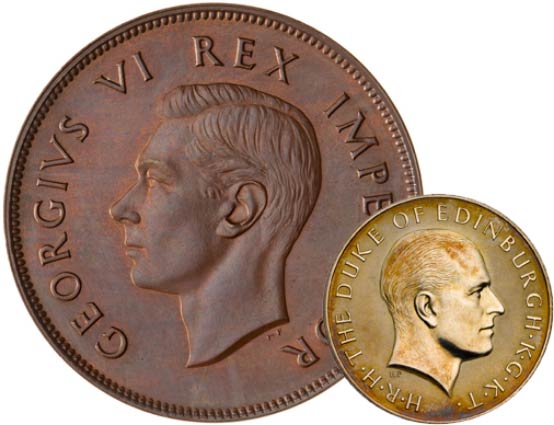