Pepys and The Royal Mint

Samuel Pepys visited The Royal Mint inside the Tower of London in May 1663 and was shown the production process for the new coinage of Charles II. He made detailed notes and wrote up the full process in his diary.

In this article we reproduce the ten steps to making money that Pepys recorded in his diary.* 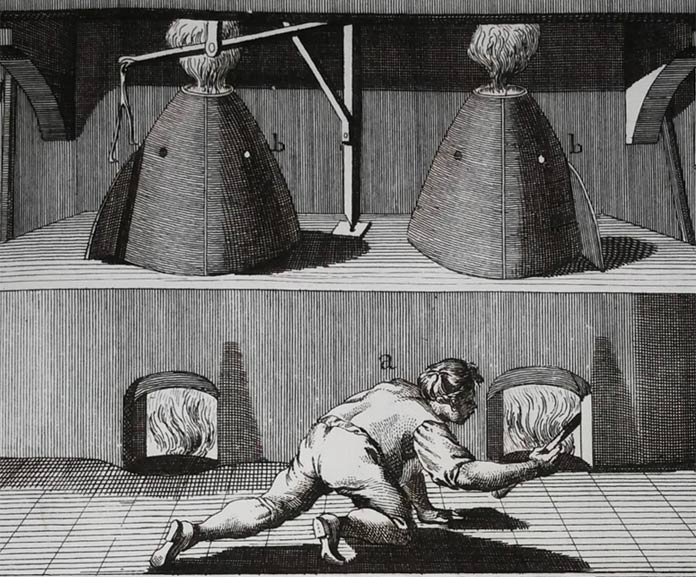 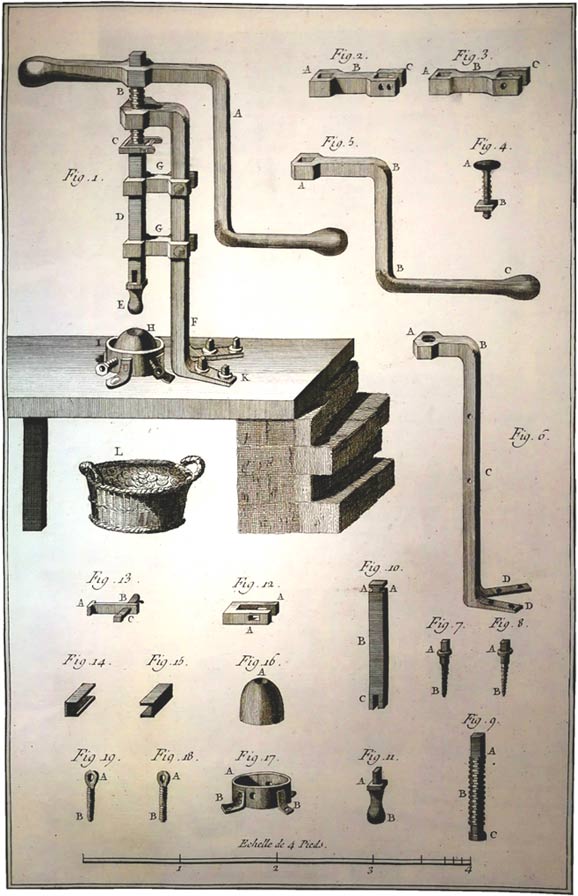 The most observables in the making of money which I observed to-day, is the steps of their doing it.

1. Before they do anything they assay the bullion, which is done, if it be gold, by taking an equal weight of that and of silver, of each a small weight, which they reckon to be six ounces or half a pound troy; this they wrap up in within lead.

If it be silver, they put such a quantity of that alone and wrap it up in lead, and then putting them into little earthen cupps made of stuff like tobacco pipes, and put them into a burning hot furnace, where, after a while, the whole body is melted, and at last the lead in both is sunk into the body of the cupp, which carries away all the copper or dross with it, and left the pure gold and silver embodyed together, of that which hath both been put into the cupp together, and the silver alone in these where it was put alone in the leaden case. And to part the silver and the gold in the first experiment, they put the mixed body into a glass of aqua-fortis, which separates them by spitting out the silver into such small parts that you cannot tell what it becomes, but turns into the very water and leaves the gold at the bottom clear of itself, with the silver wholly spit out, and yet the gold in the form that it was doubled together in when it was a mixed body of gold and silver, which is a great mystery; and after all this is done to get the silver together out of the water is as strange.

But the nature of the assay is thus: the piece of gold that goes into the furnace twelve ounces, if it comes out again eleven ounces, and the piece of silver which goes in twelve and comes out again eleven and two pennyweight, are just of the alloy of the standard of England. If it comes out, either of them, either the gold above eleven, as very fine will sometimes within very little of what it went in, or the silver above eleven and two pennyweight, as that also will sometimes come out eleven and ten penny weight or more, they are so much above the goodness of the standard, and so they know what proportion of worse gold and silver to put to such a quantity of the bullion to bring it to the exact standard. And on the contrary, [if] it comes out lighter, then such a weight is beneath the standard, and so requires such a proportion of fine metal to be put to the bullion to bring it to the standard, and this is the difference of good and bad, better and worse than the standard, and also the difference of standards, that of Seville being the best and that of Mexico worst, and I think they said none but Seville is better than ours.

2. They melt it into long plates, which, if the mould do take ayre, then the plate is not of an equal heaviness in every part of it, as it often falls out.

3. They draw these plates between rollers to bring them to an even thickness all along and every plate of the same thickness, and it is very strange how the drawing it twice easily between the rollers will make it as hot as fire, yet cannot touch it.

4. They bring it to another pair of rollers, which they call adjusting it, which bring it to a greater exactness in its thickness than the first could be. 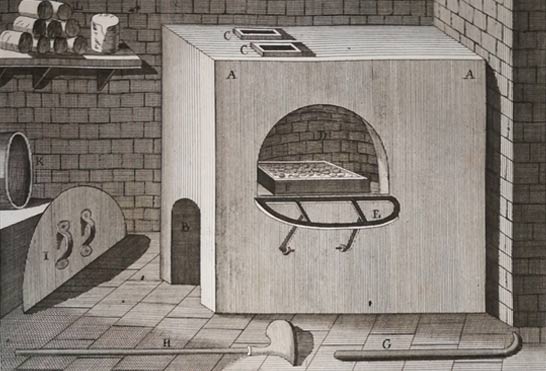 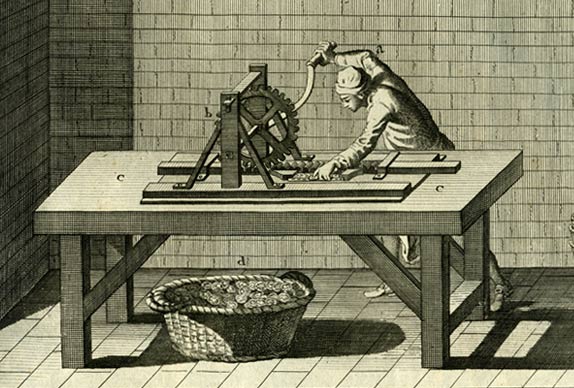 5. They cut them into round pieces, which they do with the greatest ease, speed, and exactness in the world.

6. They weigh these, and where they find any to be too heavy they file them, which they call sizeing them; or light, they lay them by, which is very seldom, but they are of a most exact weight, but however, in the melting, all parts by some accident not being close alike, now and then a difference will be, and, this filing being done, there shall not be any imaginable difference almost between the weight of forty of these against another forty chosen by chance out of all their heaps.

7. These round pieces having been cut out of the plates, which in passing the rollers are bent, they are sometimes a little crooked or swelling out or sinking in, and therefore they have a way of clapping 100 or 2 together into an engine, which with a screw presses them so hard that they come out as flat as is possible.

9. They mark the letters on the edges, which is kept as the great secret by Blondeau, who was not in the way, and so I did not speak with him to-day.

10. They mill them, that is, put on the marks on both sides at once with great exactness and speed, and then the money is perfect. The mill is after this manner: one of the dyes, which has one side of the piece cut, is fastened to a thing fixed below, and the other dye (and they tell me a payre of dyes will last the marking of 10,000l. before it be worn out, they and all other their tools being made of hardened steel, and the Dutchman who makes them is an admirable artist, and has so much by the pound for every pound that is coyned to find a constant supply of dyes) to an engine above, which is moveable by a screw, which is pulled by men; and then a piece being clapped by one sitting below between the two dyes, when they meet the impression is set, and then the man with his finger strikes off the piece and claps another in, and then the other men they pull again and that is marked, and then another and another with great speed.

*An Extract from The Diary of Samuel Pepys via Project Gutenberg 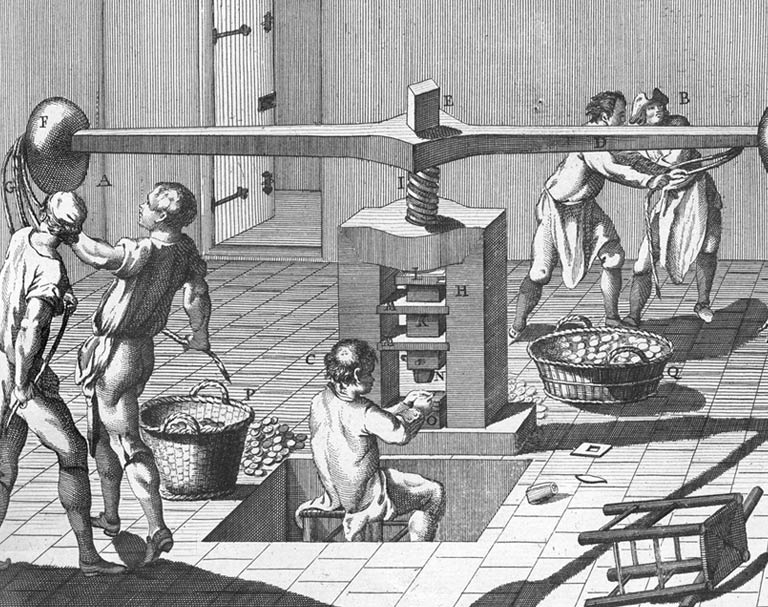