Icons of the Air

The Badge of the RAF

The Royal Air Force is known all over the world for the capability, courage and innovation of the service, but also for the pioneering men and women who brought the RAF through its first century. The next century of air power will be delivered by exceptional people working together and now is the time to inspire the next generation of servicemen and women for the 100 years ahead.

Rhys Morgan’s design focuses on the badge of the RAF. The original badge was adopted at a meeting of the Air Council in 1918, the year the RAF was formally created. It was approved in 1923 by the Royal College of Arms and has changed very little since then. It is instantly recognised by those who wear it – a symbol of the skies – and represents the RAF’s continued strength over 100 years. 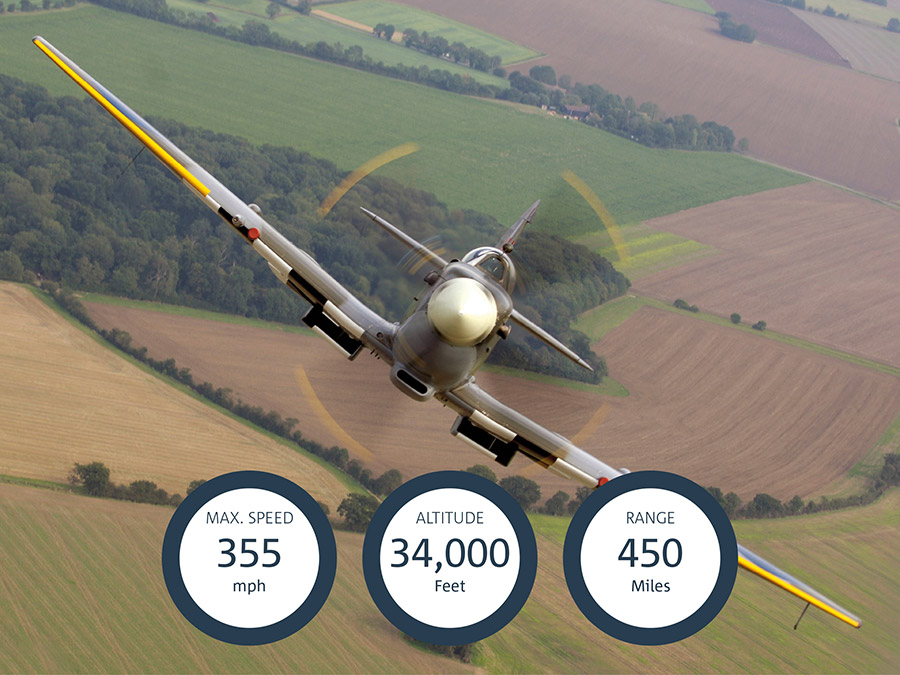 The ‘finest hour’ for both the aircraft and the young pilots who flew it came during the Battle of Britain in the summer and autumn of 1940. The Spitfire, and its naval counterpart, the Seafire, went on to serve in every major theatre of the Second World War. More than 22,700 Spitfires and Seafires were built and a number remain flying to this day, notably with the Royal Air Force Battle of Britain Memorial Flight. 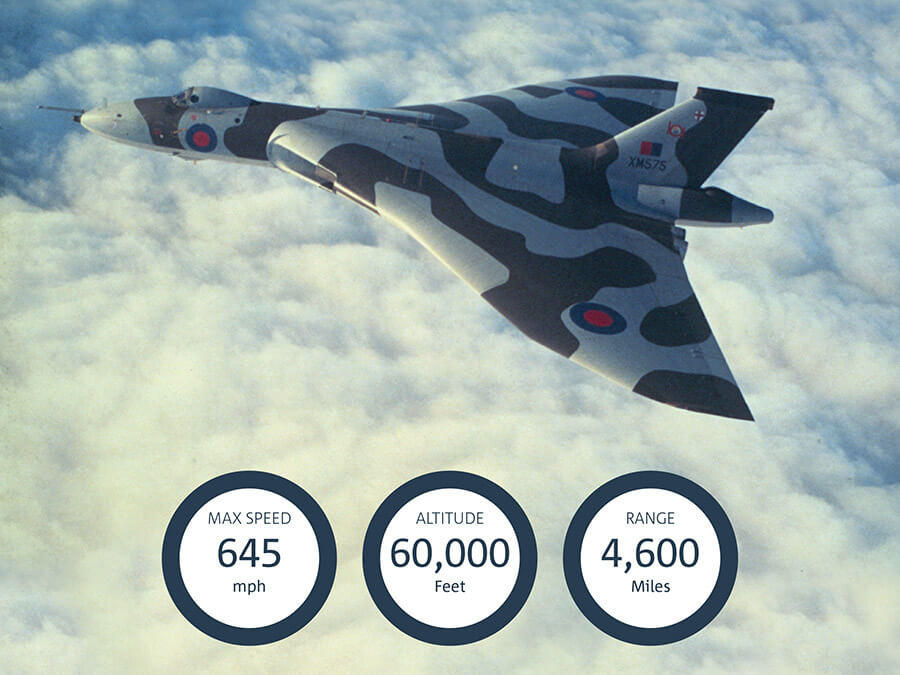 With its instantly recognisable delta wing no other bomber from the jet-age managed to combine awesome destructive capability with such grace and beauty. With its instantly recognisable delta wing, the aircraft was the epitome of power. It had superb range and load-carrying capacity, and the ability to switch from using high altitude bombing profiles to low-level ground-hugging attack profiles.

The Vulcan entered service with the Royal Air Force in 1956 and was part of the United Kingdom’s nuclear deterrent at the height of the Cold War. In July 1969 the primary responsibility for the nation’s nuclear deterrent passed to the Navy’s Polaris submarines, but the Vulcan remained in service assigned to NATO. It would later be called into action for the Falkland War. The ‘Black Buck’ missions of 1982 were both the Vulcan’s operational debut as a bomber and its swansong, as the last Vulcan bomber squadron disbanded in December of that year. 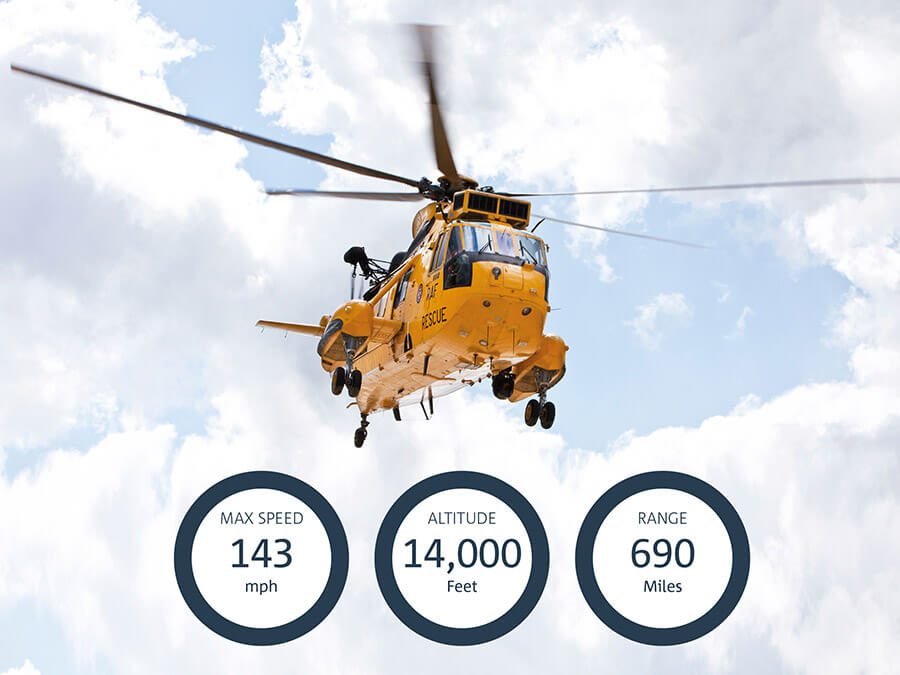 The RAF Sea Kings were a version of the Sikorsky S-61 licence-built by Westlands and using Rolls-Royce Gnome engines. The Sea King entered Royal Air Force service with the HAR 3 variant in 1978 and they were employed by the RAF exclusively in a Search and Rescue role.

Though primarily associated with rescuing the crews of ships in danger of sinking, or of injured crewmen, the Sea King performed a wide range of humanitarian missions. As well as cliff rescues they have assisted in natural disasters, and were frequently deployed to search for missing persons and to assist in transporting mountain rescue teams. They were also often tasked to transfer patients between hospitals and others requiring specialist care where time was often of the essence. 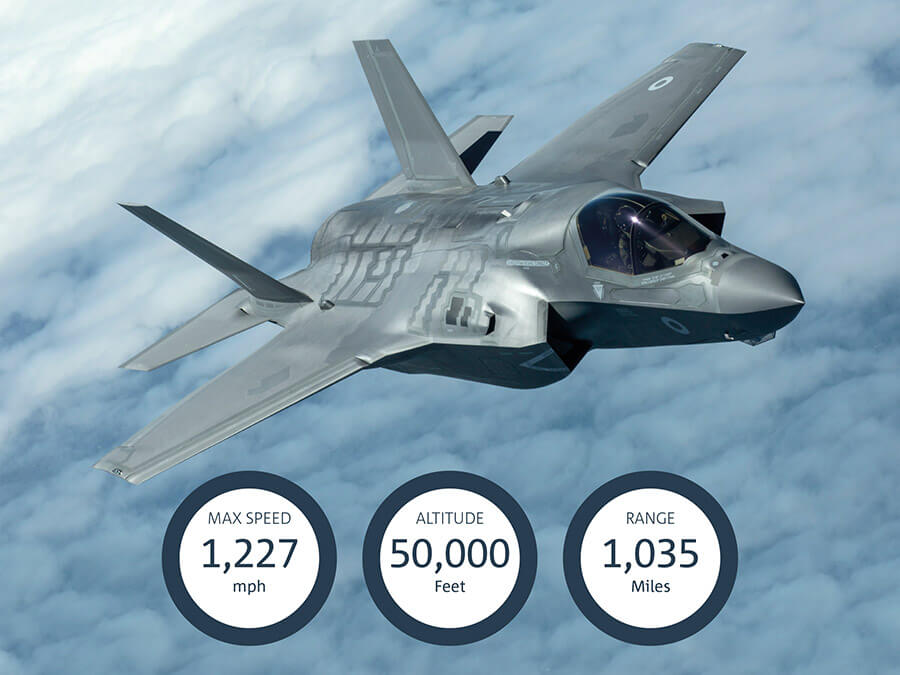 The Lightning II aircraft is part of the UK’s next generation of combat aircraft. With unprecedented capability and as a multirole combat aircraft, it can conduct the roles of different aircraft types simultaneously. These include air-to-air and air-to-surface operations, and intelligence gathering.

The aircraft will be jointly manned by the Royal Air Force and the Royal Navy and will operate from the Queen Elizabeth Class aircraft carriers. The F-35 Programme is a multinational effort managed by the F-35 Joint Programme Office in the USA, making the UK a major partner in what has now become the world’s largest defence acquisition project.