The Birth of a Nightmare

For 200 years, the story of Frankenstein has captured our imaginations. Frankenstein is more than just a story about the creation of a ‘monster’ or a ‘creature’; it is a story that can be interpreted in many ways. From the idea of conception, to a mirroring of parts of Mary Shelley’s life, to discussions of scientific discovery at the time, Frankenstein has been at the forefront of debates of radical thinking, scientific advancements and public perception since it was first created.

Mary Shelley anonymously published a novel entitled Frankenstein, or The Modern Prometheus on 1 January 1818. Declared as the beginning of the science fiction genre by many, the story has sparked countless adaptations – including musicals, countless movies, television shows and various plays and stage adaptations. 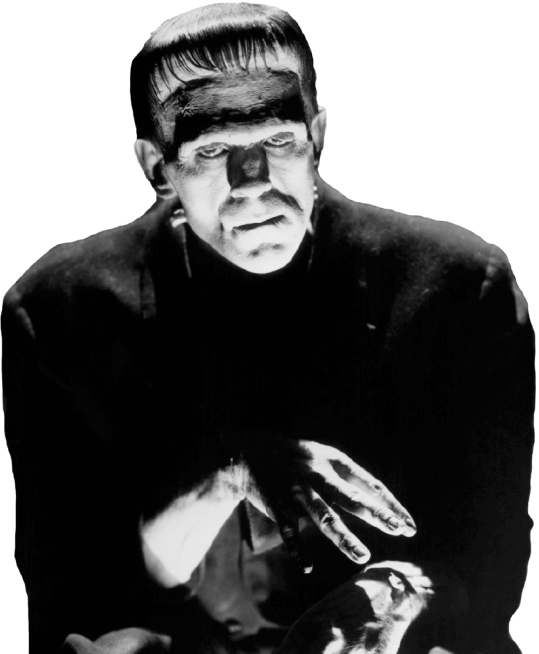 ‘A Spark of Being’

Initially intended as a short story, the idea quickly moved into becoming a novel and was the result of Shelley visiting the poet Lord Byron and the physicist and author of The Vampyre, John Polidori, with, amongst others, her lover – and later, husband – Percy Bysshe Shelley at the Villa Diodati in Switzerland. As a result of Mount Tamboro in Indonesia erupting in 1815, clouds of volcanic ash had poured into the atmosphere. A year later, in the summer of 1816, this meant the weather was memorable for all the wrong reasons. Low temperatures and heavy rain caused terrible crop failures throughout North America, Europe and Asia. The sun was darkened, the atmosphere was gloomy. Some might say the perfect mood and climate for the creation of one of the most famous horror stories to ever be written. With not much else to do because of the bad weather, the group spent their evenings indoors reading ghost stories to each other and discussing scientific discoveries of the time. One particular evening, as candlelight flickered and the weather grew ever darker, Lord Byron challenged the group to come up with, and create, a ghost story of their own. 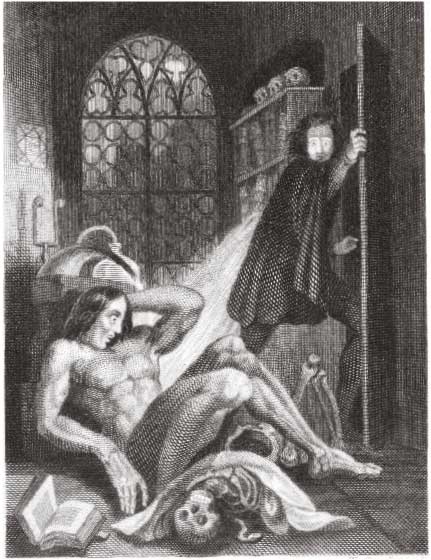 Inspired by the claustrophobic environment, the bleak weather and the discussions centring on scientific discovery, Mary Shelley grew inspired and the idea of Frankenstein was given the first spark of life. Published in 1818, when Shelley was 21, Frankenstein has become a phenomenon and remains a vital text in the world of literature. It continues to be discussed as avidly as when it was first published and has inspired many other different forms of art. Many call it the first science fiction novel; others call it the greatest horror novel of all time. The legacy that Mary Shelley and her creation has left continues to amaze, shock and inspire us, spawning new discussions and creativity, 200 years on.

“I busied myself to think of a story, a story to rival those which had excited us to this task.”

The Spark of Inspiration

Thomas T. Docherty is part of The Royal Mint’s Coin Design team and has been working at The Royal Mint since 2005. Thomas trained at the City of Glasgow College, and then at Cardiff Metropolitan University where he won the Design for Manufacture Award run in conjunction with LINPAC Environmental, exhibiting his work at New Designers in London. Thomas’ work for The Royal Mint includes the design for the £2 coin commemorating the centenary of the 1908 London Olympics, the 2016 Remembrance Day Alderney £5 coin and The Premium Medal which features in the Premium Proof Coin Set in our 2018 Annual Sets collection 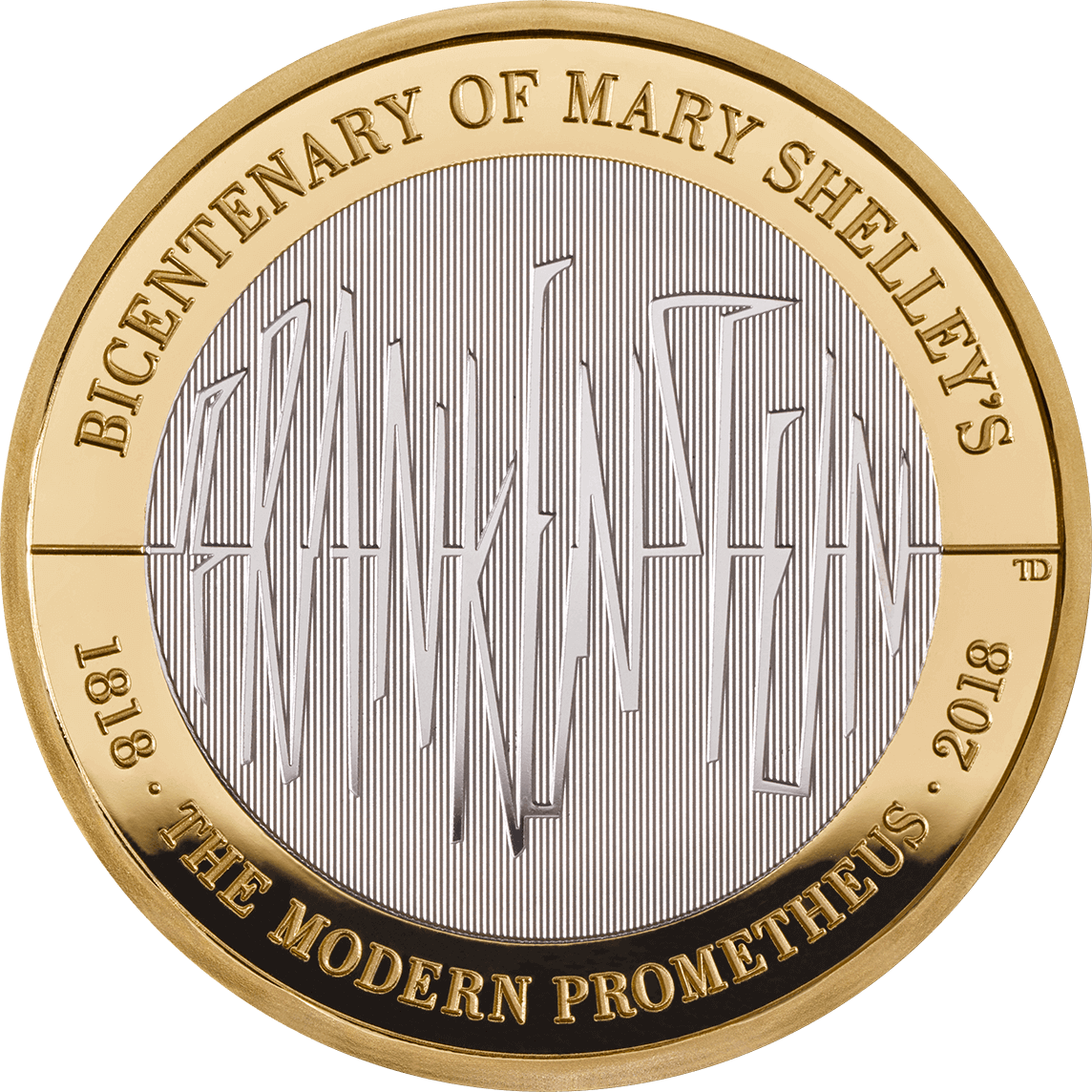 “As this is the anniversary of Mary Shelley’s novel, I really wanted to get a feel for the original story. I am passionate about typography and for a coin celebrating her story, it seemed appropriate to create a design made up of words – extending to the full title of ‘the Modern Prometheus.’ The creature is lifeless, brought to life, then returns to death. I was inspired by the ECG, the jagged pulse of a heartbeat – before the name there is nothing, then the spark of life, which dies to nothing once more.”

Also available as part of the 2018 Annual Set 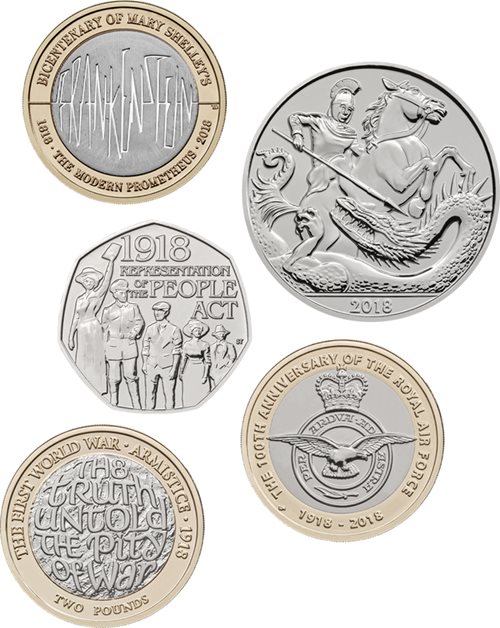 Every year, The Royal Mint’s Annual Sets capture some of the United Kingdom’s most striking stories,