The Transit of Venus | The Royal Mint

The Transit of Venus is an astronomical phenomenon that occurs in pairs eight years apart every 121.5 or 105.5 years. Planets circle the Sun at different speeds so on rare occasions Venus, the second planet, comes between Earth, the third, and the Sun. Visible for several hours, Venus passes like a small shadow across the face of the Sun.

This phenomenon has long been important to science. Today we use radar to calculate our distance from celestial objects but in the 1700s, it was a different story. Attempts to work out the distance from the Earth to the Sun, expressed as one Astronomical Unit (AU), relied on trigonometry. Today we know this distance to be 92.955807 million miles.

It was the astronomer Edmond Halley (of comet fame) who theorised that a Transit of Venus along with some geometry could be used to work out what this unit equated to. If one AU could be calculated, then so could the size of the Solar System.

In readiness for the transit that preceded Captain Cook’s great voyage in 1761, scientists travelled all over the world to make their observations.   Halley had died 19 years previously but scientists weren’t able to confirm his thinking. Weather and other factors spoiled most of their data. 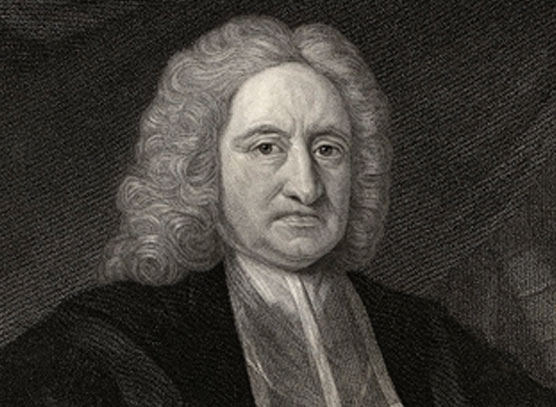 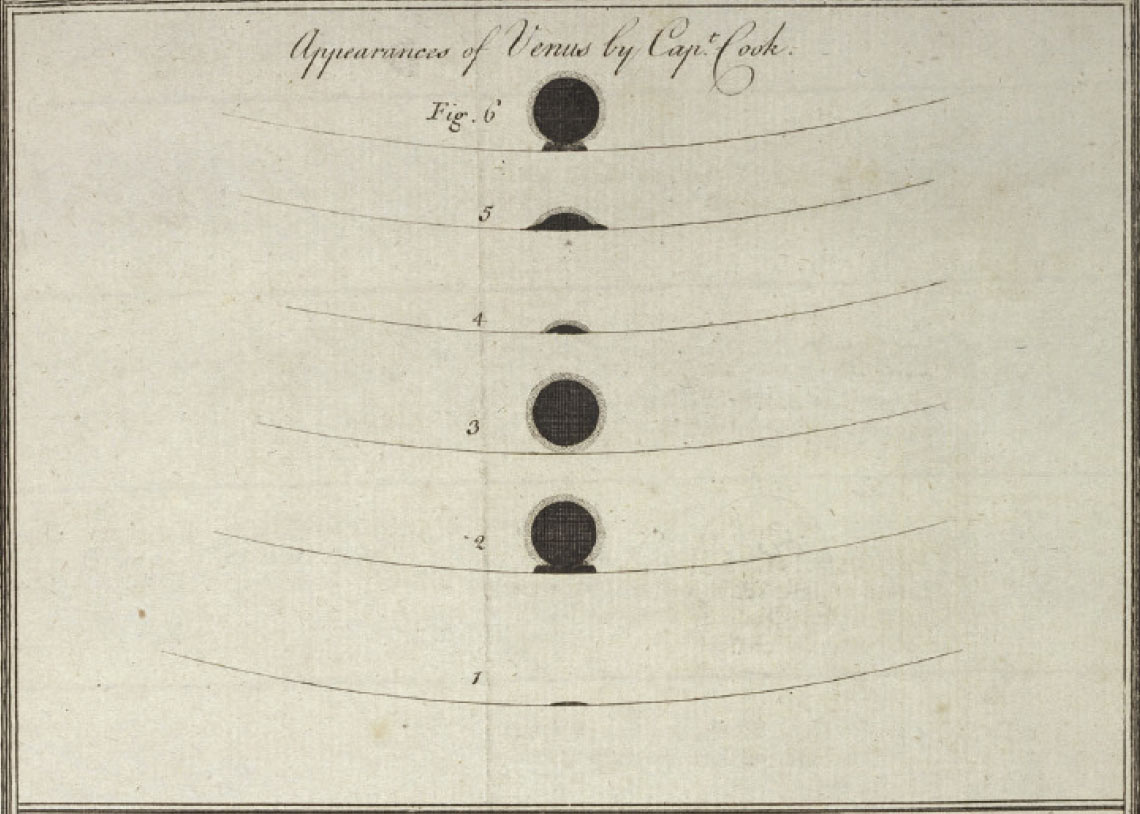 Eight years later the scientific community tried again. When Cook sailed for Tahiti in 1769, he was tasked with constructing an observatory to study the transit which was due to take place on 3 June. Travelling with him was the astronomer Charles Green, assistant to the Astronomer Royal, Nevil Maskelyne. Their paymasters, the Royal Academy, hoped that their observations would help them to find the key to this calculation; there wouldn’t be another opportunity until 1874.

“Saturday 3rd This day prov'd as favourable to our purpose as we could wish, not a Clowd was to be seen the Whole day and the Air was perfectly clear, so that we had every advantage we could desire in Observing the whole of the passage of the Planet Venus over the Suns disk: we very distinctly saw an Atmosphere or dusky shade round the body of the Planet which very much disturbed the times of the contacts particularly the two internal ones. Dr Solander observed as well as Mr Green and myself, and we differ'd from one another in observeing the times of the Contacts much more than could be expected”

Once again definitive data proved elusive. Cook’s observations, along with the others taking place around the world, weren’t precise enough to make the necessary calculations. It wasn’t until the nineteenth century and the advent of photography that scientists were able to make good on Halley’s work.