Take a Voyage of Discovery

A Voyage and Legacy of Discovery

The flora and fauna collected on Cook’s voyages helped transform our understanding of distant lands.

Captain James Cook’s voyages were driven by his own spirit of adventure and the British appetite for exploration. When Cook set sail from Plymouth in 1768 his primary mission was to record the Transit of Venus from Tahiti in order to improve our understanding of the distance between planets and our ability to navigate the globe. But he also carried sealed orders to seek out the fabled Southern Continent, and it was this mission that would go on to transform our understanding of the Pacific Ocean and its islands.

Joining Cook on board Endeavour for that first voyage were naturalists who collected thousands of fish, shells, birds, butterflies and plants. Their work was financed and directed by Joseph Banks, a young botanist whose personal fortune contributed to the cost of the voyage and paid for the scientists’ reference library and collection equipment. Banks and his fellow botanist Daniel Solander brought back a vast collection of plant specimens, including around 1,000 new species.

They were joined on Endeavour by the artist Sydney Parkinson, who created hundreds of sketches and engravings during the voyage. With no photography at the time, his work gave Europeans their first glimpses of the plants and people of the South Pacific, filling in the gaps in their imaginations and bringing these distant lands to life.

In April 1770 Endeavour anchored in a bay on the east coast of Australia, where the botanists’ plant collection rapidly expanded. Solander recorded descriptions of their discoveries on papers known as ‘Solander slips’, which along with over 200 copperplate engravings and a manuscript describing 360 species, combined to form a priceless scientific record of the voyage. The time spent anchored in this treasure trove of discovery was so successful that Cook decided to name it Botany Bay, in tribute to the botanists’ work there. 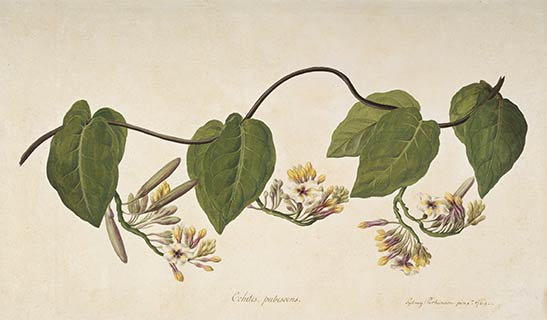