The History of Belfast

The History of Belfast 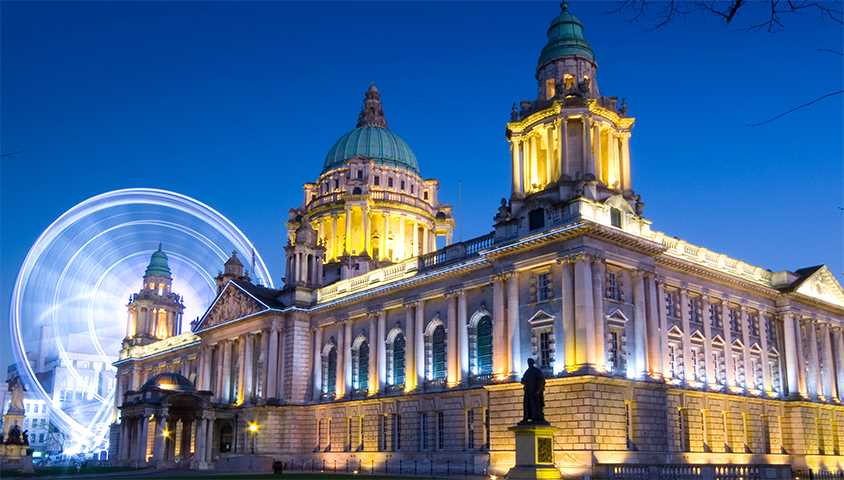 The name Belfast derives from the Gaelic ‘Beal Feirste’, which loosely translates as ‘mouth of the sandbars’, referring to its position on the old River Farset. It benefitted greatly from this location, becoming one of the world’s greatest shipbuilding centres.

Belfast’s history can be traced back as far as the Bronze Age, with a 5,000-year-old stone circle located nearby. It flourished during the Industrial Revolution and by 1800 the population of Belfast had swelled to 20,000. The leading citizens declared their town to be ‘the modern Athens’ and their civic pride was demonstrated in the construction of one magnificent building after another. Today their great architectural legacy – the wonderful Custom House, where the great Anthony Trollope kept an office, the Grand Opera House, the recently renovated Ulster Hall as well as Queen’s University – merges beautifully with the more contemporary Belfast Waterfront Hall and Odyssey Arena.

City Hall was built to celebrate Belfast’s city status, granted by Queen Victoria in 1888, and its great dome, superb Portland stone façade and lavish marble halls symbolised the city's readiness to meet the 20th century. Belfast was made the capital of Northern Ireland in 1921 and today is a thriving capital city – a centre for industry, as well as the arts, higher education and business – and is the economic engine of Northern Ireland.

Belfast used a coat of arms on its seal as early as 1643, but it was not until 1890 that the arms were granted officially. The shield of the coat of arms provides an appropriate reverse for the new £1 coin representing Northern Ireland in the City Series.

Since the city port of Belfast has always been a busy shipbuilding centre, it is not surprising that a sea-going vessel should dominate the shield. The triangular pattern comes from the arms of the Chichester family, while the bell is a simple reference to the city’s name and appeared on tokens issued by Belfast tradesmen in the seventeenth century. The motto of the arms PRO TANTO QUID RETRIBUAMUS can be translated as ‘what shall we give in return for so much’ and provides a pleasing edge inscription for the Belfast £1 coin. 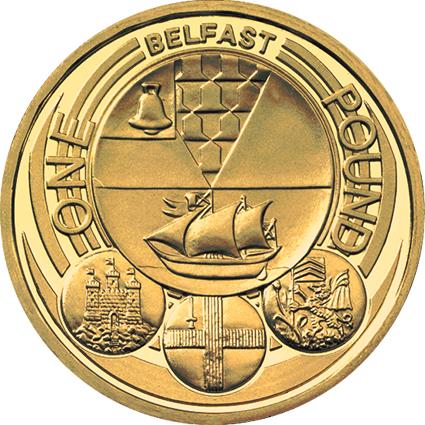