A new Royal Mint for 'D-Day'

The day Britain switched to decimal currency was nicknamed ‘D-Day.’ For the change to take place, hundreds of millions of bronze coins had to be minted and distributed across the country. Every single village, town and city would need plenty of coins to avoid running short of currency.

To meet the demand, work began in August 1967 to build a completely new Royal Mint. Two large concrete-clad buildings were built at Llantrisant in the rolling countryside of the Rhondda Valleys, ten miles to the north-west of Cardiff. Blanks were treated in one building and struck in the other.

Her Majesty The Queen opened the first phase of the building in December 1968, switching on the coining presses. The decimal bronze coins then went into production. 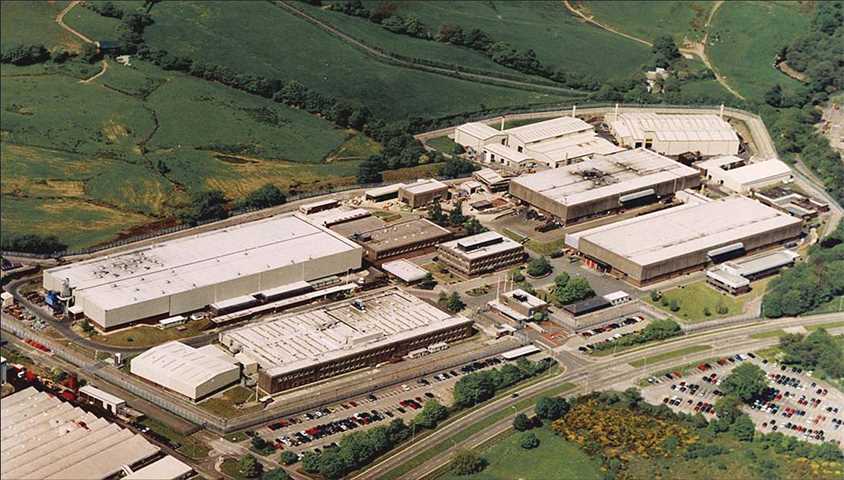 The automatic production lines at Llantrisant made the whole process of minting much speedier and more efficient than before. During 1969, the new mint produced over 50 million coins a week. A century earlier, The Royal Mint was producing just half that amount in a whole year.

The old Royal Mint in Tower Hill and a few carefully selected contractors continued to supply the blanks for the new decimal coins. Very quickly The Royal Mint built up the stockpile of decimal bronze coins needed for D-Day.

All in all, the new Royal Mint struck over 2,000 million decimal coins in preparation for 15 February 1971. The huge number of coins meant there was no risk of a shortage.

After D-Day, fewer and fewer coins were struck at the old mint at Tower Hill. By 1972, the factory at Llantrisant had become more or less self-sufficient and production in London came to an end.

In November 1975 the last coin was struck at Tower Hill. It was a gold Sovereign and a ceremony was held to mark the occasion. Most of the staff had already left London for Llantrisant, bringing The Royal Mint’s historic coin collection with them. A new chapter in the story of The Royal Mint was just beginning.