A Christmas Carol by Charles Dickens

A Christmas Carol by Charles Dickens

Dickens wrote five Christmas novels as well as a number of short stories that had a festive theme. The best-known today is A Christmas Carol, which first appeared in a periodical in 1843.

The story captured the public’s imagination right from the start, selling out by Christmas Eve 1843. Before its publication people tended to think of Christmas as a medieval festival that was mainly observed in the countryside. A Christmas Carol showed people that it was possible to celebrate Christmas in a modern and urban setting.

Since Dickens wrote his story, it has been translated into dozens of different languages, adapted for stage and screen and even turned into an opera, ballet and Broadway musical.

The spirit of generosity

The central character of A Christmas Carol is Ebeneezer Scrooge. He thinks of nothing but business and doesn’t understand why he should be generous to his employee Bob Cratchit, or indeed to anyone else.

During the tale, Scrooge is visited by the ghosts of Christmas Past, Christmas Present and Christmas Yet to Come. They show him how his meanness creates unhappiness and how a selfish life leads to nothing but loneliness.

Humbled, Scrooge decides to change his ways. He buys a goose and sends it to the poor Cratchit family. The whole family is overjoyed and Tiny Tim, Bob Cratchit’s young son, utters the final words of the novel: ‘God bless you one and all!’

The moral of the tale is that it feels just as good to give presents as to receive them, which sums up the spirit of Christmas. Perhaps that’s why the novel has remained so popular across the world.

From poverty to fame and fortune

Charles Dickens knew both wealth and poverty during his eventful life, so it’s no surprise that coins and money feature a lot in his stories.

Dickens was born on 7 February 1812. His father was imprisoned for debt when Charles was just 12 years old. To help his family make ends meet, young Charles was sent to work at Warrens Blacking Factory, near Trafalgar Square.

Even as a young boy Dickens had a natural ability to notice and remember everything. The experiences at Warrens stayed with him and years later he wrote about this period of his life in his novel David Copperfield. After Warrens, Dickens went on to work as a journalist before becoming a novelist.

Dickens’ experiences of poverty and suffering during his early life fuelled his imagination and enabled him to write about characters from working-class backgrounds.

As his stories became more and more popular, Dickens started to go on reading tours to meet his public. He travelled across Britain and also toured America, reading from his books and gaining a loyal following of readers.

Dickens’ very first public reading took place in Covent Garden, where 2,000 people gathered to hear the great novelist read from his own work. The novel he chose to read from was A Christmas Carol.

Later in life Dickens gave himself the nickname ‘The inimitable,’ which is a fitting description. No other English novelist has matched his energy, ambition and fame and no other writer has created such a huge collection of memorable characters.

In February 2012 The Royal Mint issued a £2 coin to mark the 200th anniversary of Dickens’ birth. The distinctive coin celebrated the life and work of this great man of words. 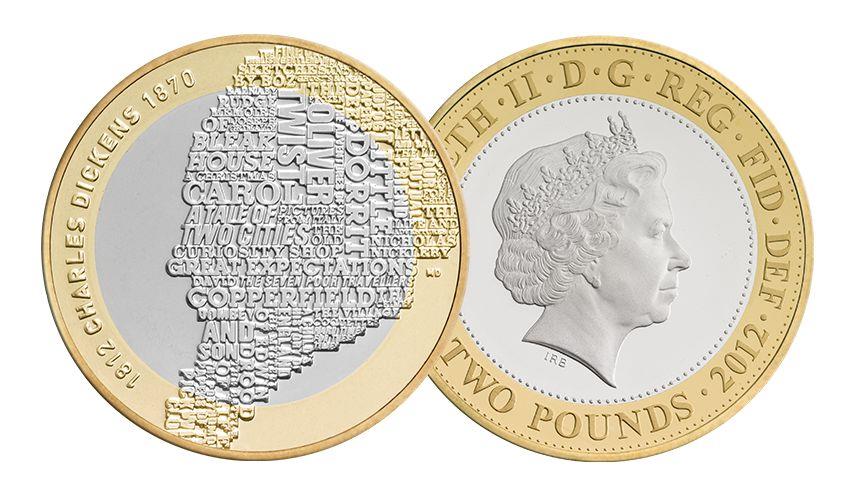