Britannia has represented the people for centuries

The Royal Mint issues a new Britannia coin each year – the most recent, for 2017, was designed by student Louis Tamlyn. So how old does that make Britannia? Is she newborn in this brand new interpretation? Is she reborn, the latest incarnation of an almost 2,000-year-old icon who first appeared on Britain’s coins in Roman times? Or perhaps a little like Her Majesty The Queen, she has more than one birthday!

Britannia first appeared on coins struck under Emperor Hadrian, almost 2,000 years ago. But rather than being a proud symbol she personified a conquered island under Roman rule. James I, who united the English and Scottish thrones, took Britannia as the embodiment of a new ‘Great Britain’ but she did not appear on the coinage again until the reign of Charles II. She was reborn as the ‘queen of the seas’, symbolising Britain’s maritime might on his copper coins. 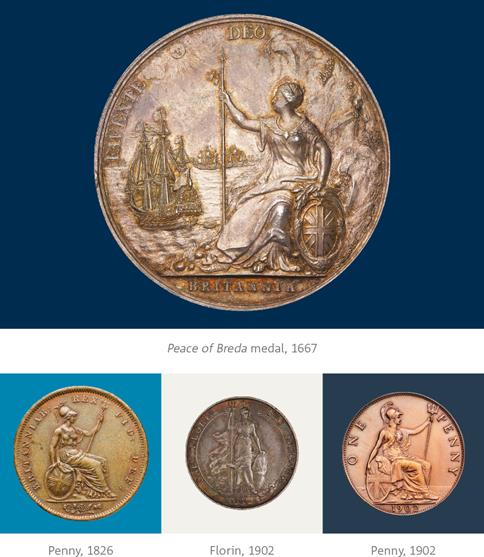 Britannia has represented the people for centuries, outlasting passing trends and weathering political and social change.

Over the centuries, Britannia has become an instantly recognisable icon of Britain. She embodies the qualities we are proud of as a nation, with a strong, courageous spirit. She has never been confined to our coins, her ‘Britishness’ making her a natural inspiration for many companies and corporations, like Britannia Airways. She has featured on monuments and graced the pages of fashion magazines. And she has even come to represent a decade, associated with fashion, music and culture in the 1990s, a time forever known as ‘Cool Britannia’. 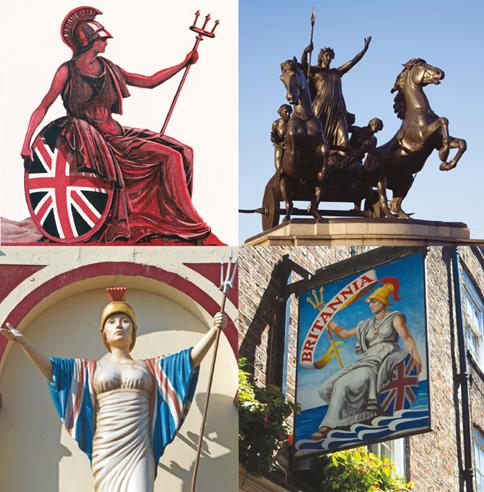