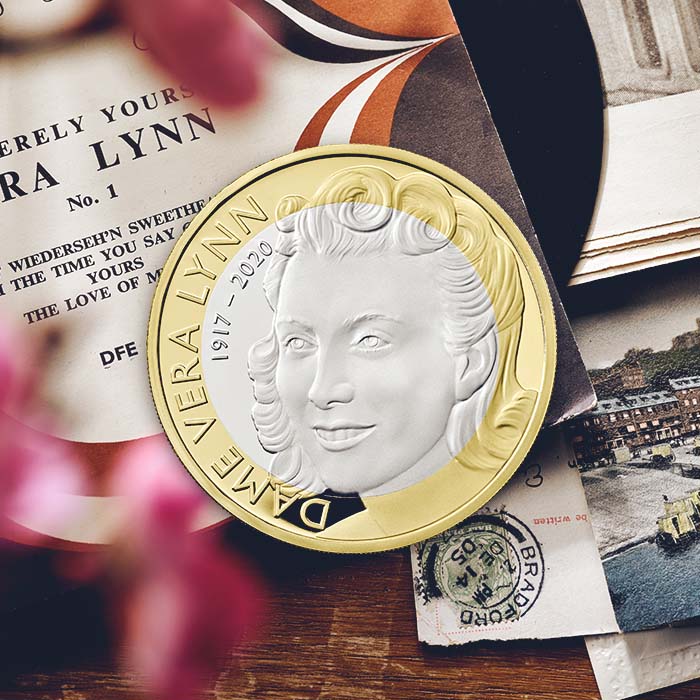 Dame Vera Lynn’s iconic renditions of classic songs such as ‘We’ll Meet Again’ earned her eternal residency within the hearts of many.

The reverse design of the £2 coin features a beautifully detailed portrait of Dame Vera as she appeared during the height of her fame, accompanied by her name and the dates denoting the years of her life. In reference to what was arguably her most famous release, the coin features an edge inscription that reads ‘WE’LL MEET AGAIN’.

Synonymous with Dame Vera, the wartime classic was a wireless staple during the Second World War that resonated with the countless soldiers who had left their families behind. After the war, Dame Vera stayed important through decades of musical change, continuing to record, perform and win new fans even in her eighties and nineties.

On 18 June 2020, Dame Vera sadly passed away but her legacy as a dedicated humanitarian and a true icon of British music will live on forever, much like the timeless songs she sang.

The coin, designed by The Royal Mint’s in-house designers, was originally unveiled in the 2022 Annual Sets, a five-coin collection celebrating milestone events and anniversaries of the year on an official UK coin. The design was brought to life with the expertise and innovation techniques gathered across the 1,100-year history of The Royal Mint, in collaboration with Dame Vera Lynn’s family.

Dame Vera Lynn’s Daughter, Virginia Lewis-Jones said: “It’s fantastic to see my mother celebrated in this way and to ensure her legacy lives on. We’re just so excited and pleased – even more so knowing that Royal Mint coins require approval of Her Majesty the Queen! I’m especially pleased that this coin is available to international collectors. Over the years I’ve always been touched by the sacks of letters we receive from people all over the world who have been moved in some way by my mother’s music, charity work or morale-boosting performances during the war. It wonderful to think that wherever you are, you can own this coin and remember Dame Vera.”

“Fondly known as the ‘Forces’ Sweetheart’, Dame Vera Lynn’s songs were crucial in maintaining morale during the Second World War and it is an honour to celebrate her legacy on a £2 coin. The collectable £2 is The Royal Mint’s latest tribute to one of Britain’s greatest national treasures. We are delighted to have worked with Dame Vera’s family to help this coin come to life.”

The coin will not enter circulation, but collectors can purchase the coins at The Royal Mint website in gold, silver, silver piedfort and brilliant uncirculated, developed with support of Dame Vera Lynn’s Family. For more information, please visit The Royal Mint 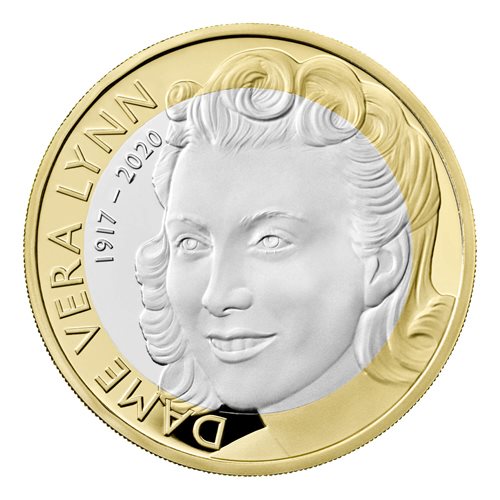 Celebrate the Life and Legacy of the ‘Forces’ Sweetheart’