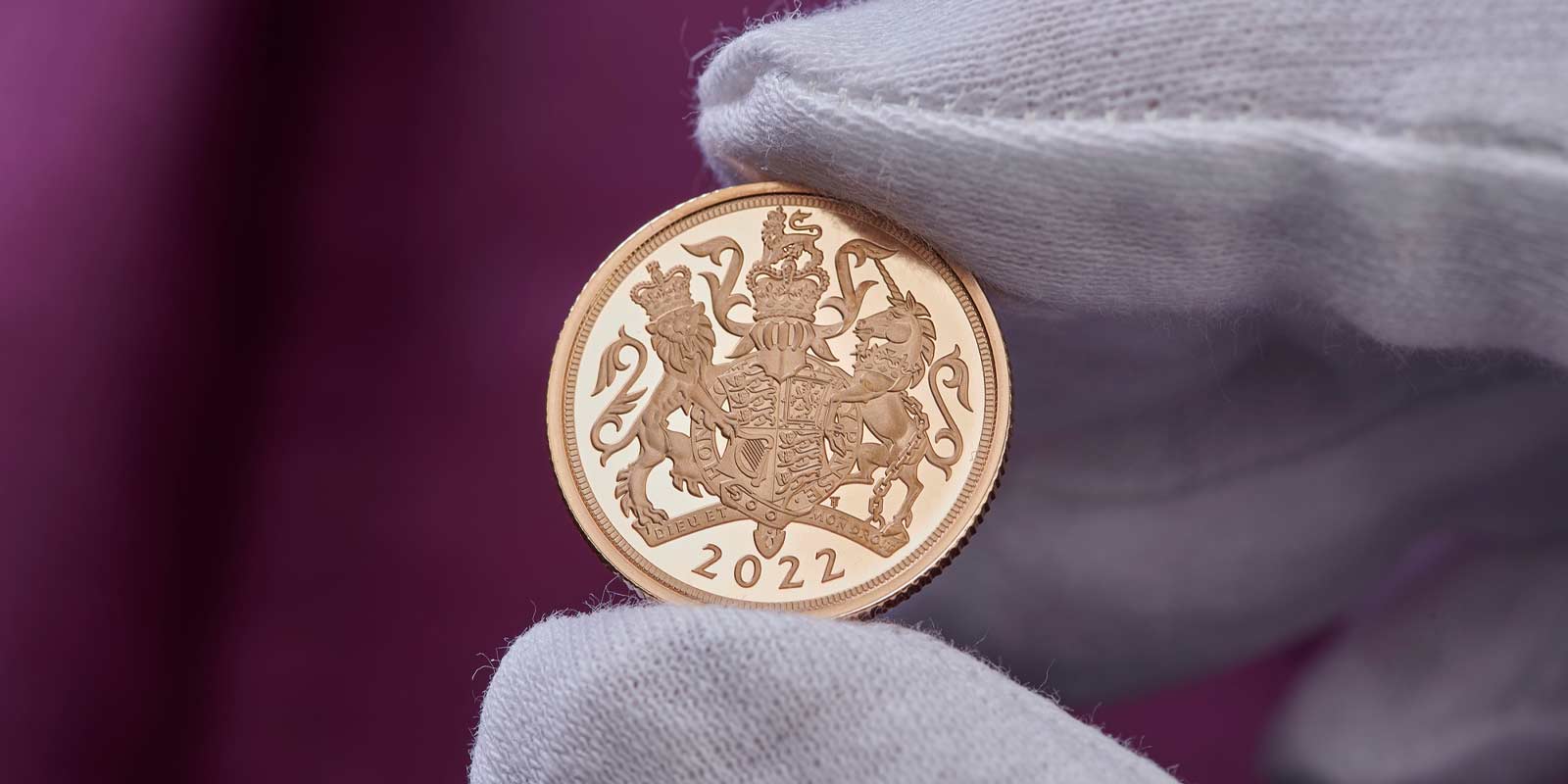 The Royal Mint, the original maker of UK coins, has today unveiled the 2022 dated Sovereign – featuring a rare change of design in celebration of Her Majesty the Queen’s Platinum Jubilee.

To mark Britain’s longest-serving monarch, the 2022 Sovereign will feature a new interpretation of the Royal Coat of Arms created by esteemed artist Timothy Noad. The Sovereign is famous for its depiction of St George and the Dragon by Benedetto Pistrucci, and changes to the design are reserved for special moments in history such as the Golden, Diamond and Platinum Jubilees.

The 2022 Sovereign is the first coin revealed in The Royal Mint’s Platinum Jubilee collection and is expected to be extremely sought after by collectors. It will be followed by range featuring a new, unique obverse portrait of Her Majesty and the first UK 50p coin to celebrate a royal event.

Clare Maclennan, Divisional Director of Commemorative Coin at The Royal Mint said: “We are delighted to unveil the 2022 Sovereign as the first coin celebrating Her Majesty The Queen’s Platinum Jubilee. The Sovereign is one of The Royal Mint’s flagship coins and has celebrated royal achievements throughout the centuries. As such, it was fitting to include the Royal Coat of Arms on the 2022 coin – celebrating Britain’s longest serving monarch with an original design.”

Timothy Noad, Designer of the 2022 Platinum Jubilee Sovereign said, “It’s a huge privilege to be chosen three times to design reverses for The Sovereign. The first time was 20 years ago, for Her Majesty The Queen’s Golden Jubilee of 2002, and the second was the first new St George and the dragon since Pistrucci’s iconic design, in 2005. I’m very proud to be making it a hat-trick!”

In 1489, Henry VII ordered a ‘new money of gold’ that would serve to symbolise the might of the Tudor dynasty. That large gold coin was The Sovereign and it has since evolved to become one of the world’s most distinctive and recognisable coins. More than 500 years since its inception, the ‘chief coin of the world’ still shares a close relationship with the Crown and has become a flagship coin for The Royal Mint.

Interpretations of the Royal Coat of Arms have appeared on coins before – including the old £1- and its long-standing association with the Monarchy makes a fitting design for the 2022 Sovereign.

The Sovereign celebrating The Queen’s Platinum Jubilee will be available in a range of collectable sets as well as individually from The Royal Mint’s website www.royalmint.com/sovereign

Every coin tells a story, from a rare gold Sovereign to a Peter Rabbit™ 50p coin. The Royal Mint aims to inspire collectors young and old, and nurture a love of collecting through unique designs and popular themes. As the maker of UK coinage, we have unparalleled knowledge about coins, from the historic coins of our past, through to the collectable commemorative coins of today.  Sourcing and authenticating pre-decimal coins is a natural fit for The Royal Mint as we struck each one.

Historic Royal Palaces is a team of people who love and look after six of the most wonderful palaces in the world. We create space for spirits to stir and be stirred. We want everyone to feel welcome and accepted. We tell stories about the monarchs you know and the lives you don’t. We let people explore and we set minds racing. We are a charity and your support gives the palaces a future, for everyone.  Registered charity number 1068852. For more information visit www.hrp.org.uk