The Royal Mint unveils its largest coin in its 1,100-year history – a 10 kilo gold ‘Masterwork’ 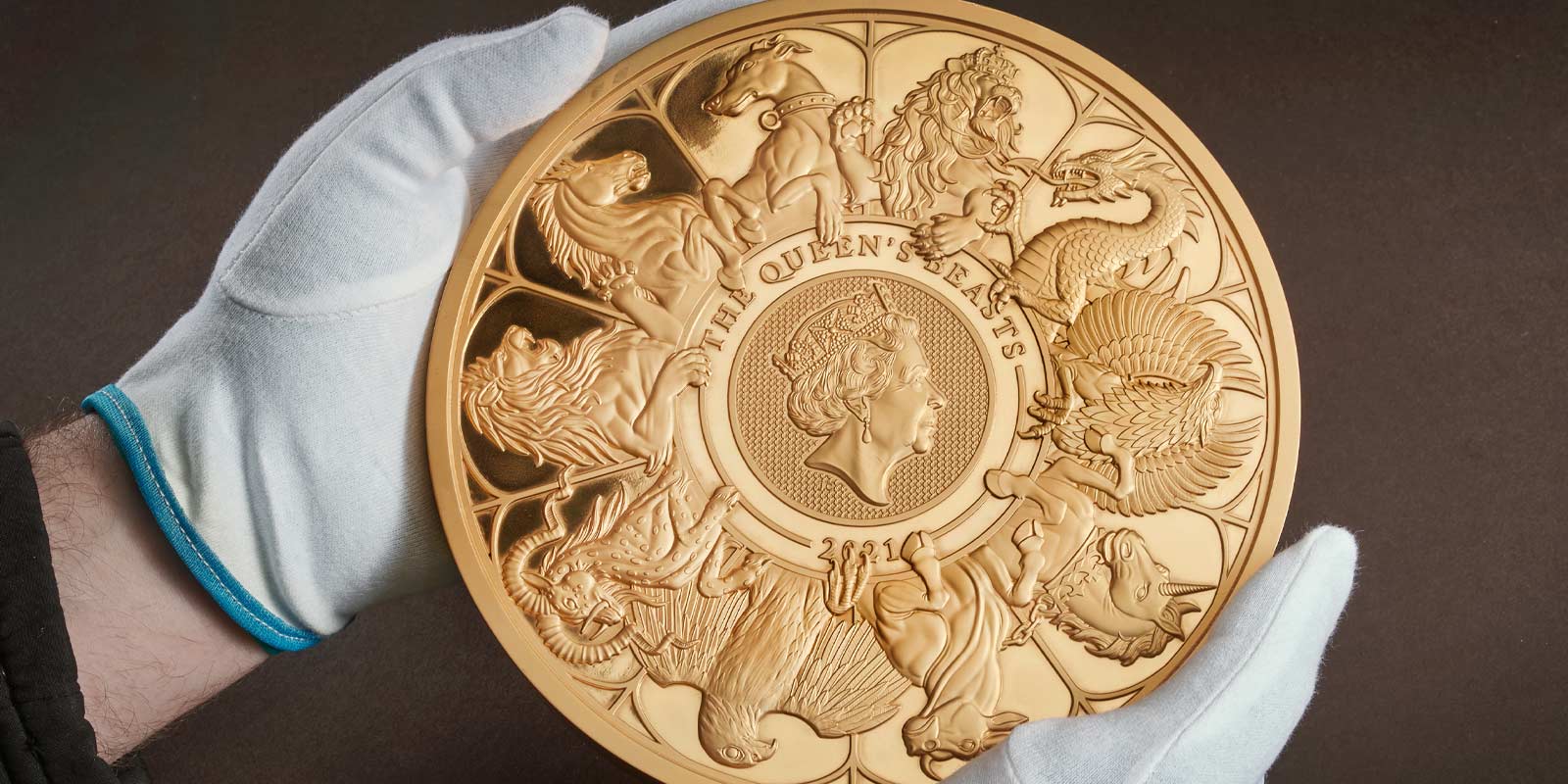 The Royal Mint, the Original Maker of UK coins, has produced a ten-kilo gold commemorative coin for the first time in its 1,100-year history. It is the latest ‘Masterwork’ from The Royal Mint – a new series of larger, one of a kind pieces for collectors made using a combination of traditional skills and innovative technology.

The coin marks the conclusion of the Queen’s Beasts commemorative coin collection and captures all ten beasts side by side in a single design. The series takes its inspiration from the ten stone statues which lined Her Majesty’s route to Westminster Abbey at her Coronation in 1953.

The 10kg coin was created by a team of master craftspeople at The Royal Mint, using traditional minting skills alongside innovative technology. Modern techniques are called upon in the beginning with engraving machines being used to carefully cut the design onto the ten-kilo coin.

A uniquely titled ‘Master Toolmaker’ then hand works the coin, carefully papering and burnishing the surface of the metal to remove any marks made by the cutting process to elevate the finish of the design, before undergoing four days of polishing. Finally, the 200.00mm wide coin is laser frosted to selectively texture the surface of the coin giving it a matt finish showcasing the detailed finish of the coin’s design - completing 400 hours of work. 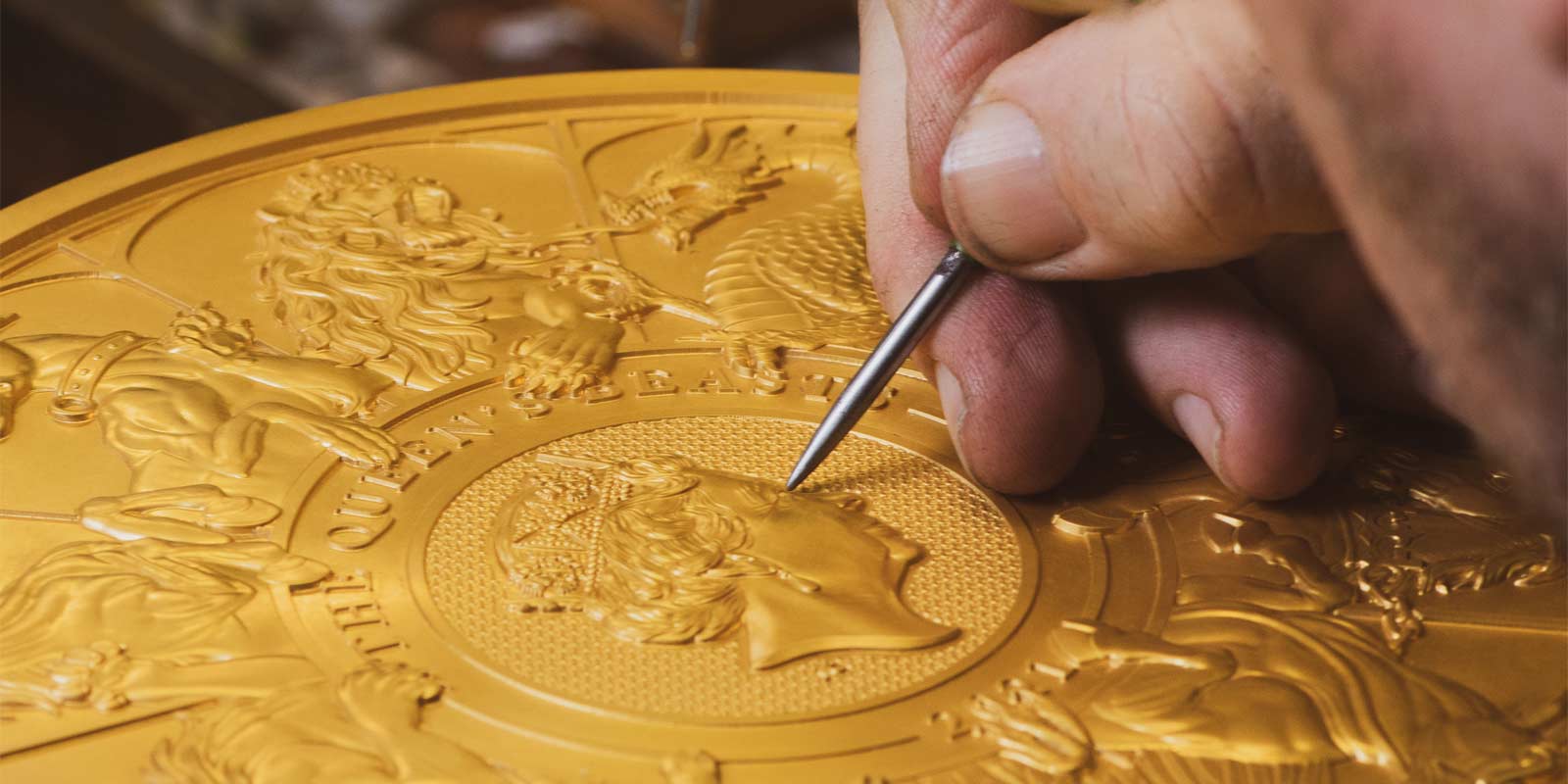 Clare Maclennan, Divisional Director of Commemorative Coin at The Royal Mint said, “We are delighted to unveil a Royal Mint first with the creation of the UK’s largest coin to celebrate the conclusion of our Queen’s Beasts commemorative coin collection. It is the latest in our ‘Masterworks’ series which offer unique works of art for collectors, exclusively from The Royal Mint.

“The Royal Mint’s Queen’s Beasts commemorative coin collection has grown in popularity since the first beast was introduced in 2017 and has become a firm favourite amongst coin collectors across the globe.

“This coin sets a new standard for minting - combining centuries old techniques with innovative technology to create a unique and beautiful work of art. It is the largest coin ever created by The Royal Mint, and is testament to the expertise, craftsmanship and skill of our team.”

Starting with the Lion of England in 2017, The Queen’s Beasts Collection has showcased the history and symbolism of each of these creatures in turn. The Royal Mint’s line-up of coronation beasts on commemorative coins is now complete and the celebrations continue with a special coin reuniting all ten beasts in one design. Presented together on one coin, these magnificent royal guardians – lions, a griffin, a falcon, a bull, a yale, a greyhound, a dragon, a unicorn and a horse – surround the effigy of Her Majesty The Queen.

For those looking to complete their Queen’s Beasts collection, the coin is available in a range of finishes with prices starting from £13 available to be purchased from www.royalmint.com/QueensBeasts 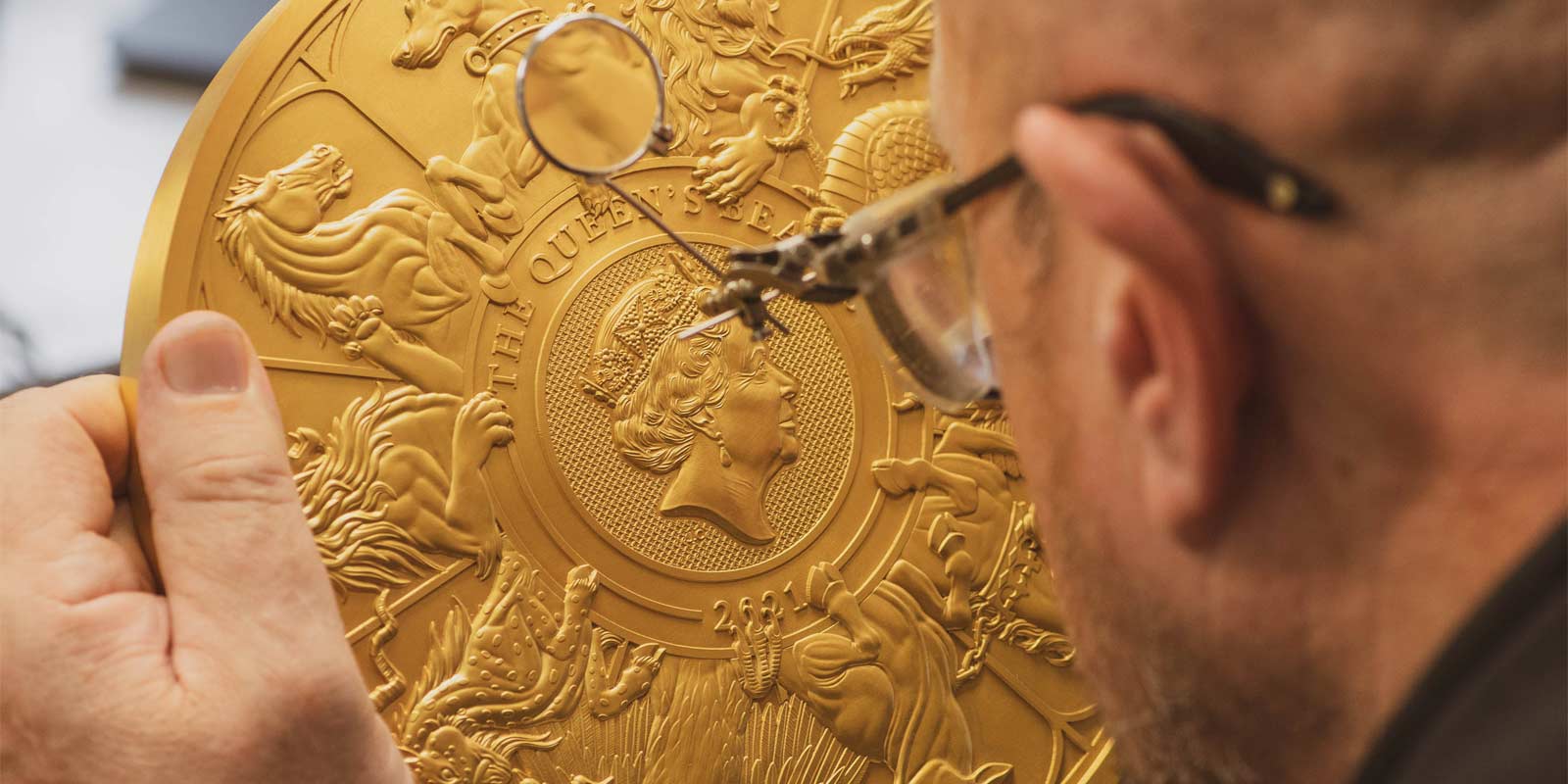 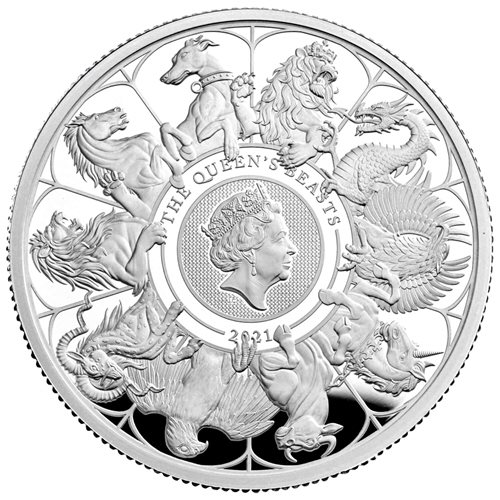 The Queen’s Beasts Collection is a series of ten coins from The Royal Mint, inspired by the ancestral beasts of heraldry, myth and legend that have watched over Her Majesty The Queen throughout her extraordinary reign, from her coronation to her Sapphire Jubilee.