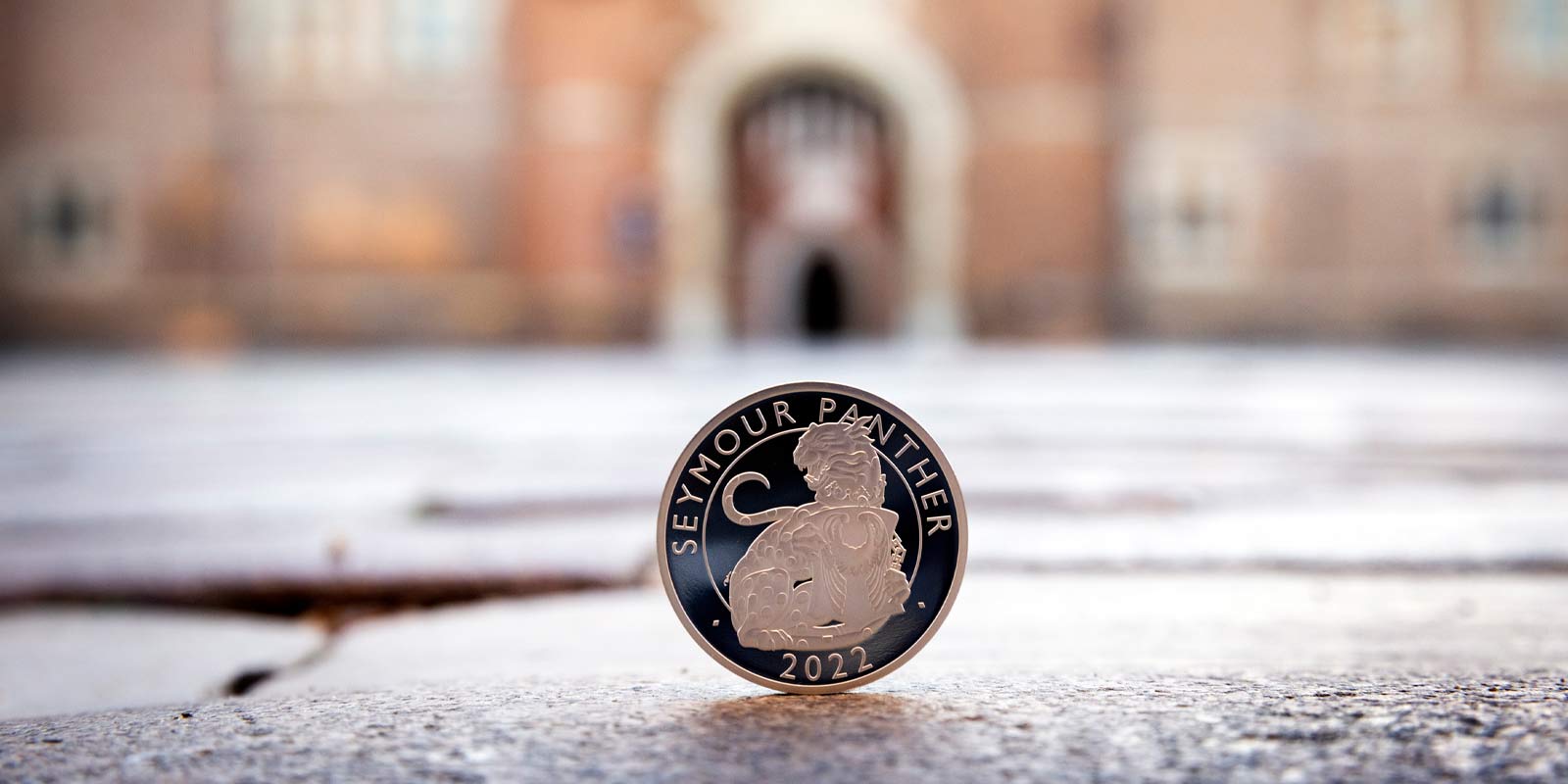 The Royal Mint, the original maker of UK coins, and Historic Royal Palaces have today unveiled a new range of collectable and bullion coins celebrating The Royal Tudor Beasts. The first coin in the collection, the Seymour Panther, was unveiled at Hampton Court Palace– where the original Royal Beasts still welcome visitors today.

The Royal Tudor Beasts collection will be released over five years, with customers able to build their very own collection celebrating the ten beasts chosen by King Henry VIII to line the Moat Bridge of Hampton Court Palace.

The collectable and bullion collection celebrating The Royal Tudor Beasts follows on from The Royal Mint’s Queen’s Beasts Collection that celebrated the ten ancestral beasts that lined the entrance to Westminster Abbey at Her Majesty The Queen’s coronation.

Clare Maclennan, Divisional Director of Commemorative Coin at The Royal Mint said: “We are delighted to be introducing a new range of collectable and bullion coins celebrating The Royal Tudor Beasts – the ten beasts chosen by Henry VIII. This exciting new range has been developed with Historic Royal Palaces and follows on from our popular Queen’s Beasts range.

To celebrate the launch, we felt it was only right to unleash the first beast, the Seymour Panther, at the original home of the Royal Tudor Beasts – Hampton Court Palace. We hope collectors across the globe are equally as excited as we are for the launch of our latest range of collectable and bullion coins.”

Emma Saunders, Senior Licensing Manager at Historic Royal Palaces commented: “We are very proud to be launching another new collection of coins in partnership with The Royal Mint. The Seymour Panther is inspired by one of the majestic Royal Beasts on the Moat Bridge at the entrance to Hampton Court Palace and symbolises the union of Henry VIII and his third wife, Jane Seymour.

As an independent charity, each sale of Historic Royal Palaces’ collectible coins helps support our cause and contributes to the future of the incredible buildings and collections in our care, which is more important now than ever before.”

The whole collection has been designed by artist David Lawrence. Each coin design is a unique balance of the naturalistic elements of the creatures with a stylised, heraldic depiction incorporated into the design.

David Lawrence, designer of The Royal Tudor Beasts said: “It was an honour to be chosen to depict the heraldic beasts on a coin and bullion collection as well as a huge challenge. Each royal beast comes down to us with centuries of heritage and meaning attached to them, so my task was to find a new vision that is still true to the past.”

The Seymour Panther was a heraldic symbol belonging to Jane Seymour, Henry VIII’s third wife. Given to her by the king from the treasury of royal beasts, it is thought that a panther had been part of the collection since the reign of Henry IV. As Henry VII’s mother, Margaret, was a Beaufort and a panther also appeared on the Duke of Beaufort’s arms, both Henry VII and Henry VIII used the beast as a symbol of their lineage.

The coin is available in a range of precious metal Proof editions, as well as a Brilliant Uncirculated edition. Visit www.royalmint.com/tudorbeasts to view the full collection. The Royal Tudor Beasts will also be available as bullion coins in the coming months. 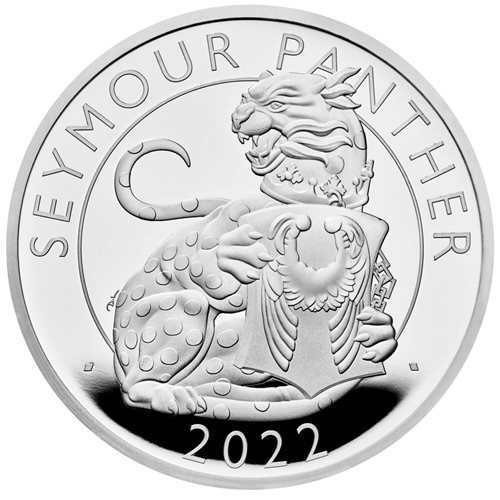 Symbolising the strength of the union between Henry VIII and his third wife, Jane Seymour, the Seymour Panther is the first coin in a ten-coin collection honouring the Royal Tudor Beasts.

With a history spanning more than 1,100 years, The Royal Mint is Britain’s oldest company and the original maker of UK coins.  Today The Royal Mint is a premium British maker, providing carefully crafted coins and precious metal products for the UK and overseas.  Based in Llantrisant, South Wales it has three main focuses as a business: Currency, Consumer (collectable and rare, historic coins) and precious metals investment.

Every coin tells a story, from a rare gold Sovereign to a Peter Rabbit™ 50p coin. The Royal Mint aims to inspire collectors young and old, and nurture a love of collecting through unique designs and popular themes. As the maker of UK coinage, we have unparalleled knowledge about coins, from the historic coins of our past, through to the collectable commemorative coins of today.  Sourcing and authenticating pre-decimal coins is a natural fit for The Royal Mint as we struck each one.

Historic Royal Palaces is a team of people who love and look after six of the most wonderful palaces in the world. We create space for spirits to stir and be stirred. We want everyone to feel welcome and accepted. We tell stories about the monarchs you know and the lives you don’t. We let people explore and we set minds racing. We are a charity and your support gives the palaces a future, for everyone.  Registered charity number 1068852. For more information visit www.hrp.org.uk