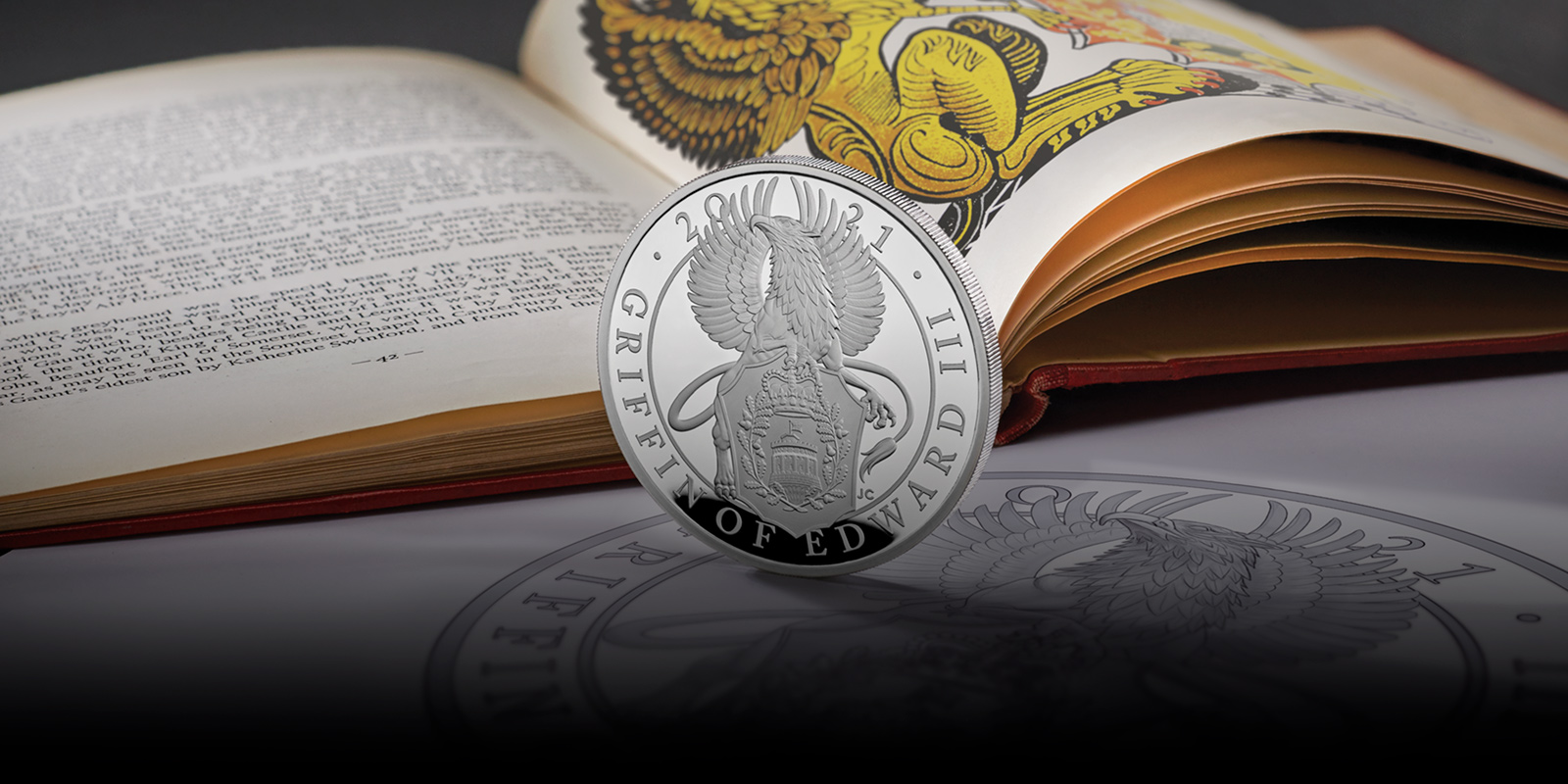 High resolution images can be downloaded from the following link: HERE

The Royal Mint, the original maker of UK coins, has today unleashed the Griffin of Edward III onto a commemorative coin as the final heraldic beast that forms part of the Queen’s Beasts collection.

Chosen as one of the ten ancestral beasts that lined the entrance to Westminster Abbey at Her Majesty The Queen’s coronation, the Griffin of Edward III has been reimagined for modern times by designer Jody Clark.

Each coin design that forms part of the Queen’s Beasts collection is a combination of heraldic symbolism and dynamic realism. Using this skilful blend, the coin’s design successfully portrays the power and courage of the mythical creature that is the Griffin, ensuring the design of the coin is in keeping with the other beasts that form part of the commemorative coin collection.

Known as a treasure guardian and a talisman to ward off evil, the griffin appeared in English heraldry from the twelfth century onwards and first entered royal service as a beast of Edward III. The griffin continued as a royal emblem after Edward III’s death in 1377 – Richard II used it on plate and jewellery – before falling out of favour after 1400. Although a portrait of Henry VI from circa 1458 shows two griffin supporters to his coat of arms.

The coin is available in a range of precious metal finishes, as well as a Brilliant Uncirculated edition. Visit www.royalmint.com/QueensBeasts to view the full collection.

The Queen’s Beasts The Griffin of Edward III 2021Specifications

Throughout history The Royal Mint’s name has been synonymous with precious metals and bullion. The organisation trades physical and digital precious metal worldwide via www.royalmintbullion.com and a global network of distributor partners.