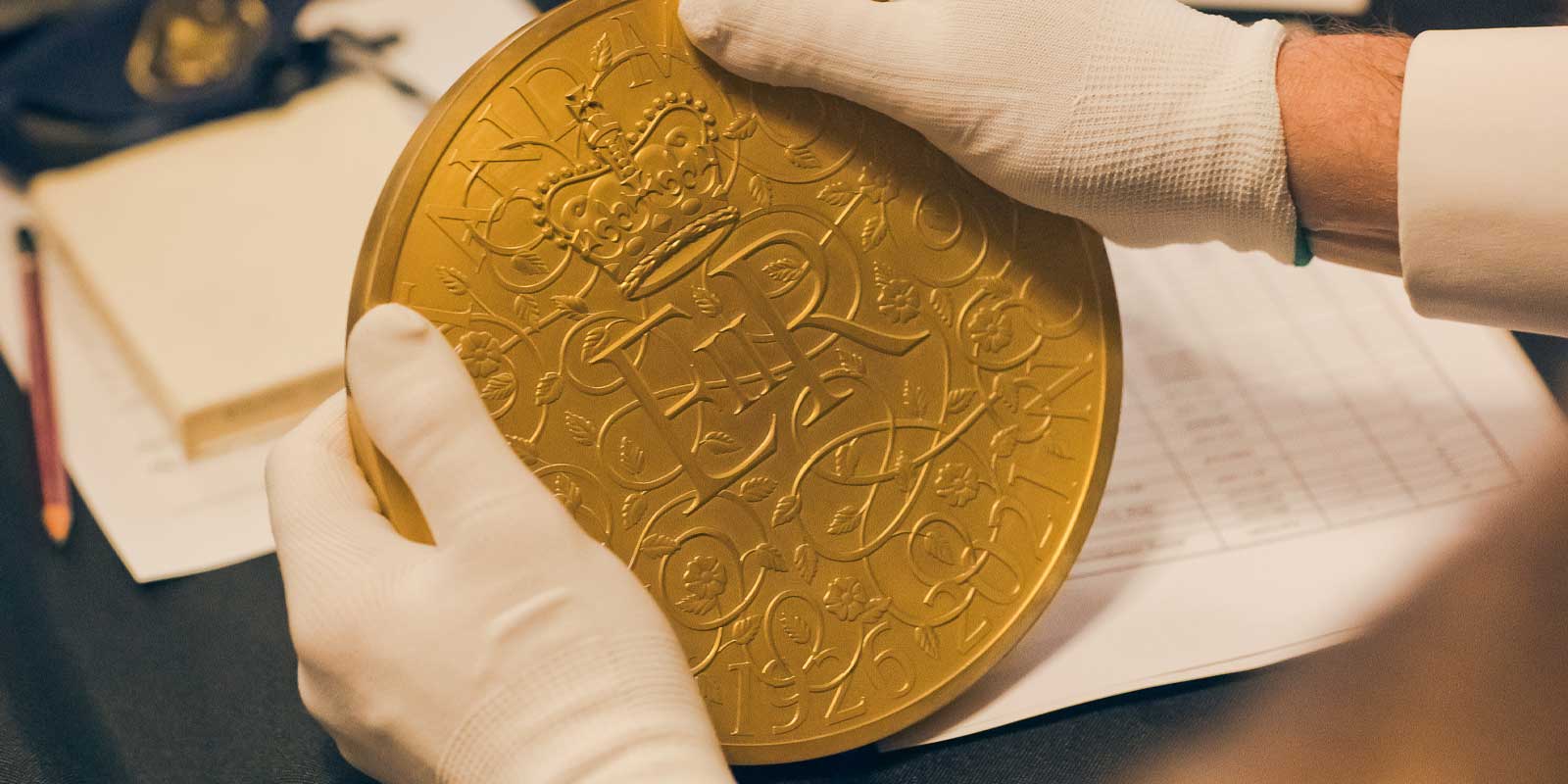 The largest coin ever created by The Royal Mint, the 10-kilo Queen’s Beasts gold proof, is one of the coins sent to the Trial of the Pyx this year. The Royal Mint’s coins were submitted for testing on 1st of February at Goldsmiths’ Hall in the City of London in the annual centuries-old ceremony.

The 10-kilo coin is part of the ‘Masterworks’ collection from The Royal Mint – a new series of larger, one-of-a-kind pieces for collectors. The coin was made using a combination of traditional skills and innovative technology, creating a unique and beautiful work of art.

Other special coins being tested this year include a 9.5kg ‘Masterwork’ celebrating Her Majesty the Queen’s 95th birthday. The coin bears the inscription ‘my heart and my devotion’ taken from the Queen’s speech first televised on the Christmas broadcast of 1957.

Also attending the Trial of the Pyx this year is the world’s most visually secure bullion coin, the Britannia which contains four innovative security features. These include a latent image, surface animation, micro-text and tincture lines – all of which provide security and peace of mind for consumers.

As The Royal Mint continues to diversify as a business, precious metals pieces are becoming more popular with investors as a store of wealth. All coins made by The Royal Mint are subject to the testing process at Trial of the Pyx - the responsibility of the Goldsmiths' Company – which ensures coins produced are of the highest standard.

The Trial, the UK’s oldest judicial ceremony, aims to protects consumers and upholds the quality of the nation’s coinage – as important today as it has been since the first public Trial in 1248.  This includes ensuring the coins maintain the precision and accuracy that The Royal Mint is known for. The trial brings together The Goldsmiths’ Company, The Goldsmiths Company Assay Office and The Royal Mint to ensure the integrity of the coins it creates.

A sample of new coins struck by The Royal Mint is rigorously and independently checked for fineness and quality by an independent jury of Goldsmiths’ Company members, before further analysis by the Goldsmiths’ Company Assay Office – which will test the purity of precious metal by taking samples from the coins.

Anne Jessopp, CEO, The Royal Mint commented: “As Britain’s oldest company, we have an incredible 1,100-year heritage which includes the ancient Trial of the Pyx ceremony. We are the only Mint in the world to be subject to such rigorous independent testing, and it upholds the trust and quality that The Royal Mint is famous for.

“Our business is evolving, and the coins we submit to the Trial of the Pyx today look very different to those submitted in the twelfth century. This year two of the largest coins ever made by The Royal Mint will appear before the trial – including a 10kg gold Masterwork which took 400 hours to make. The Trial will authenticate the quality and metal content of the coin reinforcing its value as a piece of art.”

The trial jury, comprising members of the Goldsmiths' Company, is a formal court of law. It is summoned to the Hall by the senior judge in the Royal Courts of Justice, known as the Queen's Remembrancer. During the opening proceedings the coins are counted and weighed, and a selection put aside for testing by the Assay Office.  The Company has two months to test the coins.

More information on the Trial can be found here. 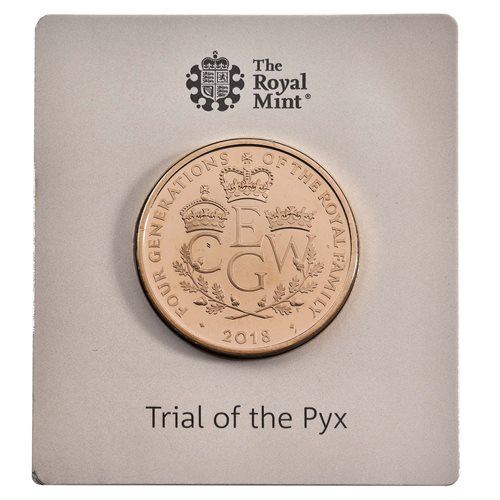 Coins put before the jury at the Trial of the Pyx, the annual ceremony at Goldsmith’s Hall in London that safeguards the integrity of our currency. These items are exclusive to The Royal Mint and availability is extremely limited.