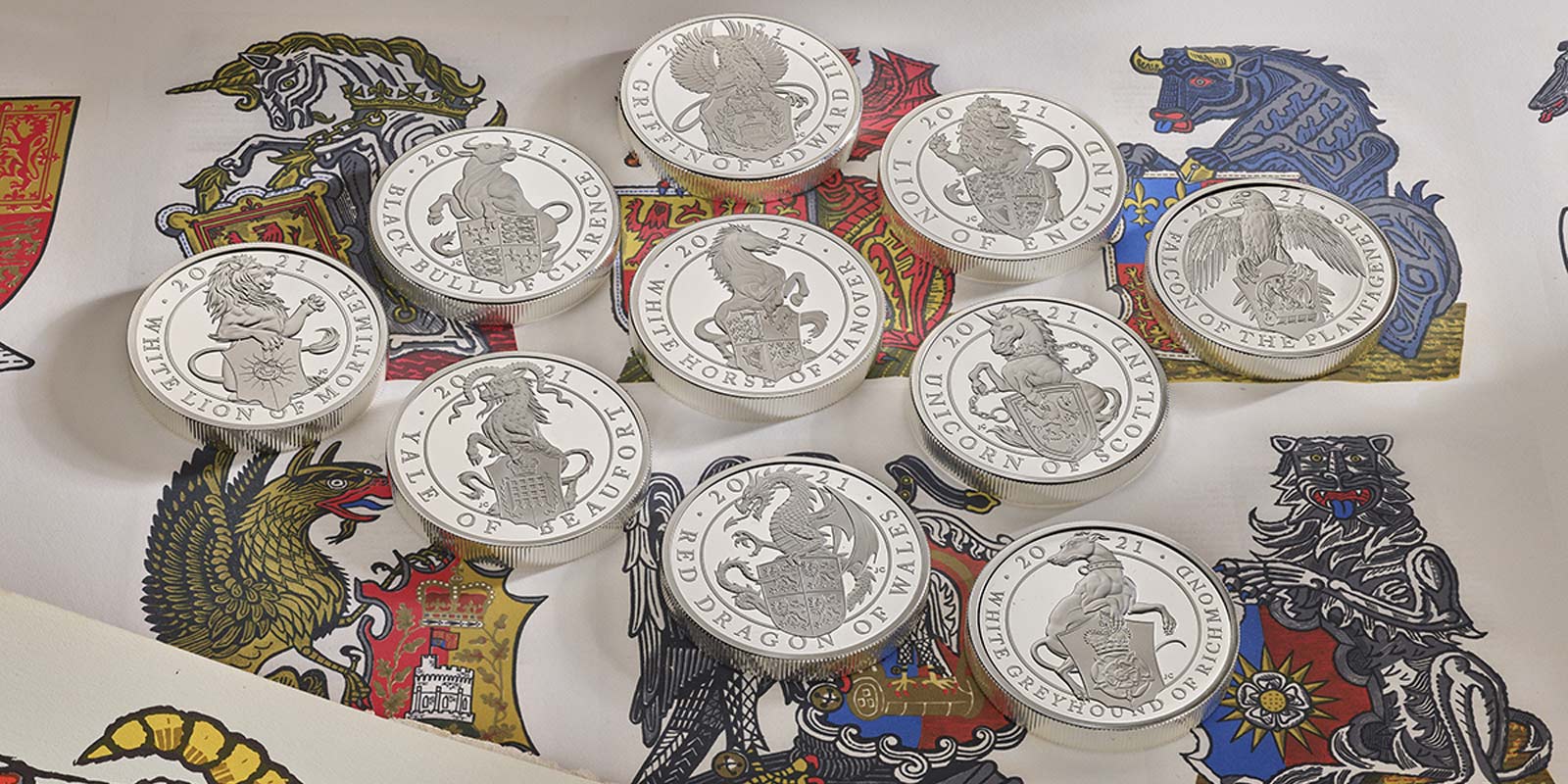 As the original maker of UK coins, The Royal Mint has unveiled a ten-coin set, reuniting all of The Queen’s Beasts in one collection - marking the end of the series.

Each coin design that forms part of the Queen’s Beasts collection is a combination of heraldic symbolism and dynamic realism. Using this skilful blend ensures the design of each coin is in keeping with the other beasts that form part of the collection.

Clare Maclennan, Divisional Director of the Commemorative Coin at The Royal Mint said, “The Royal Mint’s Queen’s Beasts coin collection has grown in popularity and become a firm favourite amongst collectors across the globe, since the first beast, The Lion of England, was introduced onto coins in 2017. We are delighted to be reintroducing all ten of these heraldic creatures as part of a ten-coin set, with each beast featuring on their very own 2021 dated coin. The collection combines a skilful blend of design and craftsmanship with symbolism and dynamic realism. Together they bring to life the ten ancestral beasts that lined the entrance to Westminster Abbey at Her Majesty The Queen’s coronation.”

In June 1953, Her Majesty The Queen’s coronation took place at Westminster Abbey. The entrance to Westminster Abbey and greeting The Queen upon her arrival were ten statues of heraldic creatures, each of which represented the ancestry of the young woman about to be crowned. Each beast represents a royal ancestor that had gone before her and symbolised noble characteristics desirable in a monarch.

Finished to Proof standard, the set is available as a gold and silver quarter-ounce edition – whose coins feature a reverse frosted finish – and a silver two-ounce edition. Visit The Royal Mint website to view the full range www.royalmint.co.uk