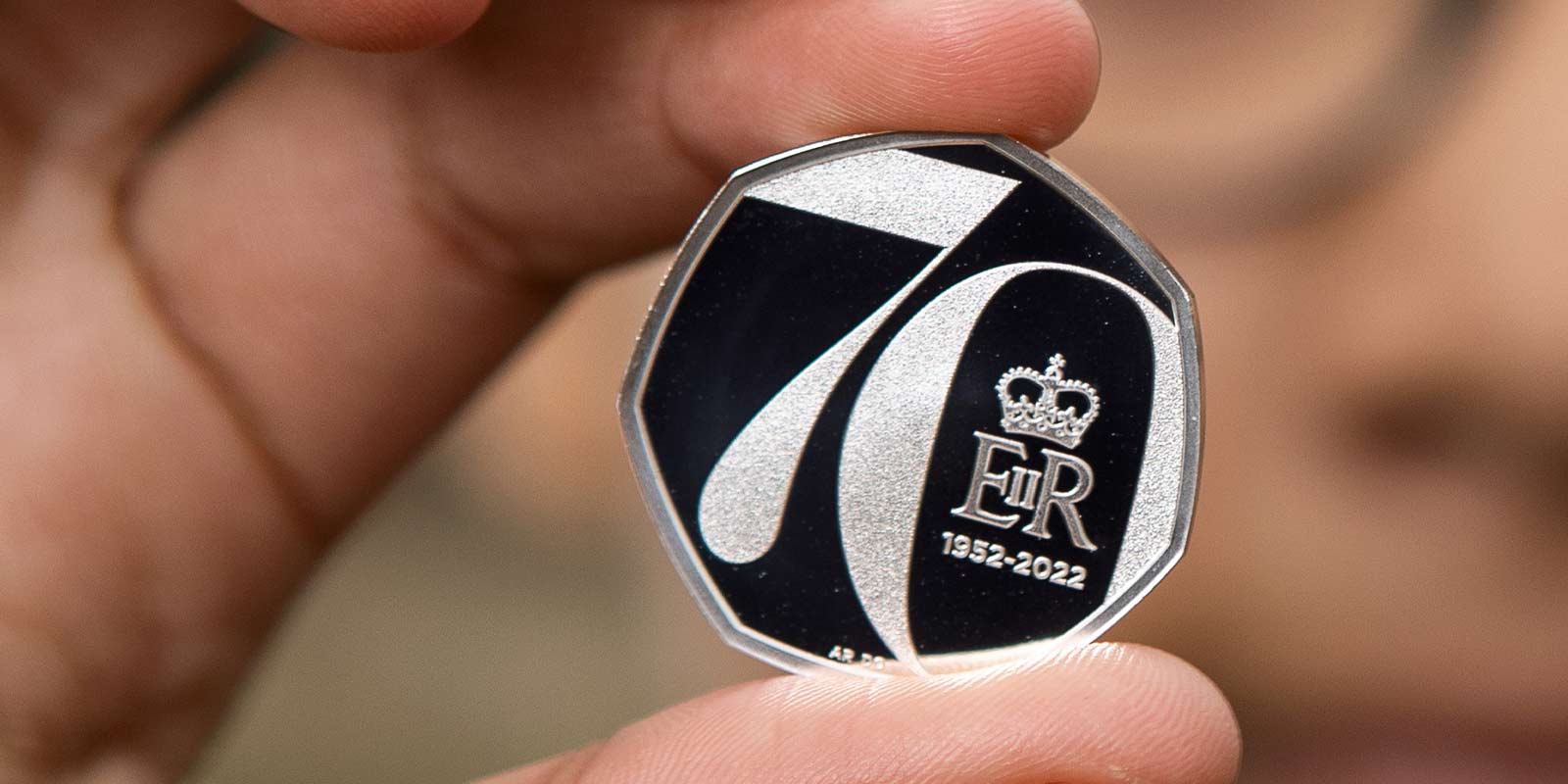 The Royal Mint has confirmed that a 50p coin celebrating Her Majesty The Queen’s Platinum Jubilee will be released into circulation via Post Offices across the UK from Monday 7 February.

The special 50p coin features a commemorative Platinum Jubilee design on the ‘tails’ side of the coin and will be circulated following the 70th anniversary of Her Majesty’s accession to the throne in 1952.

The collaboration with UK Post Offices ensures that members of the public will get the chance to receive the special 50p coin in their change at branches nationwide from 7 February onwards.

The Royal Mint has already started to strike the coins at their highly secure site in South Wales, with a pressure of around 60 tonnes striking up to 850 coins a minute.

It is the first time that a Royal event has been celebrated on a 50p, Britain’s most collectable coin, and the unique design has been personally approved by The Queen.

Designed by artists Osborne Ross, the coin features the number 70 with the Royal Cypher and the dates of Her Majesty’s reign framed inside the zero. On the opposite side is the fifth definitive portrait of The Queen, by Jody Clark, which appears on all circulating UK coin.

The Royal Mint’s Director of UK Currency Mark Loveridge said: “Coins tell the story of our nation and we are delighted to be working with the Post Office to mark this special Royal occasion. By issuing the Platinum Jubilee coin into circulation it ensures that this significant moment in history can be cherished for generations to come.

“This special 50 pence features an elegant and bold number 70 in celebration of Her Majesty’s Platinum Jubilee year, and we expect it to become one of the nation’s most collectable coins. We are delighted that 1.3 million coins baring this unique design will be accessible at Post Offices across the UK.”

Trusted by monarchs for 1,100 years, The Royal Mint has struck circulating coins for The Queen throughout her reign, including five definitive portraits of Her Majesty. The Platinum Jubilee 50p coins are expected to be highly sought after due to the limited release of 1.3 million for UK Post Offices. The maximum coin mintage is set at 5,000,070 coins – in a special nod to 70 years on the throne.

Nick Read, Chief Executive at the Post Office, said: “We are thrilled to be part of the celebrations for Her Majesty’s Platinum Jubilee year and that our 11,500 Post Offices across the whole of the United Kingdom will exclusively start the circulation of this special 50p coin from Monday 7th February. Postmasters are at the heart of their local communities and have been throughout our 360-year history. I have no doubt that this will be a real honour and privilege for Postmasters and their teams.”

Members of the public can find details of their local Post Office by visiting its website. There will be limited supplies of this coin entering circulation. To be in with the chance of receiving the new 50p, a Post Office customer will need to purchase a product or service at the branch. It is not possible to swap a 50p coin for this special 50p coin at the Post Office counter. 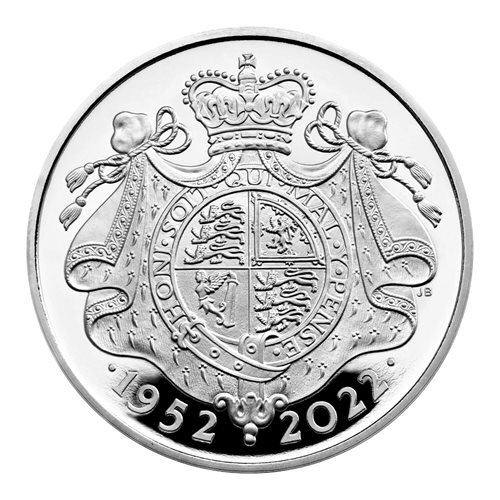