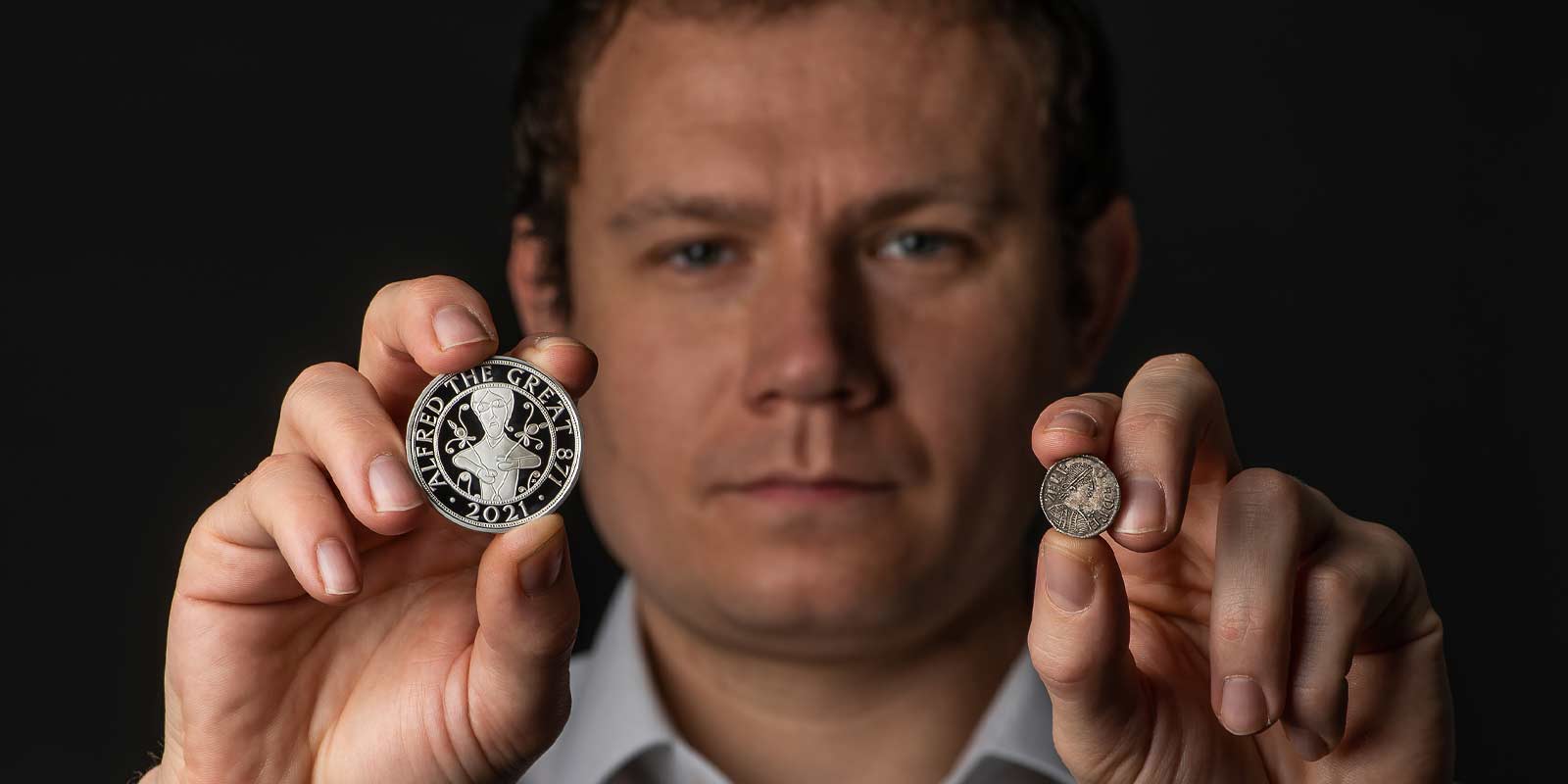 Celebrating 1,150 years since one of the most influential monarchs in British history was made King, The Royal Mint has today announced the launch of a commemorative coin collection honouring the life and work of Alfred the Great. The launch of the new commemorative coin comes just weeks after The Royal Mint’s Collector Services division sold an original Alfred The Great Silver Monogram Penny (871-899) for an impressive £18,700.

The coins of Alfred’s reign were one of the first to state exactly where the coin was minted, in London, and are regarded as particularly significant in the history of The Royal Mint.

Alfred (849-899), king of the West Saxons, was one of the great rulers in English history and the only English ruler called ‘Great’. He came to the throne facing Viking invasions but recovered to win the Battle of Ethandune, in Wiltshire, and force his enemies to sign the peace of Wedmore (878). To defend his kingdom, Alfred built fortified towns, strengthened local militias, and created England’s first navy. His unifying reign demonstrated military skill, far-sighted reform, piety and wisdom, which built the foundations for the modern monarchy of today.

Experienced coinage artist, John Bergdahl, has created an original design that features across the beautiful, accessible range of gold and silver commemorative coins for those remembering Alfred’s life and work this year. He took his inspiration from a precious artefact that embodies the monarch’s enlightenment and passion for education – the Alfred Jewel.

The Jewel, which came to light in 1693 having been ploughed up in a field in Somerset, features a portrait of Alfred which has been replicated onto the face of the new coins. It represents the pinnacle of Anglo-Saxon technological achievement, while the name of the monarch which it proclaims places it among the most precious of royal relics.

On the coin’s edge, there is an inscription ‘AELFRED MEC HEHT GEWYRCAN’ which translates to 'Alfred ordered me to be made’ taken from the etching on the Jewel.

John worked tirelessly to ensure the manufacturing of the coin was closest to the original Monogram Penny of Alfred the Great (871-899) and used ‘punch lettering’ to reflect the style of the period.

Rebecca Morgan, Divisional Director of Collector Services, said: “As the Original Makers of the Monogram Penny, we knew we had to remember this milestone anniversary. Alfred’s reign not only provided the British with strong leadership, but he also appreciated art and beauty, leaving us exquisite artefacts to draw inspiration from. From the sale of the historic penny to the launch of the new collection, we anticipate the design will be popular amongst our collectors.

“At The Royal Mint, we believe Britain’s greats must be remembered to ensure our country’s rich history lives on. We work alongside phenomenal designers such as John to create modern-day collections that pay homage to the past, to enable the nation to celebrate the legacy of inspired historic figures, such as Alfred the Great.”

The Brilliant Uncirculated variation in the commemorative coin collection is packaged alongside a timeline of Alfred’s life – pictures and text educate on the various triumphs and downfalls he faced, making the product a perfect gift for those fascinated by our history.

The Alfred the Great coin collection is available to purchase via The Royal Mint website today in Brilliant Uncirculated, Gold Proof and Silver Proof variations with prices ranging from £13.00-£2,590.00.

To find out more, visit: www.royalmint.com 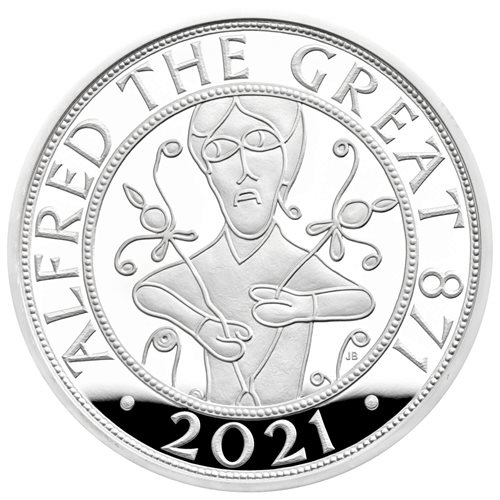 Born c.848, Known for his military successes and far-sighted cultural reforms, Alfred the Great is one of the most influential monarchs in British history.

The Royal Mint has an unbroken history of minting British coinage dating back over 1,100 years. Based in the Tower of London for over 500 years, by 1812 The Royal Mint had moved out of the Tower to premises on London’s Tower Hill. In 1967 the building of a new Royal Mint began on its current site in South Wales, UK, to accommodate the minting of UK decimal coinage. Today The Royal Mint is the world’s largest expert mint and has three main focuses as a business: Currency, Precious Metals, and collectable and historic coins.