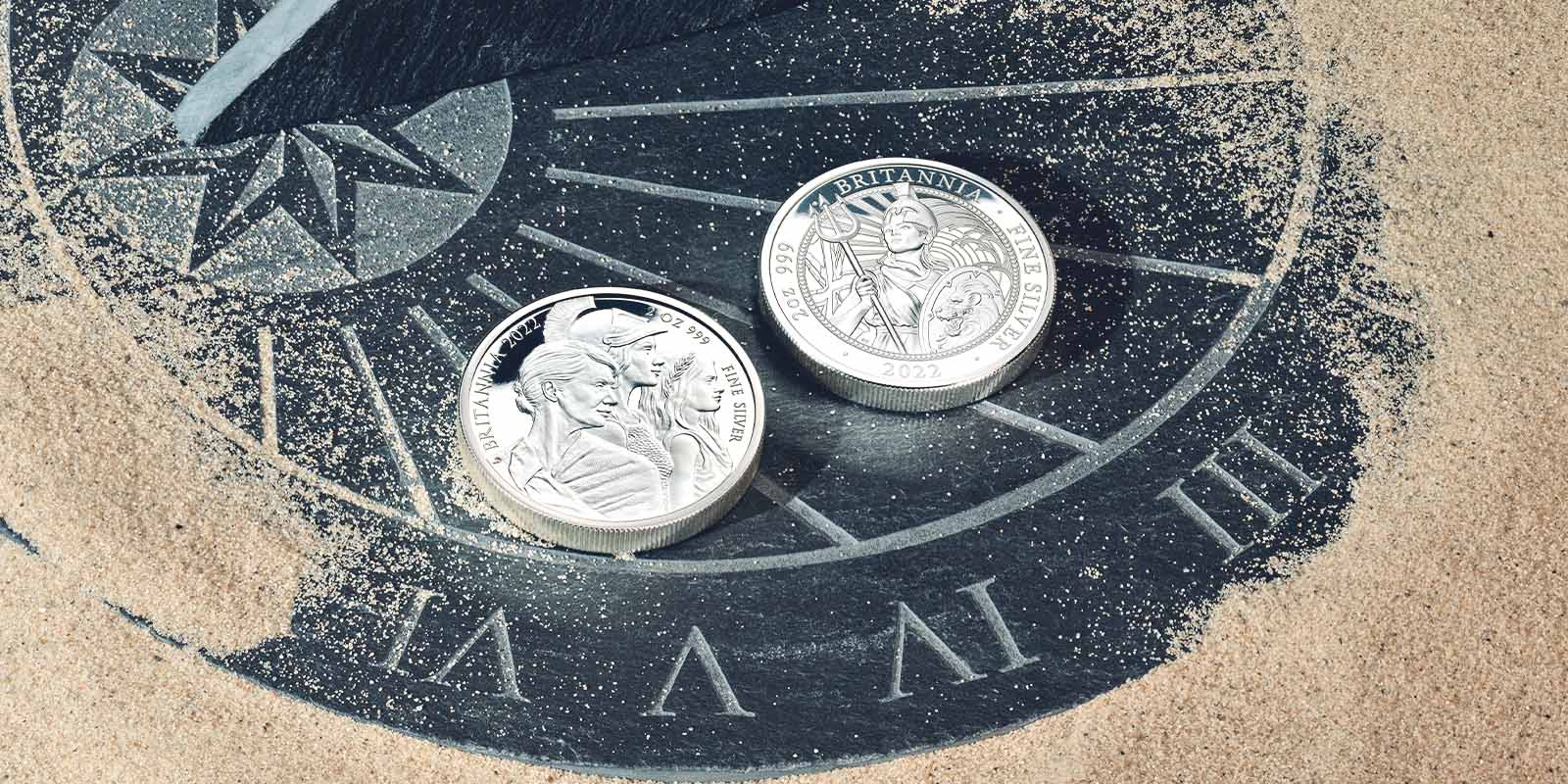 To celebrate International Women’s Day, The Royal Mint has unveiled a new depiction of Britannia, one of Britain’s oldest and most enduring feminine icons, on a collectable UK coin.

The new design is inspired by Gustav Klimt’s classic 1905 painting ‘The Three ages of Woman’ and features Britannia moving from girlhood to maturity. It is the first time that Britannia has appeared three times on one UK coin, and champions women of all ages as equal. It was created by Italian artist and sculptor, Sandra Deiana and updates a classic theme for modern collectors.

A second design also features in the Britannia range, capturing Britannia’s time-honoured and classical look. Made with pioneering laser technology to incorporate intricate details, this second unique design retains Britannia’s classical appeal, while displaying a modern vision and was developed by Daniel Thorne from The Royal Mint’s Product Design team.

Britannia first appeared on UK coins around 2,000 years ago under the rule of Emperor Hadrian. The Romans depicted Britain as a strong female – a symbol that has endured and continues to grace the nation’s coins today on the circulating £2 and commemorative designs.

The Royal Mint has a strong commitment to gender equality, and in 2018 appointed Anne Jessopp as the first female Chief Executive in its 1,100 year history. It has 50-50 representation on its Executive Board, and is one of a number of companies in the UK to have a gender pay gap which is marginally in favour of women.

Britannia remains one of The Royal Mint’s flagship coin ranges, with new designs released each year for collectors. Last year the collection featured the first depiction of Britannia as a woman of colour on a UK coin as part of commitment to reflecting and celebrating Britain’s diversity.

Claire Maclennan, Director of Commemorative Coin at The Royal said: “Britannia has graced Britain’s coins since Roman times, and is one of the most enduring female icons of our nation. On International Women’s Day we are delighted to unveil an original new design which champions women of all ages as equal. This beautiful new design reflects The Royal Mint’s own commitment to diversity and equality, ensuring women can prosper in all areas of our business and see themselves on the nation’s coins.”

Sandra Deiana, Designer of the Britannia 2022 commemorative coin, said: “I particularly love the Britannia theme – it is the most difficult concept I have faced so far and I will always remain connected to it. No one had harmonised three female representations together. I had to find a way to represent the Britannia icon in three different eras, through the three ages of woman.”

An Icon for the Twenty-First Century

We are proud to strike a fresh interpretation of Britannia on our coins every year. Celebrate this icon’s story with a stunning new design for 2022.