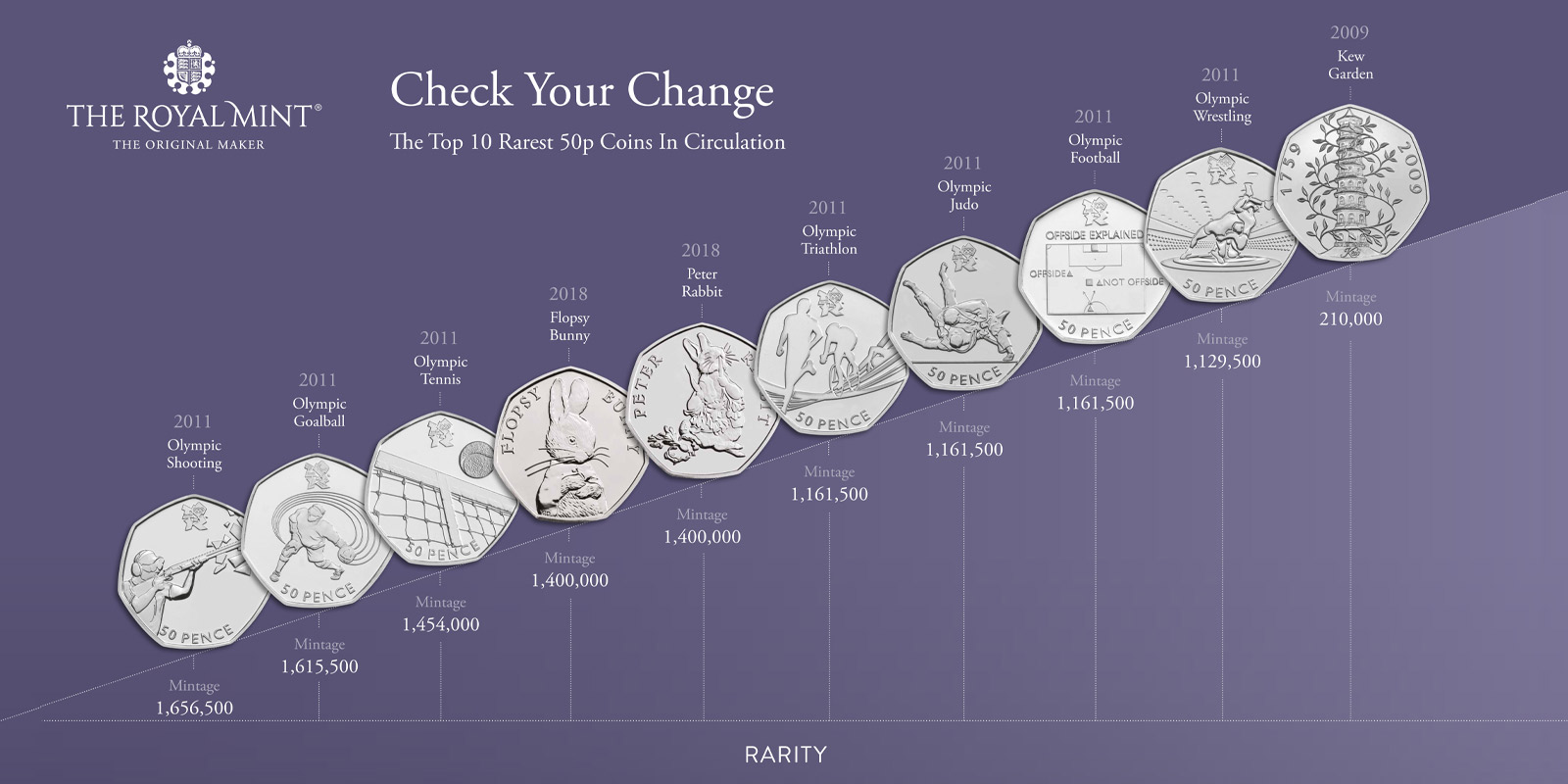 Download b-roll of the Withdrawal from the European Union 50p being struck at The Royal Mint: HERE

The Royal Mint has today posted the mintage figures for the calendar year of 2020, providing the only official guide to the rarest coins in circulation.

As well as the coins found in your change, the Royal Mint is the original maker of official UK commemorative coins, released each year to celebrate landmark events, anniversaries and individuals that have shaped our nation.

The 50 pence piece is Britain’s most collectable coin and provides the ideal canvas for special commemorative designs, which includes more than 70 themes in circulation. The famous 2009 Kew Gardens 50p is the most coveted coin in circulation, with a mintage of just 210,000. Other rare designs include the 2011 Olympic 50p’s and the highly collectable Peter Rabbit 2018 coins.

The Royal Mint’s Director of UK Currency, Mark Loveridge, comments: “Coin collecting remains a popular hobby, with circulating coins adding the extra excitement of appealing to new and avid collectors by showing up in your change when you least expect it!

“As the Original Maker of UK coin, we are delighted to continue to play our part in telling the story of our nation with the 2020 circulating 50ps, charting British Diversity and the much-anticipated Withdrawal from the European Union. With a mintage of 10 million, these are an accessible and exciting addition to the coins in our pockets, while The Kew Garden’s 50p remains the rarest coin in circulation since 2009.”

In addition to making coins for the UK, The Royal Mint is also the world’s largest export mint and produces coins and blanks for 30 countries in 2020-21.