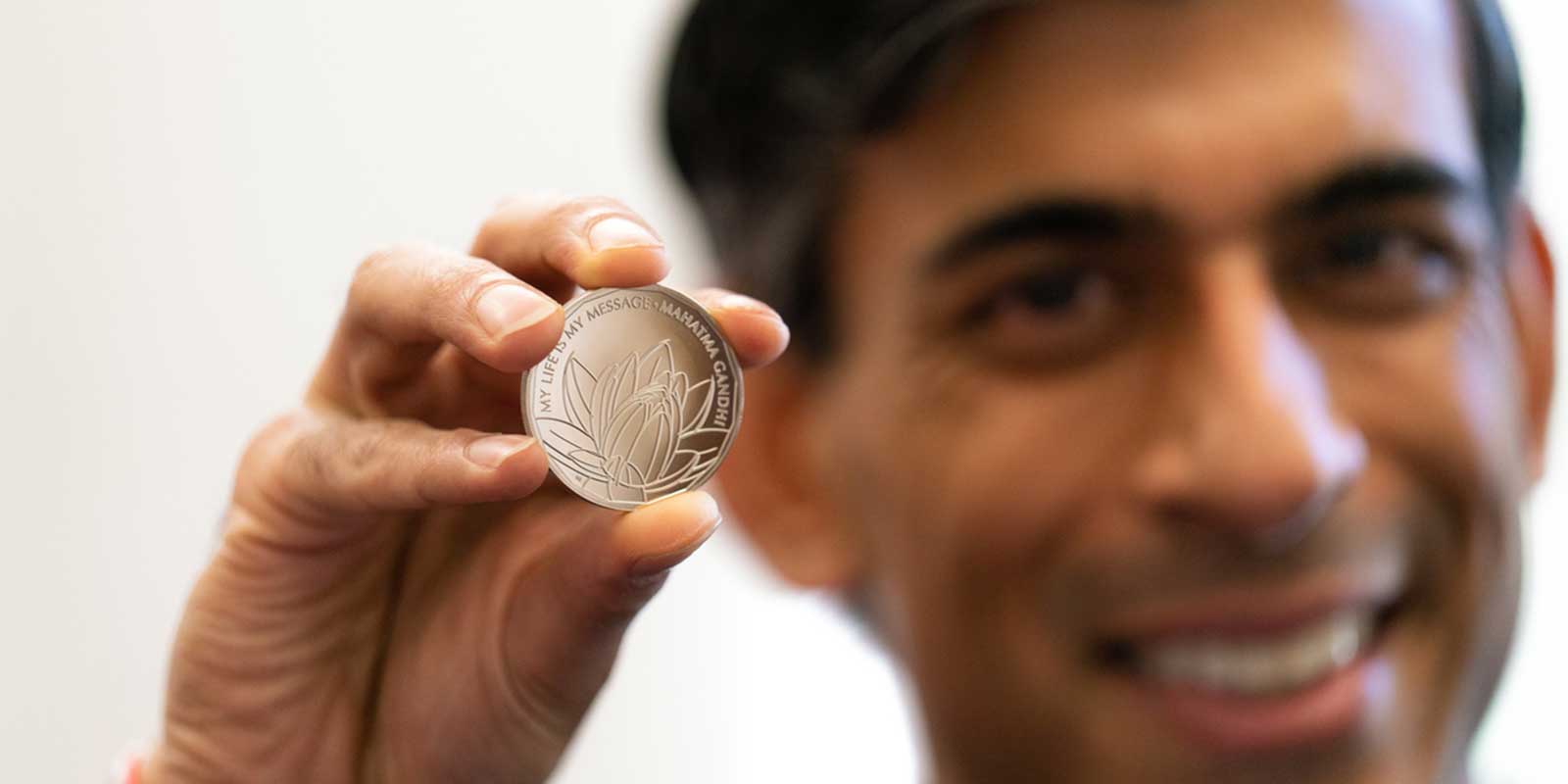 Chancellor Rishi Sunak has today unveiled a new £5 coin celebrating the life and legacy of Mahatma Gandhi – one of the world’s most influential leaders.

It is the first time that Gandhi has been commemorated on an official UK coin, designed and made by The Royal Mint. Struck in the 75th year of India’s Independence, the coin features an image of a lotus, India’s national flower, and one of Gandhi’s most famous quotes – ‘My life is my message’.

Born in Porbandar, India, in 1869, Gandhi was instrumental in the movement for Indian independence. His followers called him ‘Mahatma’, which means ‘great soul’, and he is still widely remembered by that name.

The new coin, designed by Heena Glover, is available in a range of finishes including a gold one ounce, silver one ounce and a £5 ‘brilliant uncirculated’. It is part of a wider Diwali collection offered by The Royal Mint, which includes 1g and 5g gold bars in henna packaging, and the UK’s first gold bar depicting Lakshmi – the Hindu goddess of wealth.

The 20g gold Lakshmi bar was designed in partnership with the Hindu community in South Wales, and on Diwali The Royal Mint will join celebrations at the Shree Swaminarayan Temple in Cardiff as worshippers offer prayers to Lakshmi and Ganesha for the coming year.

Rishi Sunak, Chancellor of the Exchequer and Master of the Mint, said: “This coin is a fitting tribute to an influential leader who inspired millions of people around the world for his social activism. As a practicing Hindu, I am proud to unveil this coin during Diwali. Mahatma Gandhi was instrumental in the movement for Indian independence and it is fantastic to have a UK coin commemorating his remarkable life for the first time.”

Nicola Howell, Chief Customer Officer for The Royal Mint, said: “We are delighted to unveil the first official UK coin commemorating the life and legacy of Mahatma Gandhi. The beautiful design has been struck in the 75th year of India’s Independence, and builds on the enduring relationship and cultural connections between the UK and India.

“Working with the Hindu community in our heartland of South Wales, we have also created a beautiful 20g gold bar depicting Lakshmi, the Hindu goddess of wealth and prosperity. We hope it will be a treasured addition for Diwali.”

More information about the Mahatma Gandhi coin and the Diwali range of gold bars is available at: www.royalmint.com 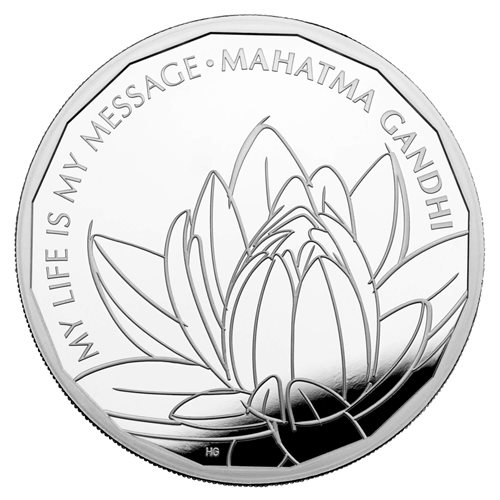