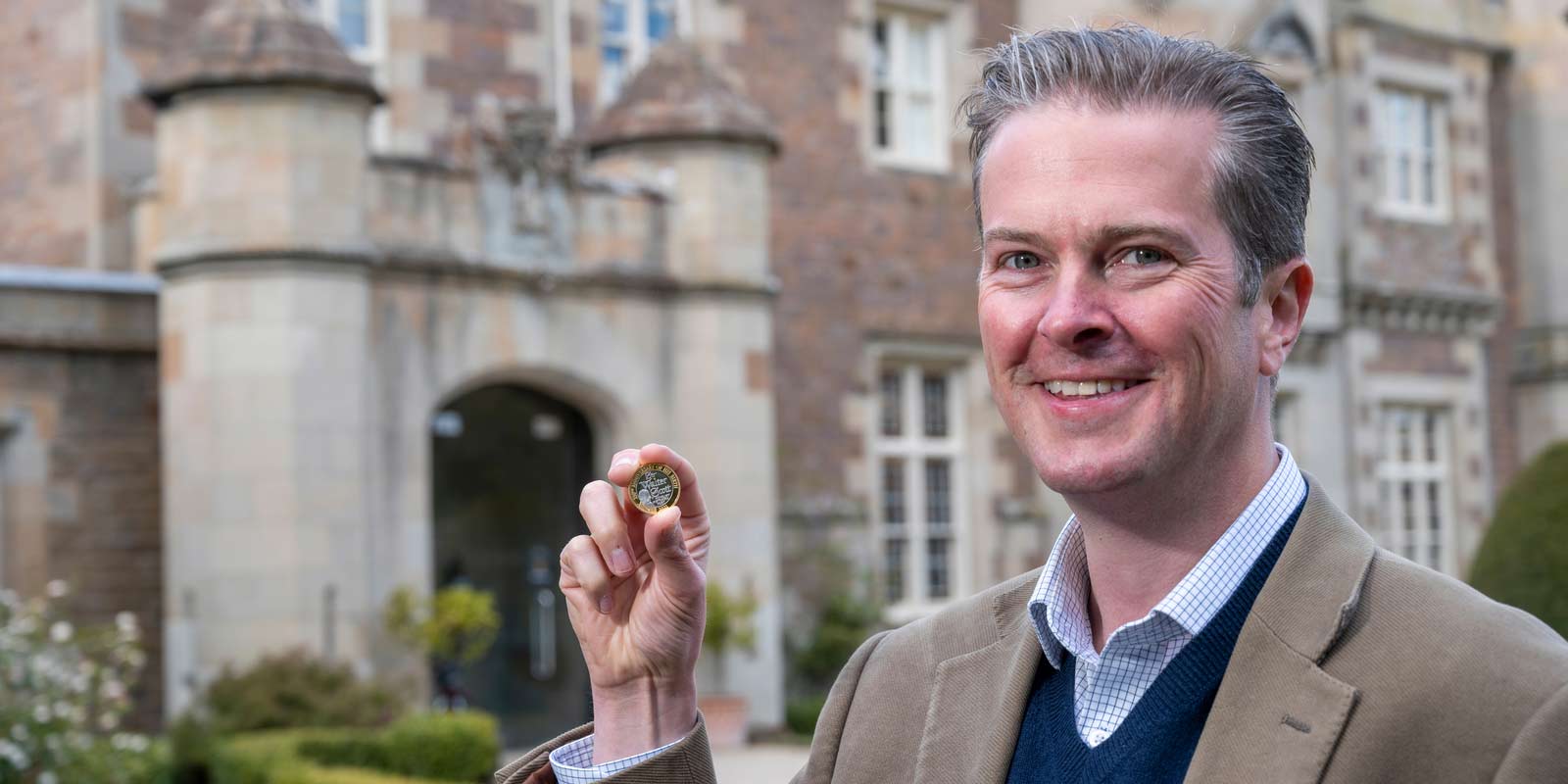 The Royal Mint, the Original Maker of UK coins, has today launched a commemorative £2 coin to honour the late Sir Walter Scott, 250 years after the great writer’s birth.

One of the most influential Scots in history, Sir Walter Scott is renowned for his contribution to literature with his novels and poems, many of which remain literary classics to this day.

Marking the 250th anniversary of his birth, Scott’s legacy has been celebrated for the first time on an official UK coin. Available in gold, silver and brilliant uncirculated, the commemorative keepsake was first unveiled in the 2021 Annual Set and today launches as an individual collectors’ item at The Royal Mint.

Designed by textual artist Stephen Raw, the coin was inspired by the artist’s visit to Abbotsford, the famous home of Sir Walter Scott. On the canvas of a £2 coin, the words Sir Walter Scott and Novelist, Historian and Poet are inscribed in the same calligraphy seen at Abbotsford’s grand entrance and chapel. The design also includes Scott’s portrait modelled on the Scott Monument – one of Edinburgh’s most iconic landmarks.

To celebrate the launch, the Original Maker collaborated with Scott’s Abbotsford home and Trustee and direct descendant, Matthew Maxwell Scott – the great, great, great, great grandson of the famous writer.

Clare Maclennan The Royal Mint’s Divisional Director of Commemorative Coin said: “Sir Walter Scott’s status as one of Great Britain’s greatest writers endures 250 years after his birth and the anniversary celebration is a wonderful occasion to commemorate his legacy on a £2 coin.

“The exquisite design, with the inscription Novelist, Historian and Poet, reminds us of the wide-reaching influence of his work. What a treat is has been to reveal this collectable piece of art in collaboration with his great, great, great, great grandson Matthew Maxwell Scott and the fantastic team at Abbotsford, the famous home of Walter Scott, as part of their Anniversary celebrations.” 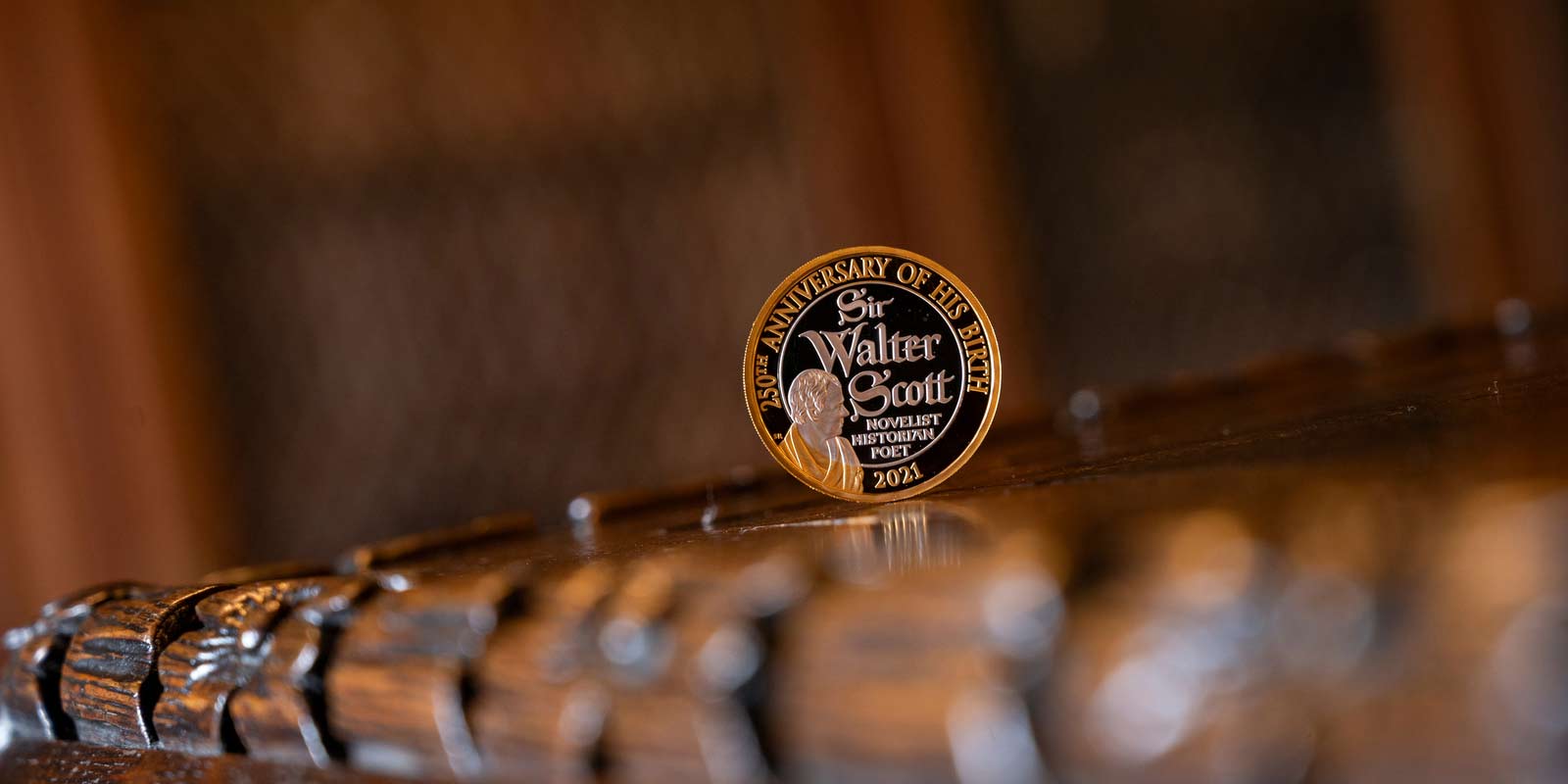 Matthew Maxwell Scott, Trustee at Abbotsford, said: “I’m extremely proud to see my ancestor recognised on a very special coin from The Royal Mint – a fitting tribute during a year of 250th birthday celebrations. It is a beautiful coin. Sir Walter was a collector of beautiful things and I think he would have loved to have this coin in his collection among the many treasures at Abbotsford.”

Giles Ingram, CEO at Abbotsford, said: “This year we are commemorating the 250th Anniversary of Sir Walter Scott, which is a great occasion to look at Scott’s work and legacy. At Abbotsford, we were delighted to be approached by The Royal Mint to collaborate with them on this beautiful coin. Recognising Scott as Novelist, Historian and Poet, 250 years after his birth on, such a beautiful coin and packaging, truly marks Scott as one of the world’s most famous writer’s and one of Scotland’s most influential sons.”

Speaking of the design, Stephen Raw, who also designed the Sherlock Holmes coin in 2019 and the First World War Armistice coin in 2018, said:

“Sir Walter Scott was such a fascinating character, there were so many routes that you could explore. Being a textual artist, I’m fascinated by lettering and I chose a combination of distinctive Gothic lettering from the chapel at Abbotsford alongside some lettering used by Scott in the magnificent entrance to his home.

“As for the portrait, I used the wonderful sculpture of Scott that sits within his monument on the Royal Mile in Edinburgh. I hope that collectors enjoy the design and that when people see the coin, they might be encouraged to visit Abbotsford and the Scott Monument – the second largest such memorial to a writer in the world they say.”

More information about the coin, in a range of precious metals, can be found at The Royal Mint. 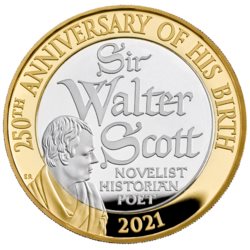 Sir Walter Scott was a prolific and talented writer and is renowned for popularising historical fiction.

Every coin tells a story, from a rare gold Sovereign to a Peter Rabbit™ 50p coin. The Royal Mint aims to inspire collectors young and old and nurture a love of collecting through unique designs and popular themes. As the maker of UK coinage, we have unparalleled knowledge about coins, from the historic coins of our past, through to the collectable commemorative coins of today.  Sourcing and authenticating pre-decimal coins is a natural fit for The Royal Mint as we struck each one.