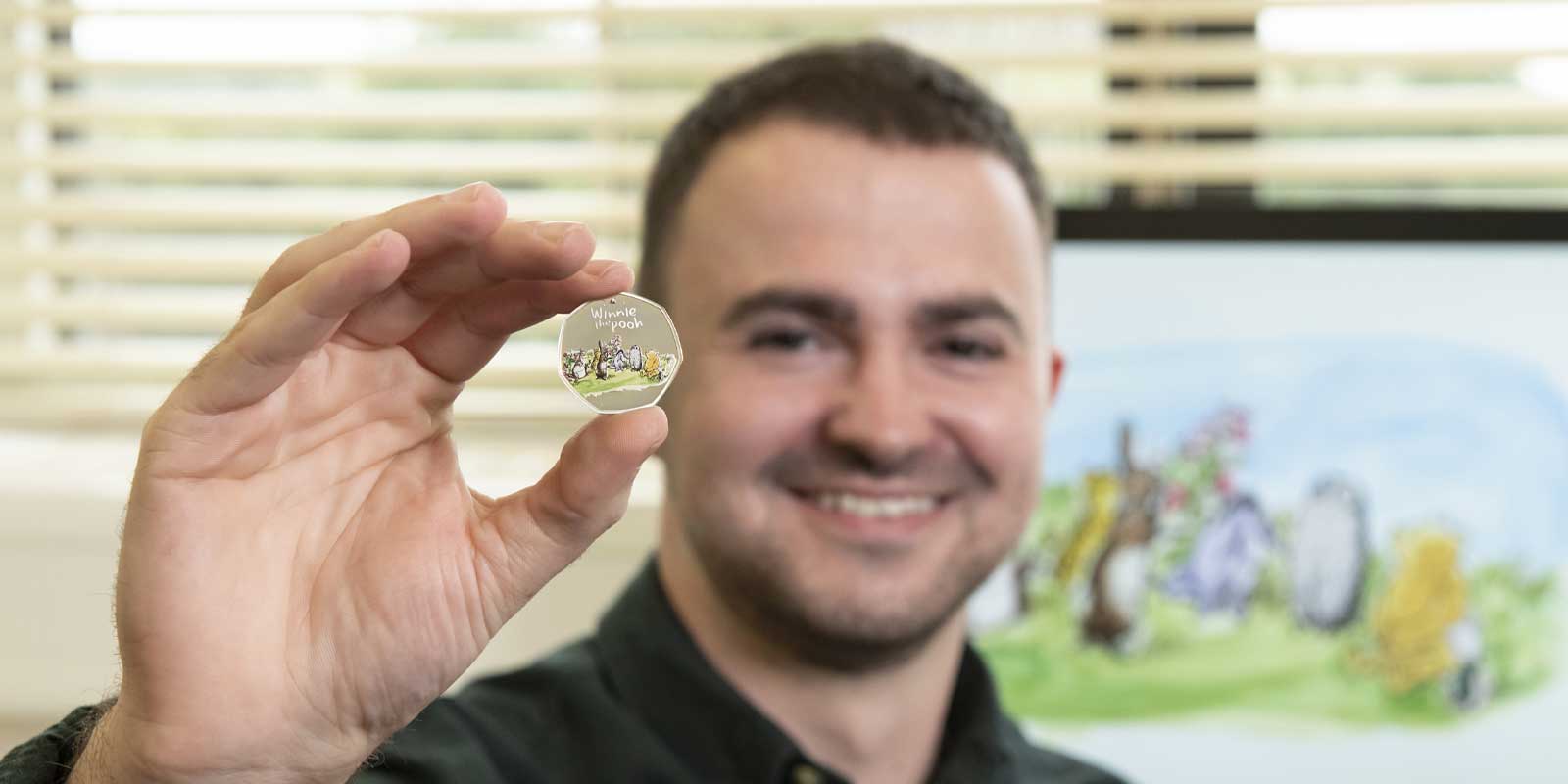 The Royal Mint, inspired by Disney, has today unveiled the next coin in their Winnie the Pooh and Friends collection. The latest collectable 50p coin features a group shot of the loveable characters, celebrating 95 years since the beloved bear first began his adventures.

The design of the coin is inspired by the original decorations of E.H. Shepard taken from the pages of A.A. Milne’s classic tales, first published in 1926.

The Royal Mint’s designer Daniel Thorne is the maker behind the nine-coin Winnie the Pooh series, which, in 2021, will also see ‘wise’ Owl and ‘wonderful’ Tigger brought to life on official UK coin.

Throughout the series, Thorne stayed true to the iconic E.H. Shepard decorations, while also adding his own special twist, with a bee motif which features on each design in the series.

Clare Maclennan, The Royal Mint’s Divisional Director of Commemorative Coin, said: “Winnie-the-Pooh is a treasured children’s classic which, much like the popular hobby of coin collecting, has been passed down through generations. As we celebrate 95 years of Winnie the Pooh, the latest design featuring Pooh and friends is a fitting tribute to the much-loved adventures.

She added: “Fans of Winnie the Pooh can enjoy the coins individually, or as part of the nine-coin collection released over three years. We are buzzing with excitement to bring these wonderful characters and memories to life on a collectable 50p coin series.”

“Using inspiration from the original decorations of E.H. Shepard has been a fantastic experience but one that has also tested me as a designer. With each design, so much care and attention has been given to remastering the iconic decorations for the canvas of a coin while staying true to the texts people know and love.

“I also wanted to add something extra special for collectors, with the bee motif. Inspired by the original decorations the buzzy bee from the storybooks features on each of the nine coins in the collection. I hope collectors can appreciate the beauty in each design in the range and enjoy the special colour editions.”

The 2021 collection is exciting news for collectors of the 2020 range which already sees Winnie the Pooh and his favourite honey, Christopher Robin and Piglet respectively on the canvas of a 50p piece.  Find out more about the collection at The Royal Mint. 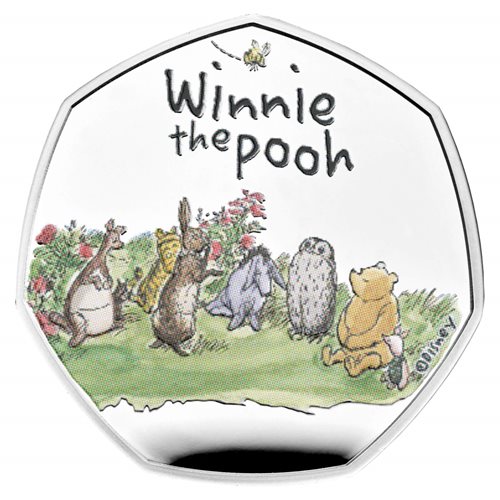 Winnie the Pooh and Friends

The first of three new coins for 2021 joins the popular collection, featuring the gang gathered together for the festivities in one of E.H. Shepard’s charming illustrations.