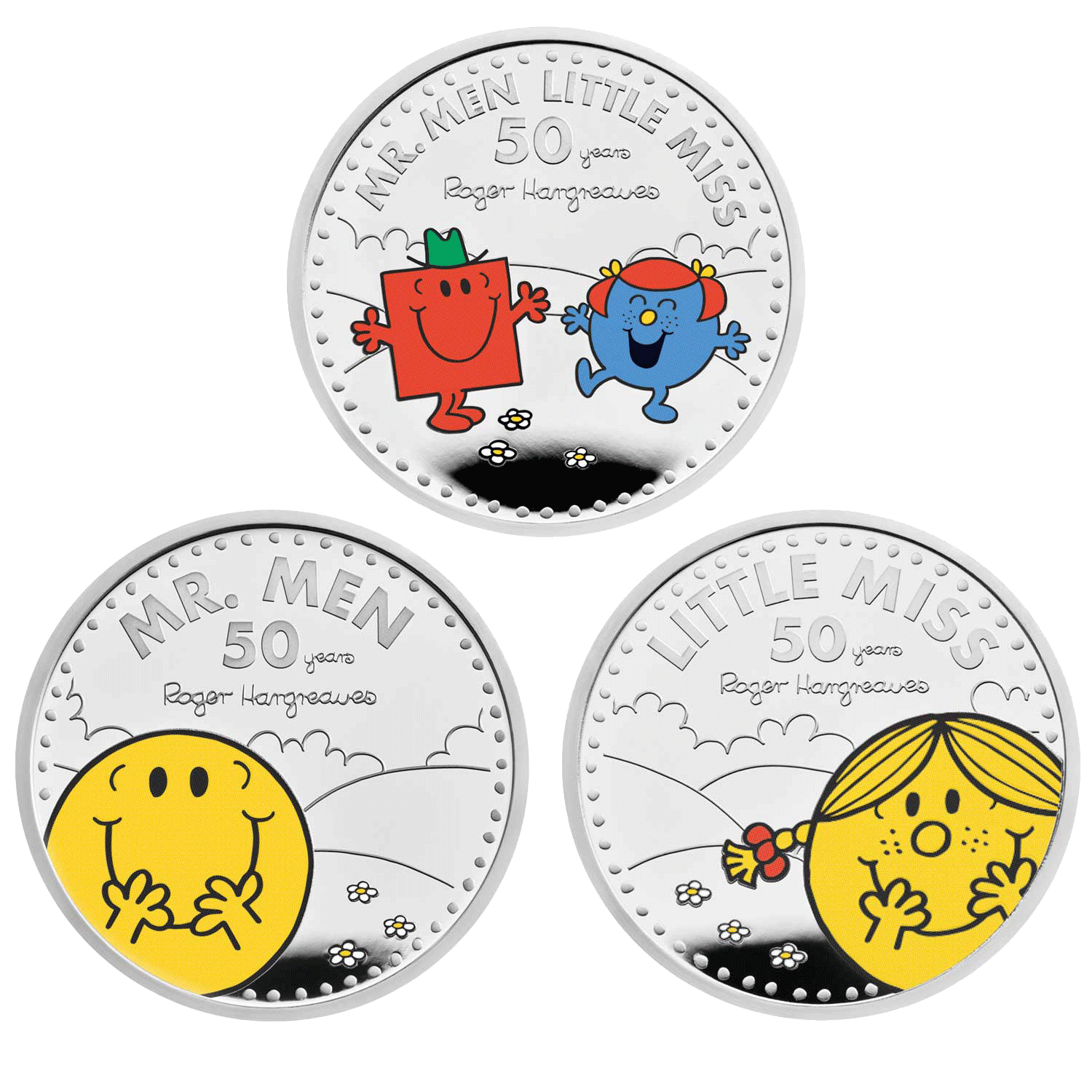 Under embargo 00:01 UK time, Tues 16th February 2021: The Royal Mint, the Original Maker of UK coins, has today launched a commemorative coin collection to celebrate 50 years of fun with some of the Mr. Men Little Miss characters.

Clare Maclennan, Divisional Director of Commemorative Coin at The Royal Mint spoke with Adam Hargreaves in a zoom call, where they discussed the designs and characters, the excitement around Mr. Men Little Miss turning 50 and what steps The Royal Mint takes to produce a coin that celebrates an occasion such as this.

“All three coin designs have been designed exclusively by Adam Hargreaves, son of Roger Hargreaves the original creator and illustrator of the Mr. Men Little Miss.  I had the pleasure of chatting to Adam in a recent zoom call and it was brilliant to hear his positive feedback on the range.”

Created by prolific illustrator Roger Hargreaves in 1971, the Mr. Men Little Miss books and their ever-growing world of ‘Happyland’ have become a global favourite amongst many. The inspiration came in the form of a simple question: what does a tickle look like? The answer was Mr. Tickle, who is now one of more than 90 characters in an ever-growing collection, read in multiple languages in more than 24 countries around the world. Today, the Mr. Men Little Miss characters are illustrated by Roger’s son, Adam, captivating a new generation of fans with each passing decade.

The first coin in the series features Mr. Happy and is available as gold and silver Proof editions, as well as a Brilliant Uncirculated edition and a special colour printed Brilliant Uncirculated edition, exclusively available from The Royal Mint. Visit www.royalmint.com/MrMen to view the full commemorative coin range.  The coin will not be going into general circulation.