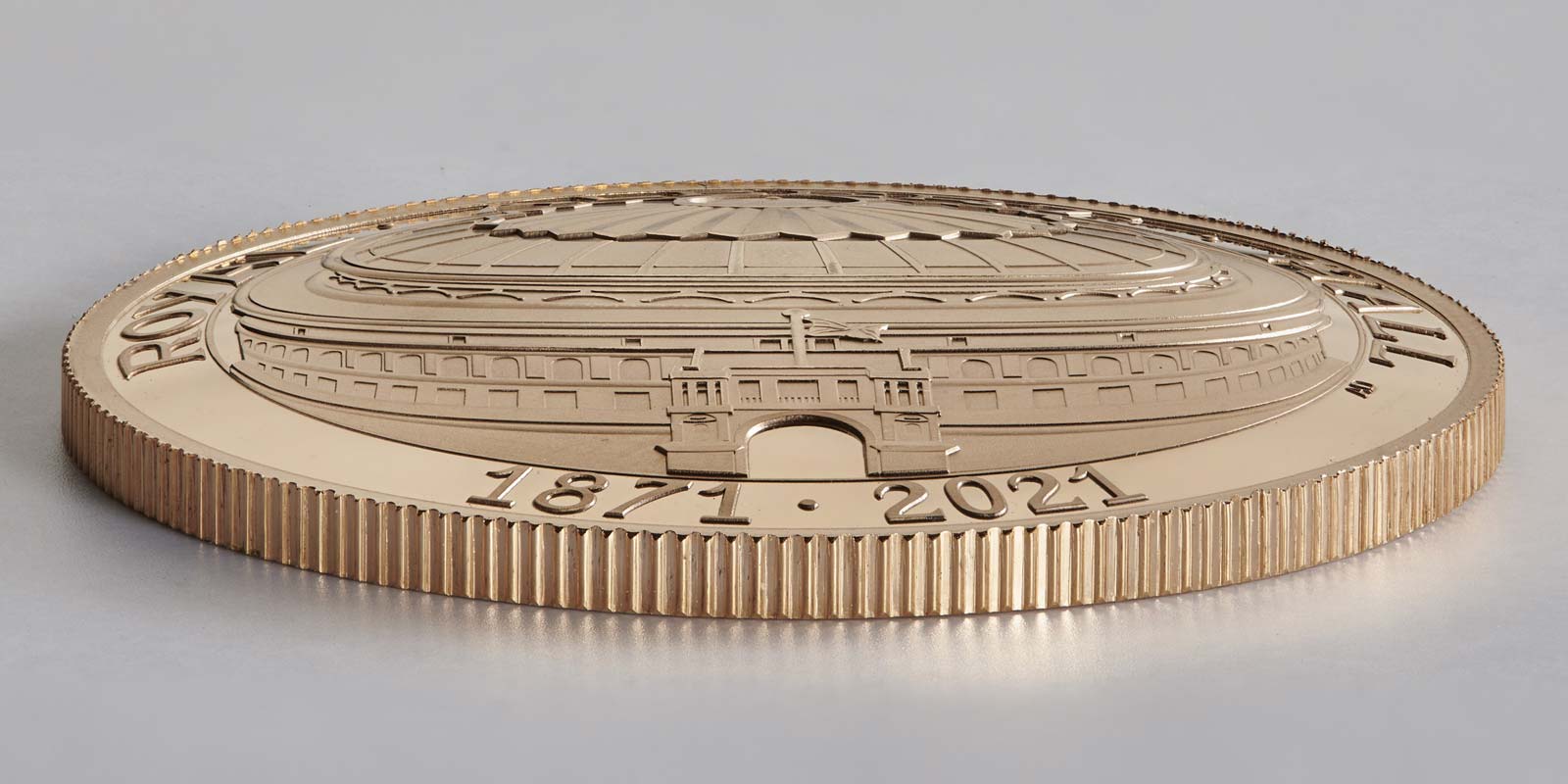 The Royal Mint, the original maker of UK coins, has released a new commemorative £5 coin celebrating the 150th anniversary of the Royal Albert Hall.  In honour of this landmark anniversary The Royal Mint have created the UK’s first-ever domed commemorative coin to highlight the architectural beauty of the venue.

Combining traditional engraving methods with the latest minting technology has allowed The Royal Mint to create a domed effect on the coin – a first for a UK coin. This technique created the opportunity to produce a convex surface to the coin, elevating the intricate details of the design as well as honouring the iconic architecture of The Royal Albert Hall.

The new commemorative coin has been designed by renowned artist Anne Desmet RA. Specialising in architecture artwork, Anne has immortalised one of the most treasured and distinctive buildings in the UK to honour the unrivalled legacy of historic performances at the Royal Albert Hall.

Clare Maclennan, Divisional Director of Commemorative Coin at The Royal Mint said, “We are delighted to celebrate the Royal Albert Hall’s historic 150th anniversary with a stunning new commemorative £5 coin and the UK’s first domed coin. The coin’s design captures the iconic architecture of the prestigious building in stunning detail, shining a spotlight on one of the most famous music and concert venues in the world. By introducing this new commemorative coin in partnership with the Royal Albert Hall, we hope people across the world will reminisce on their memories of this incredible venue.”

Craig Hassall, CEO of the Royal Albert Hall said, “Since its opening, the Royal Albert Hall has borne witness to, and played a central part in, seismic cultural and social change. The interests, manners and social mores of the people may have changed, but this beautiful building and what it represents remain the same a century-and-a-half later: a meeting place, a reflection of contemporary Britain, and a home for exhilarating live performance and events of international significance. I am so delighted that the Royal Mint have issued this commemorative £5 coin to mark our 150th anniversary.”

Built in 1871, the Royal Albert Hall has become synonymous with being the home of arts, sports and science in the UK. Over the past 150 years, the Hall has had an extensive list of individuals grace its main stage, from musical icons such as Elton John, The Beatles and Jimi Hendrix, to political giant, list Winston Churchill and Ronald Regan as well as leaders in the field of science like Stephen Hawking and sporting greats such as Muhammad Ali.

The commemorative coins will be available to purchase from www.royalmint.com in a range of precious metal and base proof finishes, prices start from £13.