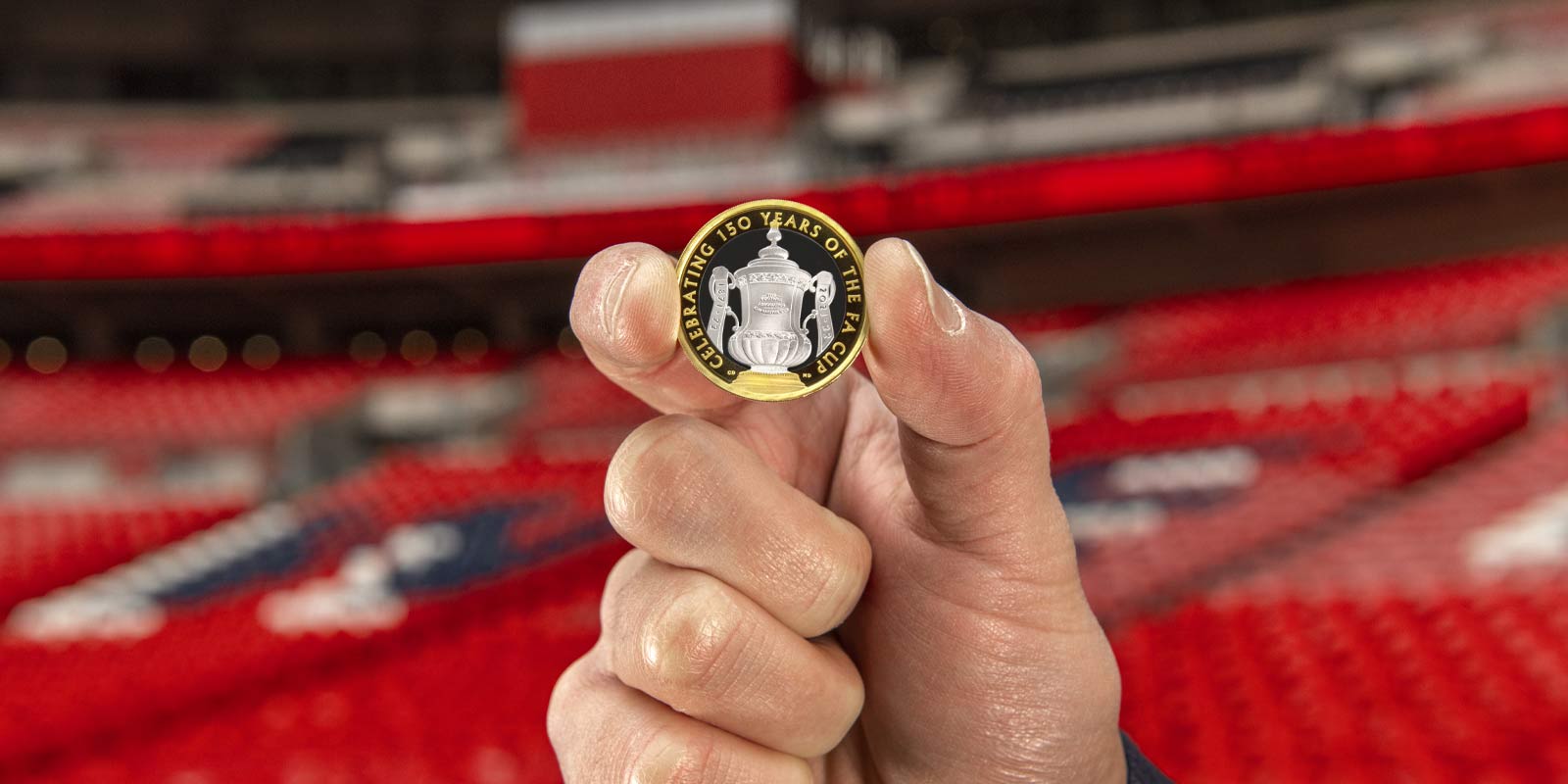 The Royal Mint has launched a commemorative £2 coin celebrating 150 Years of the FA Cup, in partnership with The Football Association (The FA) during their landmark anniversary season.

The collectable £2 coin features the iconic FA Cup trophy at the heart of the design and will take centre stage for the coin toss at the Emirates FA Cup Final at Wembley on 14 May – the showpiece event of the most historic domestic football cup competition in the world.

Designed by artists Matt Dent and Christian Davies, the coveted silverware appears in miniature on the £2 coin, combining The Royal Mint’s craftsmanship and innovation to achieve the accurate detail. The design is etched with celebratory ribbon alongside the words ‘celebrating 150 years of The FA Cup’. On the highly secure milled edge of £2 coin is the inscription ‘football’s greatest cup competition’, a further nod to the landmark celebration of football’s longest-running knockout competition.

The coin is available in a range of base and precious metal finishes for sports lovers and coin collectors to own an enduring memento of the 150th anniversary season. A silver version, with a certificate of authenticity baring the number 1, will be minted to the highest Proof standard for the coin toss in May.

The Royal Mint’s Director of Commemorative Coin Clare Maclennan said: “The Emirates FA Cup is an iconic footballing competition that has enabled clubs across the country to dream of lifting the coveted trophy for 150 years. In what is an extra special season for everyone involved in the game, we are thrilled to be working with The FA and celebrating the 150th anniversary of the much-loved competition with a commemorative £2 coin. Designed with the trophy at its heart, it is fitting that that the coin will be used for the coin toss during Final at Wembley in May.”

The FA’s Head of Player Status and Competitions, David Newton, said: “The parallels between The Royal Mint’s traditional craftsmanship and innovations, and the Emirates FA Cup’s rich history and evolution over the years mean that this special coin is an incredibly fitting celebration of the competition’s 150th anniversary season. We are delighted that it will be used for the Final’s coin toss and fans across the country now have the chance to take home their very own piece of silverware to savour for years to come.”

You can find more information about the collection at The Royal Mint from Monday 14 February, and read more about the design of the 150 Years of the FA Cup coin here. 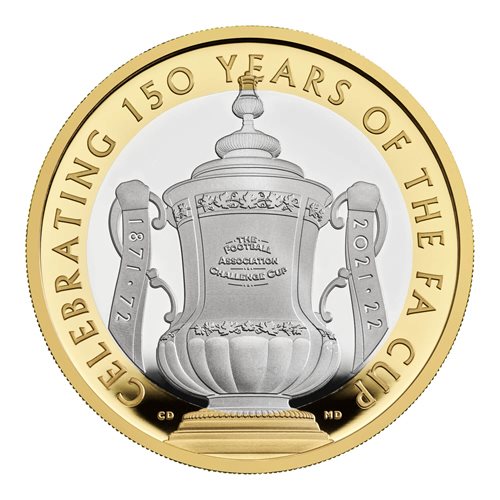 Celebrate 150 Years of The FA Cup

In 2022, one of sport’s oldest knockout competitions – The FA Cup – marks the 150th anniversary of the first FA Cup Final. For the first time, we are celebrating the competition with a UK coin.