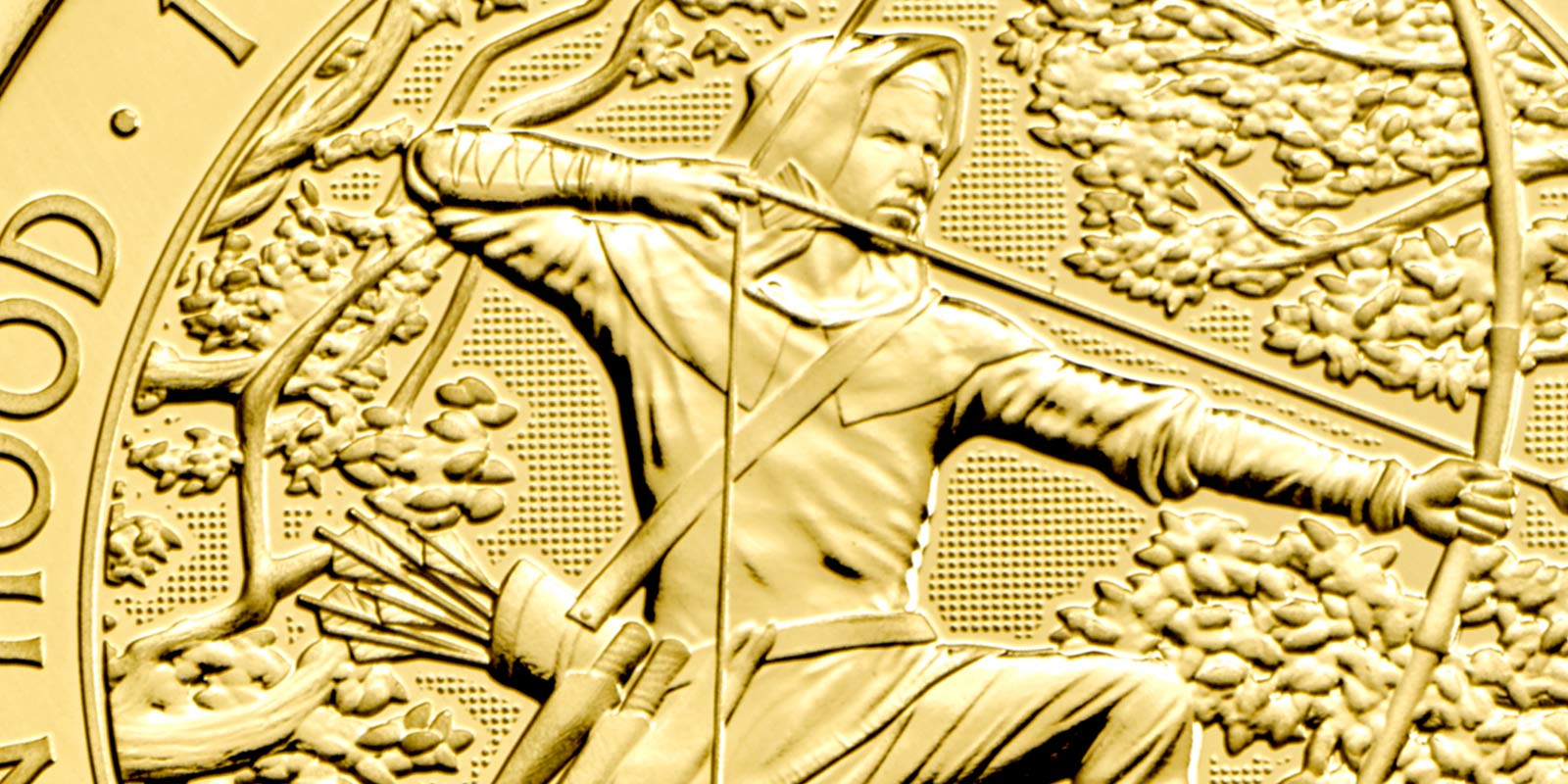 The Royal Mint has today launched a new Myths and Legends bullion collection, with the first coin featuring a modern interpretation of Robin Hood, available in a 1oz Gold Bullion Coin.  The coin also includes a secure, micro-dot background texture, emphasising the craftsmanship and security associated with The Royal Mint’s gold products.

Robin Hood has been depicted by designer Jody Clark with a bow in hand, ready to spring into action in Sherwood Forest. The portrait of Her Majesty The Queen features on the coin’s obverse, which was also designed by Jody Clark. Struck in 999.9 fine gold, each one-ounce coin is finished to The Royal Mint’s bullion standard, and is also available as a one-ounce silver edition.  Two more coins inspired by the tale will follow, featuring the courageous heroine Maid Marian and Robin Hood’s trusted companion Little John.

Andrew Dickey, Divisional Director of Precious Metals at The Royal Mint, comments: “At The Royal Mint, tradition has long gone hand in hand with innovation.  For an investment fit for the future, The Royal Mint is looking to Britain’s legendary past. Our new bullion coin collection is inspired by classic stories of myth and legend – combined with the latest innovation and security features.

Andrew continues, “As a leader in precious metals, The Royal Mint’s bullion range is recognised by investors across the globe and admired for the standards of quality and accuracy that you’d expect from a world-leading mint. Gold is regarded as a safe haven asset, and has increased in popularity this year as it has become more accessible.”

The Royal Mint has been synonymous with precious metals for over 1,100 years and is the trusted home of gold in the UK.  They are the primary producer of bullion coins and bars in Britain, as well as offering digital investment opportunities and safe storage, combining a flair for design with expertise in metalwork. The form has evolved from coin to bar to digital asset, including DigiGold and physically backed, exchange-traded commodities, as well as Little Treasures, a gold-backed savings account specifically for children, yet the value and appeal has been consistent.