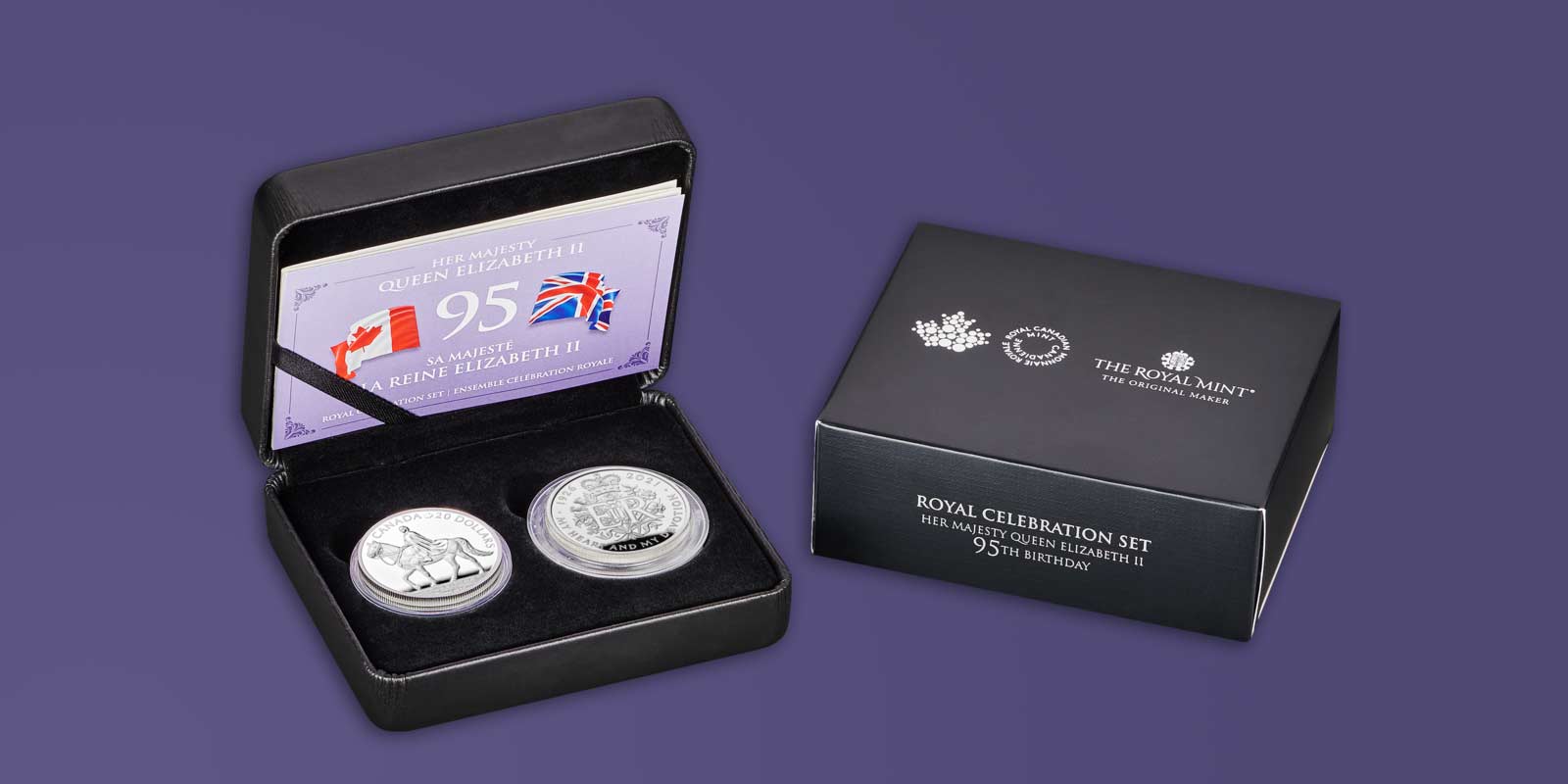 April 6 2021 – The Royal Mint and The Royal Canadian Mint have teamed up to celebrate the 95th birthday of Her Majesty Queen Elizabeth II with a special coin set featuring fine silver keepsakes crafted by both Mints. The set contains two one ounce coins struck in fine silver and finished to Proof standard to celebrate The Queen's sovereignty over Canada and the United Kingdom.  The coin from The Royal Mint features a floral design by Timothy Noad on the reverse whilst the obverse bears the fifth definitive coinage portrait of The Queen by Jody Clark.  Canada’s tribute to the shared sovereign’s personal milestone consists of a pure silver coin featuring a detailed engraving of the first-ever equine statue of Queen Elizabeth, proudly sculpted and displayed in Canada’s national capital.  This unique collector’s item is available as of today.

“The Mint has a time-honoured tradition of commemorating milestones in the historic reign of Queen Elizabeth II and we are proud to mark her 95th birthday through a unique collector keepsake,” said Marie Lemay, President and CEO of the Canadian Mint. “We are especially pleased to have been able to collaborate with The Royal Mint on this special project.”

The Royal Mint’s CEO Anne Jessopp comments: “It is wonderful to work with the Royal Canadian Mint to celebrate the 95th birthday of HRH Queen Elizabeth.  This joint set offers a beautifully crafted and unique way for collectors to mark the milestone.”

The Royal Mint recruited British heraldic artist Timothy Noad to design its pure silver coin. Its reverse, dated 1926-2021, includes the Royal Cypher, floral emblem of the nations of the United Kingdom, as well as the inscription “MY HEART AND MY DEVOTION”, from the Queen's first televised Christmas message in 1957.  The obverse features the effigy portrait of Her Majesty the Queen by Royal Mint designer Jody Clark.  This portrait was launched in September 2015 in conjunction with Queen Elizabeth becoming Britain’s longest-serving monarch.

Canada’s contribution to the 2021 Two-Coin Set - A Royal Celebration features elegant imagery of Her Majesty on both sides of a 1 oz. pure silver coin.  The reverse displays a reproduction of The Queen Elizabeth II Equestrian Monument, sculpted in 1992 by Canadian artist Jack Harman and unveiled by Her Majesty on Parliament Hill in Ottawa.  This majestic monument, showing the Queen astride her horse Centenial, presently graces the entrance to Rideau Hall, the official residence of Canada’s Governor-General. The obverse is a numismatic history showcase, with fine engravings of all four effigies of Queen Elizabeth to have appeared on Canadian coins throughout her reign.

The two-coin set, limited to a mintage of 6,500, is packaged in a black presentation case bearing the logos of both mints. The packaging includes a certificate of authenticity for each coin and a serialized card with a message from both mints.

About the Royal Canadian Mint

The Royal Canadian Mint is the Crown corporation responsible for the minting and distribution of Canada’s circulation coins. The Mint is one of the largest and most versatile mints in the world, offering a wide range of specialized, high quality coinage products and related services on an international scale. For more information on the Mint, its products and services, visit www.mint.ca.  Follow the Mint on Twitter, Facebook and Instagram. 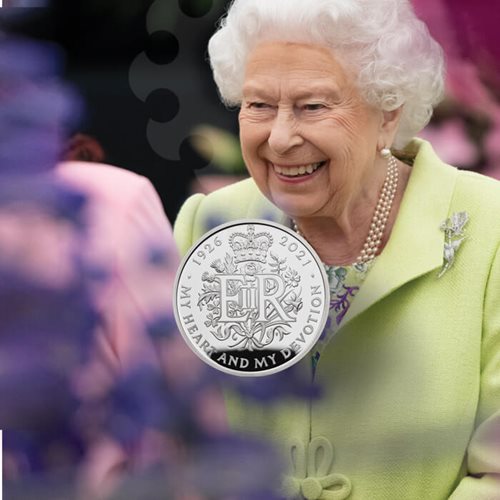 The 95th Birthday of Her Majesty the Queen

In 2021, Her Majesty The Queen reaches the latest milestone in a remarkable life as she becomes the first British monarch to reach a 95th birthday. To mark this historic event and personal achievement for The Queen, The Royal Mint has struck a range of official United Kingdom coins.