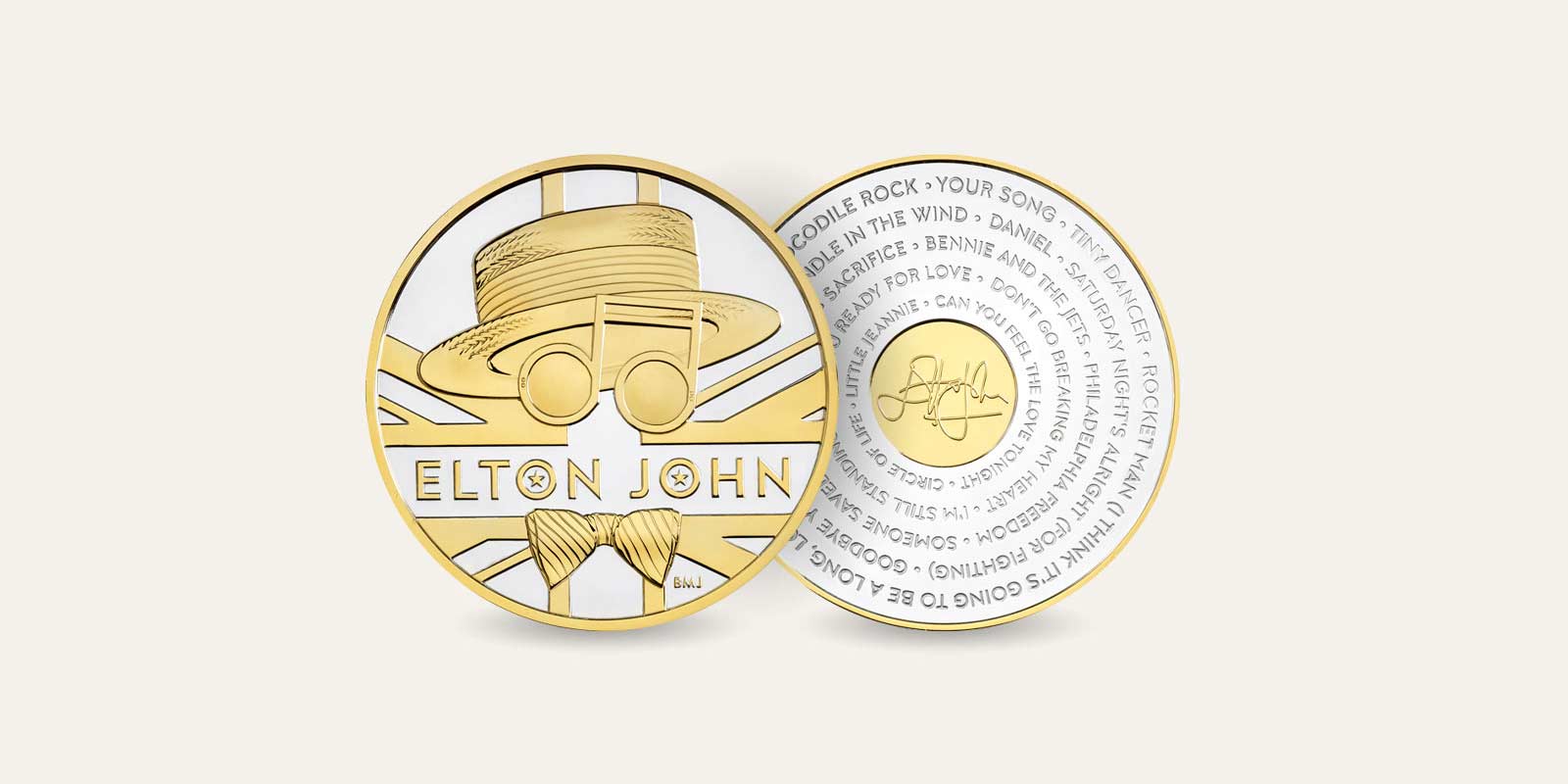 The Royal Mint has announced a special charity auction in conjunction with Elton John to raise money for the Elton John UK Charitable Foundation.

2021 sees the fiftieth anniversary of Elton John’s iconic album ‘Madman Across The Water’ featuring hits ‘Tiny Dancer’ and ‘Levon’.  Fifty years later, The Royal Mint is honouring the iconic career and hits of Elton with a piece of art of their own.

To mark the singer’s iconic career, and raise funds for the Elton John UK Charitable Foundation, The Royal Mint will auction a one of a kind silver medallion. The piece was commissioned exclusively for the Foundation and was hand-engraved by The Royal Mint’s Chief Engraver Gordon Summers as well as being lasered using state of the art technology to create the intricate design.

The medallion features Elton’s best-loved songs in a spiral motif on one side - including ‘Rocket Man’ ‘Goodbye Yellow Brick Road’ and ‘Crocodile Rock’ – with a replica of Elton John’s 2020 UK coin on the other.  The medallion weighs approximately 5 kilos in fine silver and measures 185mm. The unique piece features gold plating applied at Asprey of Bond Street, London.

The auction will take place online and open from Wednesday 21st April until Thursday 6th May.  Potential bidders can register on the Royal Mint’s website and place their bids from this day. The opening bid will start from £12,000, and all profits will go towards supporting the young musicians and crew affected by the challenges currently facing the live industry. As a long-standing advocate for emerging talent, Elton continues to work with the government, music industry and the artistic community to find positive solutions to these pressing issues. Funds will be distributed to relevant organisations via Elton John’s UK Charitable Foundation- a charity set up by Sir Elton John and his husband David Furnish. The charity was set up to allow Elton and David to make charitable contributions outside the world of HIV/AIDS. Since its formation in 2007, the EJCF has supported over 100 charities across a multitude of causes.

Elton John comments: “I’m delighted that The Royal Mint has created this amazing piece for auction and that the funds will go directly to the people supported by our foundation.  It’s beautiful and really impressive and also humbling to see so many of my songs depicted in this way.  Seeing my autograph engraved so precisely on the coin just goes to show the detail that’s gone into this piece – it really is a thing of beauty and I’m proud to put my name to it.”

Gordon Summers, Chief Engraver at The Royal Mint, comments: “We are proud to have a rich heritage of making intricate works of art from precious metals, and this was a particularly exciting project to work on. The medallion combines traditional techniques balanced with the use of state-of-the-art technology to create something as unique and impressive as Elton himself.  Taking inspiration from a record, we’ve spiralled the songs from the centre - ensuring the theme of music is reflected in every aspect of the design.

“We know the past 12 months have been hard for the charity sector, and we wanted to help support the important work of the Elton John UK Charitable Foundation. As this piece is 100% bespoke, it is a real collector’s item and we anticipate the auction being very popular.”

Although the medallion follows a very similar process to the creation of larger coins, it is not technically a coin as it does not bear the effigy of HRH Queen Elizabeth, as all legal tender includes.  It also does not have a denomination. 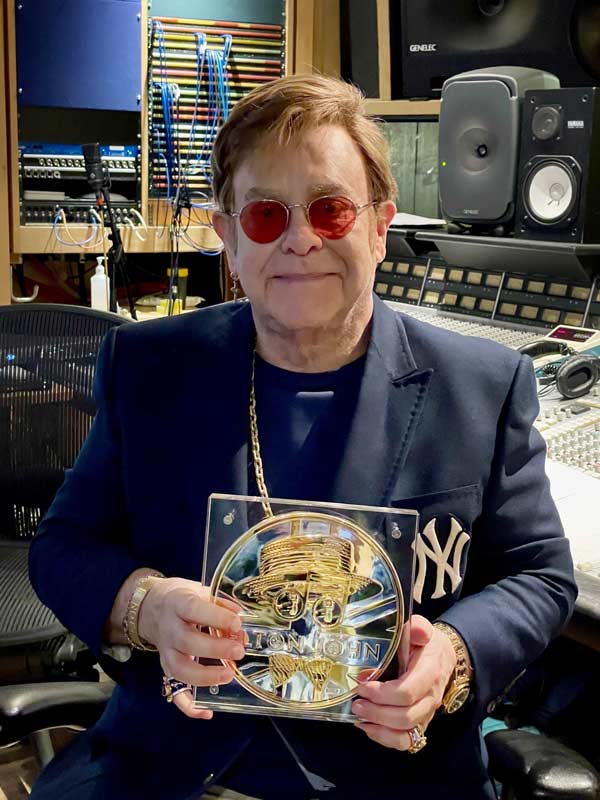 The auction is being held with support from Bidpath, an online auction platform that has worked with brands globally to deliver user-friendly and highly secure auction technology.

To bid in the auction, visit www.royalmint.com/elton-john-charitable-auction/