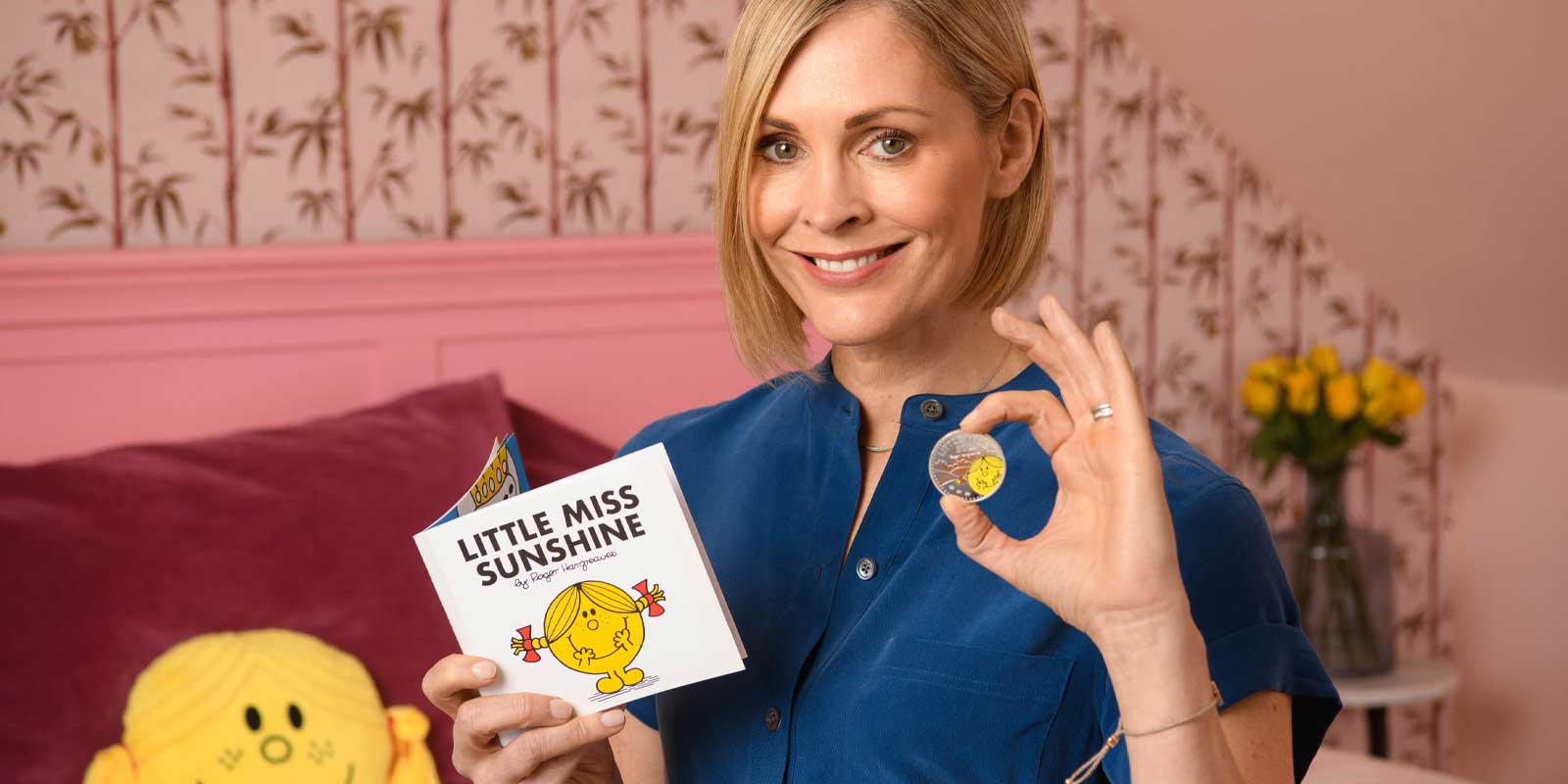 To celebrate the launch of the final design in the collection, The Royal Mint worked with avid coin collector, Jenni Falconer, to unveil vibrant ‘Little Miss Sunshine’ on a £5 coin. Jenni also revealed that the book, first introduced in 1981, is a firm favourite in the Falconer household.

“Collecting coins is such a fun family hobby, and the Mr Men and Little Miss designs will be treasured for years to come. I love seeing the coin and the book side by side as it really brings the character of Little Miss Sunshine to life.”

The Royal Mint launched the ‘Mr. Men Little Miss’ collection earlier this year to mark the 50th anniversary of Roger Hargreaves’ loveable characters. Each coin was designed by Adam Hargreaves, and other coins in the collection feature Mr Strong, Little Miss Giggles and Mr Happy.

Little Miss Happy has been recreated on a £5 coin in vibrant yellow, thanks to new technology at The Royal Mint. The coins are available as gold and silver Proof editions, as well as Brilliant Uncirculated editions.

Commenting on the launch, Clare MacLennan, Divisional Director for Commemorative Coin at The Royal Mint said, “We’re pleased to announce the final coin within our Mr. Men Little Miss series which showcases Little Miss Sunshine. We’re honoured to have Jenni Falconer on board for this project to remind parents and children of their love for the Mr. Men Little Miss characters.

“The success of the range has proven that collecting coins remains a popular hobby, and we’re delighted to continue making such vibrant designs to inspire future generations of collectors.”

Now entering its fifth decade, the Mr. Men Little Miss collection is still as popular as it was when it first began in 1971. Left in the capable hands of Adam Hargreaves, son of creator Roger Hargreaves and designer of the Mr. Men Little Miss coin collection at The Royal Mint, the brands legacy continues to captivate a new generation of fans with each passing era. The longevity of the book series makes these quirky little characters just as familiar to adults.

The third coin in the series featuring Little Miss Sunshine is available exclusively via The Royal Mint. Visit: www.royalmint.com/mrmen to view the full commemorative coin range. The coin will not be entering general circulation. 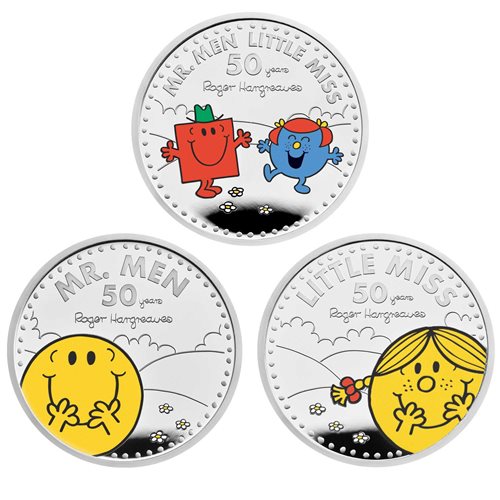 The Royal Mint has an unbroken history of minting British coinage dating back over 1,100 years. Based in the Tower of London for over 500 years, by 1812 The Royal Mint had moved out of the Tower to premises on London’s Tower Hill. In 1967 the building of a new Royal Mint began on its current site in South Wales, UK, to accommodate the minting of UK decimal coinage. Today The Royal Mint is the world’s largest expert mint and has three main focuses as a business: Currency, Precious Metals, and collectable and historic coins.