Chancellor Rishi Sunak passes the annual Trial of the Pyx 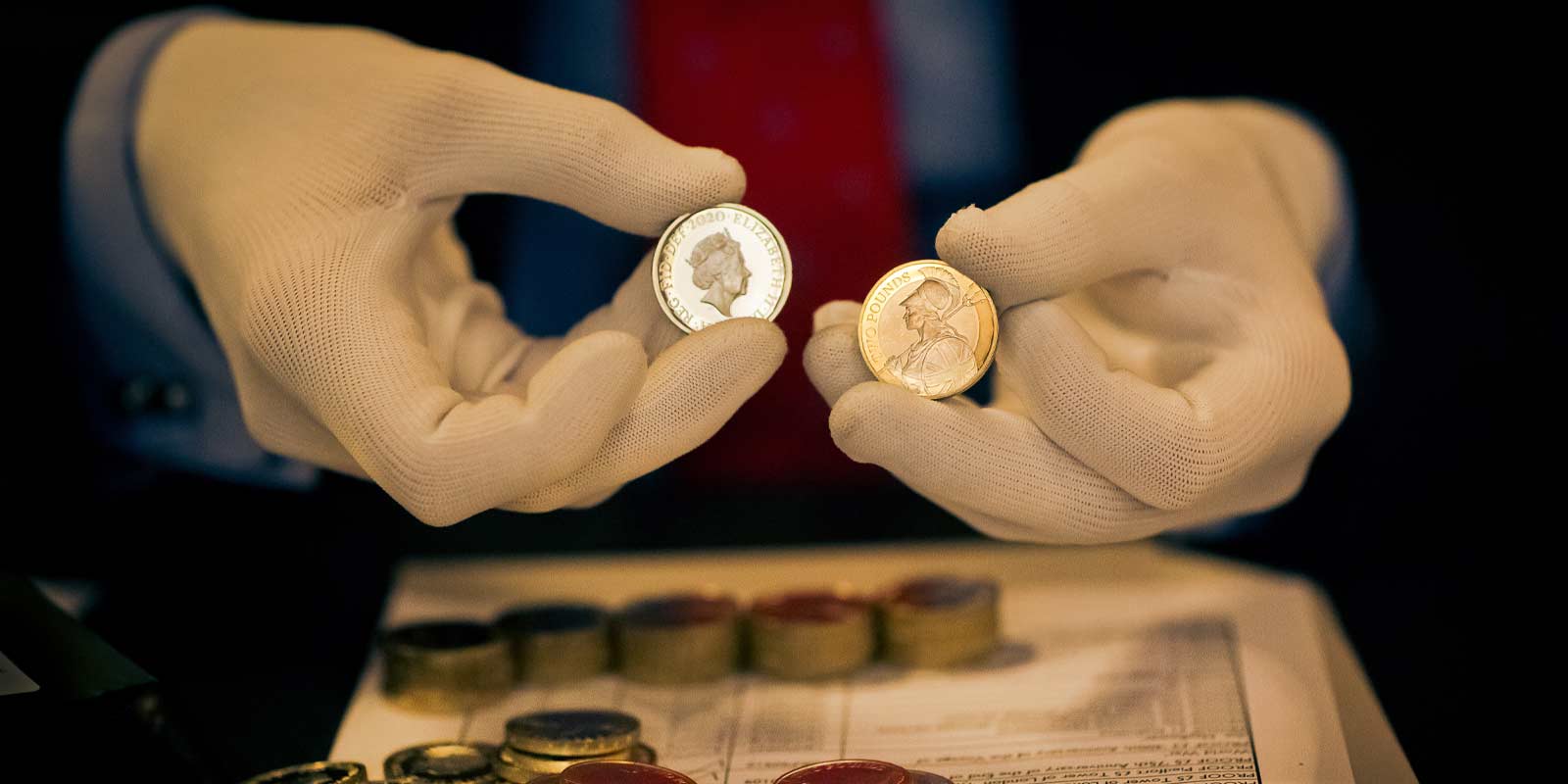 November 19, London: The Queen’s Remembrancer, Barbara Fontaine, today announced that the Chancellor, Rishi Sunak, has passed the annual Trial of the Pyx – one of Britain's oldest judicial processes – which ensures the quality and accuracy of the nation’s coinage produced by The Royal Mint.

This year’s Verdict – usually scheduled for late April, or early May – was postponed due to a later that normal Covid-delayed Trial in June.

Prime Warden (Chairs the Board) of the Goldsmiths’ Company, Dame Lynne Brindley, commenting on the Verdict today said: “It is the proud responsibility of the Goldsmiths’ Company to protect consumers by assessing and testing the nation’s coinage. We work with The Royal Mint to uphold the highest standards of quality and excellence, and to ensure the public can always depend on the integrity of coins.”

The Verdict marks the end of a three-stage process, which started in June, when a jury of goldsmiths carefully counted and weighed a selection of new coins. The Trial is usually adjourned for three months to allow the Goldsmiths’ Company Assay Office time to test the coins, which involves taking samples via drilling, and analysing the composition.

16,000 coins were brought to the Trial this year at Goldsmiths’ Hall in the City of London, the home of the Goldsmiths’ Company – a membership organisation that supports craftspeople, protects consumers and improves lives – who have been exclusively responsible for proceedings since 1580 and for testing the quality of precious metals since 1300.

Historically, failure to pass the Trial of the Pyx can result in a prison sentence or a fine of the equivalent deficiency for the Chancellor of the Exchequer, as Hervey de Stanton and William de Everden found out in 1318 and 1349, respectively, following poor test results.

The Trial fulfils a legal requirement imposed by an Act of Parliament (Coinage Act 1971) to conduct an examination by jury to ascertain that the coins of the realm, produced by the Royal Mint, are of the correct weight, size and composition.

Anne Jessopp, Chief Executive of The Royal Mint said: “The Trial of the Pyx is steeped in ancient tradition as one of Britain’s oldest judicial ceremonies, and one of the earliest forms of consumer protection. For hundreds of years our coins have been submitted to the trial on behalf of the nation – becoming a symbol of the quality and craftsmanship customers can expect from The Royal Mint.”

More information on the Trial can be found here

About the Goldsmiths’ Company

The Goldsmiths’ Company is a membership organisation that has contributed to national life for 700 years. We train and support jewellers and silversmiths, protect consumers by testing and hallmarking precious metals and work with charitable, educational and cultural partners to help people in need.

In a pre-welfare state society, trade guilds like the Goldsmiths’ Company provided a safety net protecting craftspeople, their communities and people who had fallen through the cracks in society. The giving of alms, or financial relief, is mentioned in the first pages of the Company’s earliest minute book in 1334.